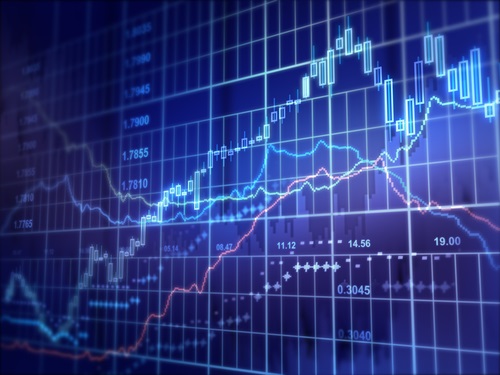 Brexit and British citizens in the EU

The big news for British expats resident in or travelling to the EU is, of course, that Brexit has now happened. We are past the transition period, having secured a deal on Christmas Eve 2020. Brexit, and particularly the issues of financial passporting, have already caused some significant headaches for British expats, and unfortunately this seems likely to continue. We have reported in the last few months on British banks pulling accounts from British expats – many decided it wasn’t worth paying the passporting fees for each nation state. But it isn’t just bank account closures that are causing problems.

EU regulations to limit the cost of sending money overseas still apply to the UK, but it appears that European banks have not entirely been playing by the rules. The banks are all part of the Single European Payments Area. Despite Brexit, the UK is still part of this, and banks should not be charging more for overseas transactions than they do for domestic ones. British banks, such as NatWest, removed their fees for digital international transactions when the new regs came in, but some European banks seem to have raised their fees for transactions to and from the UK since the end of December.

One British resident in Spain says that his bank, Sabadell, charged him €18 for receiving a payment into his account from the UK, and we have since spoken to other expats in Spain who have reported similar charges. Percentage charges of 0.3% to 0.5% have also been put in place. Financial experts say that this is because some payment regulations are no longer being applied to UK transactions, since the end of the transition period.

Spanish banks seem to have undertaken this with more zeal than those in other EU states, however, with some exceptions noted below. Confusingly, the imposition of charges seems to differ not only between types of account but between individual customers.

The European Payments Council says that, although the UK is still a member of SEPA, there is currently nothing to stop banks imposing these charges. It is worth keeping an eye on any transactions that you make between your overseas bank and your account in the UK, as this problem has been reported in countries other than Spain. Customers in Italy and the Netherlands have been particularly affected by the passporting issue, and many are still trying to sort this out, so a sudden imposition of fees is likely to cause further confusion. Customers in the Netherlands report difficulties registering new accounts if they only have a UK mobile number. Lloyds customers in these states, plus Germany, Slovakia, Ireland and Portugal, have also been affected.

If you wish to complain, you will need to do so to your financial regulator in your host country.

British landlords with buy-to-let mortgages may find themselves locked out of cheaper deals and locked into a particular mortgage product after Brexit, according to the press.

TSB is one bank that has prohibited everyone with an overseas address from switching to a cheaper buy-to-let deal. TSB is owned by the Spanish bank Banco de Sabadell, which seems to be taking a hard line when it comes to British customers. The future of TSB is in any case in question. At the end of last year, Sabadell brought in Goldman Sachs to find a buyer for the bank, which has been passed around ever since its split from Lloyds. Experts say that there is no obvious buyer, and that it is unlikely that any of the British banks would be interested in taking it over.

If you list a European address for your property in the UK, or if you have property on one side of the Irish border and live in another, then you may run into problems following Brexit. Again, speak to your bank if you have any queries.

The Guardian has been fielding queries about receiving pensions from British banks after Brexit. The ‘grim news’, it says, is that it is not yet clear how easy it is going to be to get your pension paid into your EU bank account. Again, check with your bank, and keep an eye on the changing financial news.

American expats in the UK may be interested in an upcoming seminar taking place in London this April. It is the initiative of Republican representative George Holding, who is proposing a piece of legislation entitled Tax Fairness for Americans Abroad. It is intended to be a cross-party initiative between Republicans and Democrats, who, despite the recent post-election ructions in the States, have common ground when it comes to this issue.

The aim of Holding’s bill is for US expats to be charged by their local tax authority, rather than on a worldwide basis. Thus, if you are a US expat resident in the UK, for instance, you will be taxed solely by the HMRC, and your income will be safe from taxation demands from the IRS. You will also be able to self-certificate, informing the IRS annually that you are a non-resident tax payer.

The pandemic seems to have had a swifter and more brutal impact on the Singaporean economy than analysts predicted. Employment in the second quarter took the biggest fall in the nation-state’s history. Fiscal stimulus schemes have benefited locals but have not done a great deal for companies with large numbers of foreign hires. Companies such as construction companies have had some financial input, but professionals, managers, executives, and technicians (PMET) organisations have not had government help.

With the increasing impetus to focus on local hires, overseas personnel may find it more difficult to secure jobs in the region in future, and the economy is expected to tank even further. A spokesman for brokerage firm Maybank Kim Eng says that expats are expected to account for 60% of future layoffs. This will have a significant impact in Singapore, since such a high percentage of the workforce is made up of overseas hires.