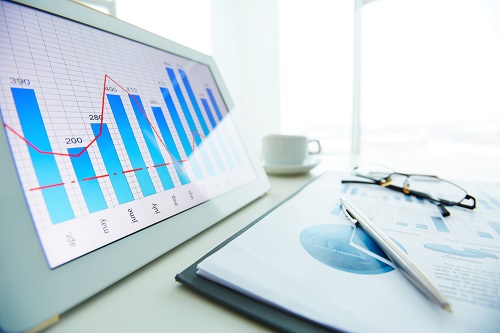 American tax specialists in the UK have highlighted a potential issue for US expats lurking in President Biden’s Build Back Better bill, if it is passed as currently written. Countries such as the UK, India, Australia and New Zealand, which have a tax year that is not in sync with the calendar year, could trip up US expats under the terms of the new bill. In Australia, for instance, the tax year is 1st July to 30th June, and in the UK, it’s 6th April to 5th April of the following year. For American expats, tax can be carried back and used for the previous year, but there is a danger that the new bill could erode this practice. Check with your tax advisor if you have concerns, and keep an eye on the progress of the new bill – which faces significant Republican opposition and may not be voted in.

There has been some welcome news for expats in Malaysia concerned about recent plans, on the part of the Malaysian government, to tax foreign sourced income (FSI). Expats who receive pensions or other income from abroad have been worried ever since this move was announced in the annual budget, and some expats have felt that this new legislation would adversely affect the Malaysia My Second Home (MM2H) programme. MM2H was sold on the premise that foreign income would not be taxed, unless it derived directly from investments in the country itself, so the news that it might be taxed after all has caused considerable and understandable consternation. FSI exemptions have been in place since 2004, and many expats have built their lives in Malaysia on the expectation that they would not be obliged to pay tax on it.

However, to the relief of all who may have been impacted, the government has now announced a u-turn; the exemption will now stand until at least the end of 2026.

Spain approved a new start-up law in December, which includes tax breaks for digital nomads and removes the need for a Foreigners’ Identity Number (NIE), although you will still need your tax number (NIF). The move is designed to encourage entrepreneurs to set up in Spain. Under the new law, forming and registering a start-up will become free, since notary and other registration fees have been waived. You don’t have to be present in person to set it up, and you can do so with just €1 as share capital. Moreover, during the first five years of your company – if it makes a profit – you will only have to pay 15% in tax, rather than the full rate of 25%.

If you’re a digital nomad, working remotely for a company that is outside of Spain, you’ll only have to pay non-resident income tax and not the full rate. If you’re an entrepeneur, you won’t have to pay double social security contributions for your first three years.

Part of the aim of this new legislation is to benefit the country in developing new technologies, as well as to attract entrepreneurs to the country. A new web portal – the Empresa Nacional de Innovacion SME (ENISA) – is being set up to allow you to register your company under the new law.

We have reported before on property in Singapore, and the situation continues to develop, with Bloomberg reporting in late December that rents in the city state are on the rise. Currently, rents are running at a six-year high, a consequence of increased demand. This is the result of various factors, including expats moving back to take up residence after the pandemic, and a shortage of properties due to construction being put on hold during Covid-19. A rise in stamp duty, imposed by the government, has also put expats off buying property, leading to an extra squeeze on the rental market.

The Economist Intelligence Unit reported in 2021 that Singapore is one of the most expensive cities on the planet, in line with Paris – but unlike the French capital, residents can’t simply move out to the countryside. Property companies are talking about endemic inflation, with apartments in the $1,800 to $2,900 monthly bracket bearing the brunt of rental rises. Banks told Bloomberg that a decrease in the number of vacant properties will put further upward pressure on the rental market. Property experts say that, given ongoing Covid restrictions on migrant construction workers coming into Singapore, they’re not expecting a significant market reset until 2023 at the earliest.

The South China Morning Post has reported recently that Hong Kong students keen to emigrate to Canada are being offered British postgraduate diplomas and degrees in six months, without actually having to send in any work or attend any classes. Some emigration companies appear to have been charging HK$120,000 to HK$250,000 (US$15,380 to US$32,050) for course fees, plus an additional HK$30,000 to HK$60,000 for tutors to produce the necessary coursework . Target universities, namely Anglia Ruskin in Cambridge and the University of Chichester, have responded to this report and told the press that they are unaware of this ruse.