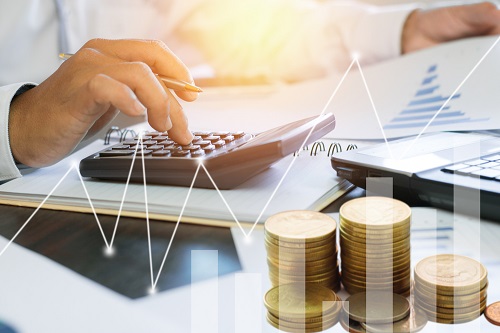 “I in 4” US expats considering renunciation of citizenship

According to a recent survey from Greenback Expat Tax Services, covering 3,200 American expats living in 121 countries, 1 in 4 US expats are intending or considering the renunciation of their US citizenship. The reason, which we’ve reported on before these latest findings, is tax: 77% of expats don’t think they should have to pay US taxes while they are abroad. Americans need to pay domestic tax while they are expats, on salaries, business profits and investment income. There are measures to avoid double taxation, but these in practice prove time consuming and difficult. Some expats are subject to Report of Foreign Bank and Financial Accounts (FBAR) filing, if your combined account income exceeds $10K pa, regardless of actual profit. Failure to do this can incur steep penalties – particularly ‘willful’ violations, which incur a very steep fine or 50% of the balance of your account.

86% of people surveyed felt that the US government was ‘less likely’ to address their concerns than those of domestic citizens, leaving them out in the cold when it comes to taxation law.

Many Australian expats in Singapore are unaware of the exit tax that the Singaporean Inland Revenue Authority is levying on people leaving the city state, according to a new podcast from Atlas Wealth Management. Around 30,000 Australians live in Singapore, and like everyone else, they are not subject to capital gains tax. However, people working for big corporate entities may be given shares or share options, which they can exercise and on which they don’t pay tax – at least at the time. Employee stock options, regardless of whether they are still vesting, will be subject to this exit tax. A million dollars in long-term stock options, which you can’t do anything with, can turn into a massive tax bill, even prior to exercising those options. This can come as a ‘nasty shock’ out of ‘nowhere’, says the podcast – and you have only seven days in which to pay. You may not have the money, since the stocks are still vesting, but failure to pay can negatively affect your visa.

Experts suggest seeking professional tax advice and to look at potential diversification. The podcast notes that it’s advisable to look into these hidden exit taxes wherever you’re based – different countries have different regulations, and exit taxes might not apply in all cases, but it’s wise to be prepared.

The United Arab Emirates is introducing an unemployment insurance scheme designed to cover those who lose their jobs. Minister of Human Resources and Emiratisation, Abdulrahman Abdulmannan Al Awar, confirmed the new scheme in May, after the UAE’s new Labor Law was brought into play in February 2022 and an overhaul of the visa regulations was also carried out.

UAE residents will now be able to pay AED 40 and AED 100 (£8.70/£22) into an annual insurance scheme, and will be eligible for up to either 60% of their base salary or up to a cap of AED 20,000 per month, if they lose their jobs. Expats will be eligible, whether working in the private or public sectors or in local or international companies. Luke Tapp for Pinsent Masons says that:

“The unemployment scheme, particularly when coupled with changes to visa options, provide a genuine and practical safety net for expat and Emirati employees within the UAE. One of the key obstacles in attracting talent into the region has been around job and financial security. Implementing a nationwide social security system is the most practical and effective way of addressing any such concerns.”

Spain is reviewing property taxes post pandemic, resulting in increased costs either at the point of sale or later on, and experts say that this could affect over a million expats resident in the country. Falling property prices have resulted in a decrease in sales transfer tax revenue. A review of the official valuation of sold properties and an increase in transfer tax amounts is thus underway to try to make up the shortfall. Critics say that these taxes are written into Spanish property law, but are often not explained properly to prospective buyers.

Buyers pay the quoted percentage of the sale price to the tax authorities at the time of purchase, only to find that they are facing an additional payment of between 8% and 10% of the agreed sale price, as the tax office will be working on the property’s actual value rather than on the agreed sale price. In addition, the tax can be applied up to four years after the sale, while the tax office catches up. If you are intending to buy property in Spain, make sure that you’re aware of any potential hidden costs well in advance, and take advice from property experts.

The BBC reported in late June that migration of expats from Hong Kong is currently high, with people demoralised by the territory’s draconian Covid-19 policies and political unrest. The HKSAR census and statistics department reports that mid-2021 has seen the largest number of people relocating since mid-1966, plus capital outflows of around $100 billion.

However, although the demographic of the city is changing, business leaders and academics say that Hong Kong’s day is not over yet. William H Overholt, senior research fellow at the John F Kennedy School of Government at Harvard University, told the BBC that Hong Kong’s relationship with China will ensure future growth. “Hong Kong will continue to be a very rich city even if foreign executives move out, or refuse to locate there because there are enormous numbers of very wealthy Chinese and powerful Chinese companies who are enthusiastic to move there.”

In addition, the Greater Bay area project, which connects 11 cities in southern China with Hong Kong in the middle, is likely to result in further economic revitalisation – the BBC reports that the zone’s combined GDP is already matching that of South Korea. Hong Kong is, some experts say, on track to become one of the flagship cities of a Chinese-led global economic empire.