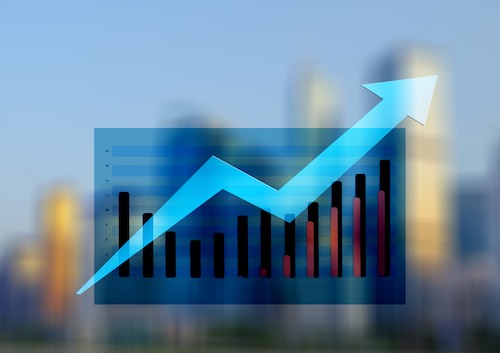 Hong Kong’s expats are asking whether they should stay in the city state or go, after problems caused by Covid, political unrest and the continued high cost of living. The latest survey from global consultancy firm Mercer, which analyses the cost of living in around 400 cities, reports that Hong Kong is still the most expensive city in the world for expats, beating Singapore, which came fifth. (Ashgabat in Turkmenistan is second and Tokyo is third, followed by Zurich). Global relocation service Asian Tigers Group says that there has been renewed interest among expats planning to leave the city, now that Covid 19 itself is starting to fade.There are also fears that the new national security laws will limit investment in the city. In early June the American Chamber of Commerce in Hong Kong undertook a survey and found 38% of about 180 participating members were considering departing from the city as a result of the new laws. Around 30% replied that they were considering moving assets including capital and business operations out of Hong Kong, again due to the new legislation.

Some commentators believe that Hong Kong is lagging behind more attractive urban competitors in the region, such as Singapore and Shanghai, when it comes to investment and innovation, and with the recent upheavals in the city, more and more expats are considering their options elsewhere. However, landlords in Singapore have reported an increasing number of requests for rent reductions since the pandemic has started to have an economic impact.

Hong Kong is not the only expat haven currently experiencing an exodus. Dubai is seeing a retreat, too. The impact from Covid and the not unrelated plummet in oil prices mean that the country is no longer quite such an attractive proposition for Westerners.

Oxford Economics has suggested that the United Arab Emirates could lose 900,000 jobs: a huge number in relation to the population. Dubai is the most expensive city in the Middle East, again according to the Mercer report. As the economic squeeze tightens, fewer companies are including inducements such as health insurance or school fees in their employment packages. Jobs are being slashed as a result of the pandemic, in the airline industry and in long haul carriage: the Emirates Group is looking at laying off 30,000 members of staff, for example.

Ziad Daoud, Bloomberg Economics Chief Emerging Markets Economist, has been quoted as saying that an ‘exodus’ of expats is possible from the UAE and in mid June it was reported that this in fact underway, with nearly 12,000 expatriates, mainly Indian and Egyptian, leaving Kuwait on a number of repatriation flights. Over 7,000 Filipinos have left the UAE since April. These returns are said to be permanent, with overseas workers reporting that their salaries have been cut to the extent that they have no option other than to return home.

In Saudi Arabia, recent research by Jadwa Investment suggests that 1.2 million expat workers could leave the Saudi labour market by the end of 2020, affecting sectors such as administration and food services.

However, in June Dubai repoened its border to visitors once more. Shopping centres and private businesses are also reopening. Dubai relies heavily on the tourism and retail sectors so will be hoping to regain some lost ground.

Estate experts Knight Frank report that Australian expats (based mainly in China, Hong Kong, Singapore, the US and the UK) are looking increasingly at purchasing a base back home in Australia. 29% are looking at a permanent move and 14% are planning to buy a second home. The majority of 57% are looking for a 50/50 home that will provide them with the option to return to Australia permanently in the long-term. Most expressed an interest in property at the higher end of the market, particularly in cities such as Sydney and Brisbane.

More generally, the International Labor Organization predicts that over a billion workers globally are at risk of pay cuts or job losses since the pandemic struck. The instability is forcing some expats, like the Australians above, to reconsider their permanent choices, with investments plummeting and the possibility of social instability in their host country once the economic downturn really starts to kick in. Elderly expats resident in Mexico have reported concerns about this, for instance.

Meanwhile the Spectator reports this month that some airlines are offering rock-bottom deals in an effort to attract customers back after Covid although their attempts are somewhat hampered by the ongoing uncertainty regarding ease of travel once various countries’ lockdowns are lifted. BA – recently in the news for the scale and number of its layoffs – are offering low cost last minute summer flights. If you are able to fly, and decide to do so, make sure you read through the airline in question’s cancellation policy and the ease of changing your flight. Check FCO guidelines if you’re travelling out of Britain, or the American equivalent, as flying non-essentially when you’re not supposed to can invalidate your travel insurance.

It is advisable to pay with a credit card, as you will then be protected under Section 75 of the Consumer Credit Act if your trip is cancelled.