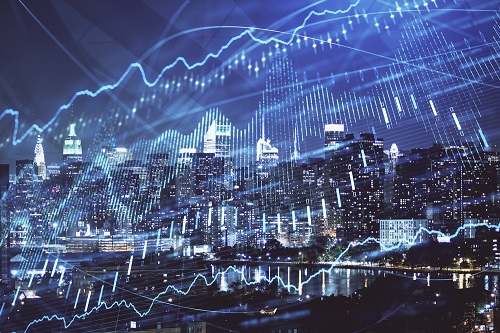 The EU is starting to clamp down on the practice known as chaperoning. Just as a young Victorian woman could avoid scandal when visiting a man by taking another woman along with her, so traders can avoid censure by including a colleague who is licensed to work in the EU bloc on Zoom calls or other meetings. Financial watchdogs, such as The European Securities and Markets Authority, have warned City traders not to rely on the practice in an attempt to try and circumvent Brexit. Regulators in the Netherlands and Eire have said that they are keeping an eye on the practice and intend to clamp down on it.

The Central Bank of Ireland “expects that firms are adequately resourced, that decision-making takes place in the Irish entity and that where regulated services are being provided, it is the Irish regulated entity that is providing them. A business model based on chaperoning of UK financial services firms… is likely to be inconsistent with these principles.”

Under EU regulations, clients in the bloc need to have solicited advice from London traders, rather than the other way round. “It’s nuanced,” a senior financial regulator lawyer at a UK law firm, speaking on the condition of anonymity because of clients’ concerns around the legality of their Brexit workarounds, told the financial press earlier this week. “Where firms have someone EU-based sitting in on a call who is genuinely leading sales conversations, that is fine, and that tends to be what’s happening in larger organisations. But where you have a chaperone who is just sitting in on a call to be seen to be sitting in, then that’s questionable. You see that happening in smaller firms.”

This could lead to firms becoming subject to administrative or even criminal proceedings. Some UK law firms have warned that companies don’t want regulators looking too closely at their cross-border practices, and other commentators say that firms want things to be as they were before Brexit – unfortunately, this is an unrealistic aim. Firms must comply with the law or set up a significant presence in the bloc. Many have already done so, with an estimated 7,600 jobs moving from London to Dublin, Paris and Amsterdam.

Expats report that finding somewhere to live in Singapore has become a somewhat easier experience post-pandemic, with the local economy taking such a hit from Covid-19 that, in January 2021, the city state entered recession for the first time since the Global Financial Crisis. Although Singapore has taken steps to ‘localise’ hires, 29% of the population still come from overseas. However, Minister of Foreign Affairs Vivian Balakrishnan said mid 2020 that “the only reason we have foreigners here is to give an extra wind in our sails when the opportunity is there. Now we are in a storm, and we need to shed ballast.”

Some of that ‘ballast’ has already left, and the downturn in the economy has meant that remaining expats have a wider choice when it comes to accommodation, with one telling the Asia property press that she had managed to negotiate 20% off the rent for her new place. However, aspiring tenants should note that the recession is not expected to be a long-term phenomenon. It is anticipated that the economy will pick up in the next quarter, partly due to the city-state’s robust Covid-19 response.

We have reported before on Australian expats’ return to their country of origin after the Covid-19 pandemic. In June 2021, the Daily Mail reported on this phenomenon, commenting that some expats are taking lower-paid jobs further down the corporate ladder just to get a foothold back home. Lawyers, for example, are taking jobs in financial compliance – a consequence of the recent Royal Commission into Misconduct in the Banking, Superannuation and Financial Services Industry. After this 2017 initiative, Australian banks have been obliged to improve customer outcomes and support. The Bank Conduct and Culture Review by the Financial Markets Authority and the Reserve Bank of New Zealand, which followed, recommended that banks must have processes to protect vulnerable customers. All banks have policies and processes in place to assist customers with vulnerabilities (such as those with gambling addictions).

Covid-19 put a block on this effort, but some returning expat lawyers have reported that they have found jobs ‘surprisingly easily,’ with those with legal financial expertise being in high demand in the wake of the Royal Commission. Sydney-based bank and financial services provider Westpac has agreed to pay a $1.3billion fine for breaching money-laundering laws 23 times, and with this sort of abuse falling out of the commission’s findings, there’s a clear need for legal input!

However, some expats have still found it difficult to obtain the kinds of salaries that they commanded abroad, and have found themselves working in Australia, but for overseas managers – with some time zone repercussions.

Financial advisors note that overseas investors are buying into the UK Treasury debt at a record rate: £11.3bn in gilts were sold to overseas investors in April, and the total for the 12-month period is now up to an all-time high of £89.8bn. The Financial Times says that a pent-up demand for UK assets, caused by uncertainty over the last-minute Brexit deal, is partly the cause for this sudden rush to acquire. Experts say that it will constitute an additional boost to the pound, but that the proportion of UK government debt owned by overseas investors has actually decreased, due to record levels of government borrowing over the course of the Covid-19 pandemic. The biggest player in the gilt market still remains the Bank of England, but this will gradually be stepping back. Investment bankers say that we are looking at issuance of more than £200bn a year at least until 2025.