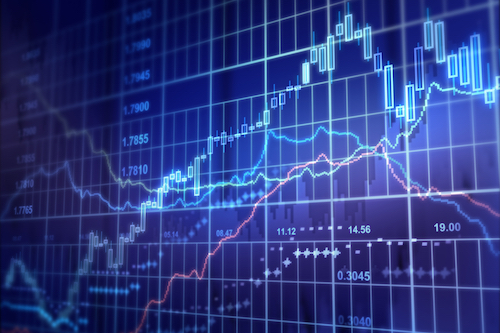 Global consultancy Mercer has released a report in the last month which shows that 45% of expats in the UAE either have no plans which will secure them a reasonable standard of living after they retire, or are planning on continuing to work. 61% reported having no long term savings, and 45% believed that their end of service benefits would be sufficient.Mercer says that their research revealed a ‘lack of financial awareness’ among expat residents. Tarek Zouiten, Retirement Business Leader at Mercer UAE, said that the percentage of expat employees in the UAE who are not financially prepared for retirement was ‘very concerning’ and that employees needed to understand that the current level of end of service benefits will not be enough.

He says that under the current programme, serving a company for 25 years will only provide two years of basic salary, whereas the average employee will need 12 times their total salary to maintain a decent standard of living after they retire. A ‘fundamental mind shift’ is needed, says Mercer.

British expats in Thailand, a popular retirement destination, are experiencing financial losses due to the pound’s fall after Brexit. A year ago, the Thai government introduced new regulations stipulating that expats will need a security deposit of 800,000 baht ($25,364) in a Thai bank account for two months prior to applying for a visa, or a monthly income of 65,000 baht, or a combination of the two which will total 800,000 baht.

Thailand has been tightening its immigration rules, leaving some elderly expats stranded: unable to return to their home nations, they are now finding it a struggle to live in Thailand as well. The drop in property prices has not helped those who have been planning to sell up. However, despite all this, the number of visas issued to British expats has still been on the rise.

Expats in finance bail out of Hong Kong

Political unrest and the Covid-19 outbreak have formed a ‘double whammy’ when it comes to working in Hong Kong. Many expats in the finance industry in the city, one of the world’s biggest markets, have been told to work from home, but some have gone further – by literally going home.

Relocation companies are reporting a rise in enquiries from expats wanting to move either back to their country of origin, or elsewhere in Asia. School closures due to Covid-19 may prove the icing on the cake. The heads of both the British and French chambers of commerce have warned that the city-state is facing ‘an exodus’ and a number of expat bankers reported anonymously to Bloomberg that they were staying away until the outbreak is over.

Expats in Italy are watching with dismay as the virus lockdown sends the country’s economy into freefall, with Treasury officials estimating that Italy’s economic output has been reduced by around 10-15%.

Lorenzo Codogno, the Italian Treasury’s chief economist from 2006 to 2015, estimated that tourism and transport had fallen by about 90%, retail (not including food stores) was down 50%, and factory output had fallen by about 10%. Italy’s economy is now formally in recession, a concern to expat residents who are currently prevented from leaving the country.

US expats are increasingly finding that their accounts are being shut down by American banks and brokerage firms, including Morgan Stanley, Merrill Lynch, TIAA, Edward Jones and Wells Fargo, due to their non-resident status.

Restrictions such as banning the sale of US mutual funds to non-residents are coming into force. Treasury Department regulations, brought in to tackle money laundering, are also placing an added compliance burden on institutions.

Travel restrictions brought in to try to delay the spread of Covid-19 are causing job losses among expats working in the aviation industry, with global aviation firm CAPA predicting that most of the world’s biggest airlines will become insolvent by the end of May. US-based Delta has, for example, grounded 40% of its flights. Airlines are burning up their liquidity and greatly reduced funds are coming in.

Travel restrictions have also been bemoaned by Singapore’s banking community, who say that banking is still a face-to-face industry which will be significantly affected by travel restrictions and quarantine. Short trips are now ruled out as finance workers will not want to self isolate, so only deals which necessitate spending weeks or months in another country are being countenanced, said one Singapore-based banker.

Landlords in the UK see new guidelines for Covid-19

If you are living abroad but renting out property that you own in the UK, keep an eye on government guidelines as you may be entitled to a mortgage holiday (the UK government has indicated that this also applies to buy to let properties) during the Covid-29 crisis. There may also be financial help available for your tenants, so it is best to keep checking the news and seeing how this fast unfolding situation develops.

British expats resident outside the EU, for example in Australia, have expressed anger that their pension concerns have not still been addressed now that Britain has finally left the EU. This has been rumbling for some considerable time, of course, but the UK government has now said that it will continue to ‘uprate’ the pensions of Britons resident in the EU, which is obviously good news for those expats, but is still either unable or unwilling to extend the same consideration to Brits in the Antipodes.

Campaigners say that so-called “partial uprating” would involve an upfront cost of £37m – substantially less than the amount projected by the government, who concede that the rules are ‘illogical’ but who do not intend to redress them.