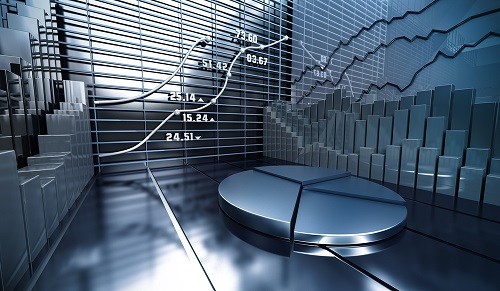 In March, Congress passed the coronavirus relief bill: $1,400 per eligible taxpayer according to your Adjusted Gross Income. If you’re a US expat and you have already had stimulus assistance, then you will automatically receive this latest payment if you’ve filed your US taxes. However, some American expats are still waiting for their first and second cheques. Check to see whether you can use the IRS ‘Get My Payment’ portal, through which you can confirm your address and bank account information if you have a US bank account. If not, you’ll need to use a payment platform, such as Transferwise.

If you weren’t eligible for the first stimulus payment, you should check again – your tax return this year may have brought you within the new eligibility category. Also, you might be eligible for a Recovery Rebate Credit payment, if you don’t normally file a tax return.

Brexit’s possible impact on the receipt of your state pension has been a big concern for British citizens resident in the EU over the past few years. The Government has confirmed that if you live in the EU, the European Economic Area (EEA) or Switzerland, or in a country that has a social security agreement with the UK, you’ll still be able to claim your state pension.

Gov.uk tells British citizens who are living in the EU that:

“You must be within four months of your state pension age to claim. You must choose which country you want your pension to be paid in. You cannot be paid in one country for part of the year and another for the rest of the year. You’ll be paid in local currency – the amount you get may change due to exchange rates.”

However, there is still an outstanding question, as we have reported before, relating to the pension freeze for retirees outside of the EU. This issue has still not been resolved. Baroness Stedman-Scott reported, early in March, that the Government is ‘impatient’ for a solution to be sorted out. However, Guy Opperman, Parliamentary Under-Secretary for the DWP, says that the DWP have had ‘no recent conversations’ about this outstanding problem. Watch this space, therefore, if you are living in a region that is still affected by this pension freeze.

Returnee Australian expats warned to get their tax affairs in order

Around 40,000 Australian expats have expressed their desire to return to Australia to the Department of Foreign Affairs and Trade. However, if you’re in this position, it’s critical to review your tax liabilities. Shifting assets back home could see you facing a sizeable tax bill. Exchange rates are also something to keep an eye on, if you’re planning to move money about. The Australian dollar is going through a strong period, and so is foreign exchange. Retaining an overseas bank account and moving money back into Australia could see you liable for tax.

Tax consultants warn that you will need to declare any rental income from the date that you become resident once more (but you can also deduct your expenses, including interest on foreign mortgages). Capital gains on property sales are an issue, too – it might be a good idea to hang onto the family home until you return, and then move.

Make sure, therefore, that you explore your potential tax liabilities and other financial pitfalls with a tax adviser or accountant before you relocate back home to Australia.

What the Budget means for you

The March 2021 Budget has a number of elements that, financial experts say, apply to expats. We’ve covered the new ‘right to vote’ elsewhere, but there are a number of other areas that might apply to you.

First of all, in relation to property, the Stamp Duty holiday has been extended to 30th September 2021. Properties worth up to ₤500,000 will be exempted from stamp duty from the end of March until the end of June. After that, no duty will be placed on homes worth up to ₤250,000 for another three months.

In addition to this, the Chancellor has brought a new mortgage guarantee scheme into place, allowing lenders to offer mortgages of up to 95%, in an attempt to stimulate the property market and allow first time buyers to get a foot on the property ladder. However, this is unfortunately not open to expats, in case you see this and get your hopes up.

There is apparently no mention of the Stamp Duty surcharge for non-residents that was due to be introduced on 1st April, and which applies to residential property in England and Northern Ireland at a rate of 2%. It’s worth keeping an eye on this issue, as it might cause problems further down the line.

Your pension will still be triple locked, but you will now need to have been lawfully resident in your host nation before the end of 2020 to continue receiving cost-of-living increases. There were no changes to QROPS transfers.

Underpayments to some women’s pensions will now be backdated, up to £3bn – check carefully with the DWP or your pensions adviser if you think this might apply to you, or take a look at the LCP online calculator.

For expats from overseas coming into the UK, the Budget suggests that there will be reforms for ‘highly skilled’ migrants from March 2022. This in line with the ‘golden visa’ approach taken by a number of other nations. Points-based visas are being adopted, and a new global business mobility visa is planned, for overseas businesses to establish a presence or transfer staff to the UK. The Global Entrepreneur Programme is also being extended, and there’s a scale-up programme for some visas, which seems to be mainly set up with fintech in mind – you might need to have a job offer to apply for this one, however.