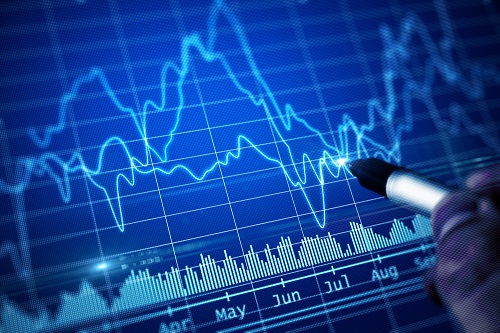 Has the Ukraine crisis caused a ‘black swan’ event?

Some financial commentators have referred to the Russian invasion of Ukraine, with its corresponding geopolitical impact and spike in energy prices, as a ‘black swan’ event. However, others, including Market Watch, say that the term is being misapplied – not everything that hits the stock market is a black swan, even if events such as the sudden outbreak of war cause prices to tumble. Market Watch suggests that investors should not reflexively pursue black swan avoidance strategies, therefore, as these can lose you money in the long run and lag the market. Speak to your financial advisor if you’re worried about your investments.

Russian students face being ‘stuck in the middle’ if their parents have been subject to sanctions, the Independent Schools Council told the Evening Standard in March. Independent fee-paying schools have been advised not to seek fee payments from Russian parents who have been sanctioned, and schools have been warned to be on ‘high alert’ for ‘suspicious payments.’ This puts schools and children in a difficult position, as headteachers urgently seek clarity on the situation. Around 2000 Russian children are currently in private education in the UK, mainly in schools in the southeast.

Mortgage experts say that lenders in the UK are increasingly reluctant to grant mortgages to expats resident in the EU, a consequence of Brexit. The EU trade deal did not cover a number of financial arrangements, leaving expat buyers high and dry. Expats may want to apply for buy-to-let mortgages, or retain a foothold on the UK property ladder, in case they return home. Some mortgage advisory services have been setting prospective buyers up with international lenders. However, advisors also say that despite the attendant difficulties, demand among British buyers in the EU remains high, so buyers are clearly not being put off by fewer lenders or red tape.

UAE: many expats ‘do not have financial security’

As the new UAE savings pension scheme comes online, American asset management firm
Mercer has done some research in the region and found that around half of expats in the UAE have little financial security post-retirement. The new scheme itself aims to help expats continue to live in the UAE once they retire. Currently, many return home, as the relatively high cost of living and lack of income (with the exception of gratuities) makes retirement difficult.

99% of expats who were consulted said that they recognised a need to improve their savings and investment benefits. 45% had no plans to work beyond retirement age to make sure of their income, and 61% said they simply had no long-term savings.

The new scheme aims to provide a range of investment opportunities, including Sharia-compliant ones, and guaranteed capital protection for expats who do not want to make investments. Although the scheme is intended for public sector employees, personnel in the private sector can join voluntarily as well.

We’re reported elsewhere on the expat exodus from Hong Kong, but recent figures published by Bloomberg suggest that the foreign presence in the state’s financial sector was declining even before Covid-19. New visas for overseas financial sector workers dropped by 49% to 2,569 between 2018 and 2021, whereas the same visas issued to personnel from the Chinese mainland increased by 8%. Banks say that a rising number of expat employees are seeking relocation in Singapore, Dubai, Europe or elsewhere.

Both the Asia Securities Industry & Financial Markets Association and the European Chamber of Commerce in Hong Kong say that around half of the international banks and asset management firms have said that they will be relocating personnel. CitiGroup and J P Morgan were among them, with equities managers and directors departing for other countries. But banks don’t want to get on the wrong side of the Chinese government, so this particular exodus has been happening quite quietly.

Abu Dhabi Global Market, a major financial employer in the Emirates, has recently axed 35 jobs, according to Bloomberg, and most of these have been held by expats, including ADGM’s strategy chief. Apparently, the firm’s business development teams have recently been underperforming. ADGM is turning to crypto and holding talks with cryptocurrency agencies, evidently in the hope of bringing this sector more firmly into the region.

London has been attracting attention from Brussels recently, as the city attempts to overhaul the rule book after Brexit. Much EU regulation has been adopted more or less wholesale, but there remain areas in which the financial sector in the UK is endeavouring to change its practices, such as rules around stock exchange listings. However, the EU is itself undertaking a regulatory overhaul, for instance when it comes to Solvency 2 (the amount of money that insurance companies are permitted to use for investments). Governor of the Bank of England Andrew Bailey says that Solvency 2 regulation is currently not ‘best suited’ to the UK and adds that Britain needs to revise it in order to compete with Europe.

Some have suggested that a joint Finance Regulatory Forum should be set up between the UK and the EU, similar to institutions existing between the EU and the USA, for example. This potential initiative has been supported by City of London Lord Mayor Vincent Keaveny, who points out that the dire predictions of an exodus of financial companies from the city after Brexit have not come to pass.