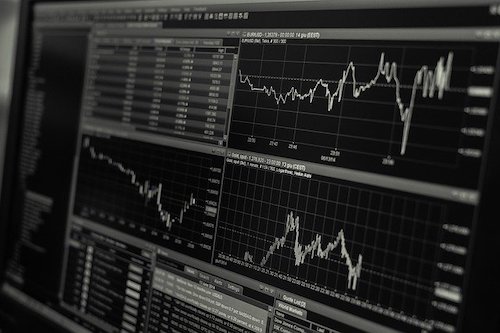 May has seen reports of American expats who have renounced their citizenships getting CARES Act stimulus payments, in addition to foreign workers living overseas. Politico.com says that “thousands of foreign workers, many living overseas” have been receiving the stimulus checks – apparently sent in error “due to an unforeseen glitch” in the system used to choose who received the payments.At least three people who formally renounced their U.S. citizenships more than two years ago say they have received the CARES Act stimulus payents, even though they also did not ask for them. The former Americans, now living outside the United States as citizens of other countries, say they have no intention of cashing the checks.

The IMF has released a Regional Economic Outlook Update for the Middle East and Central Asia released by the International Monetary Fund (IMF) which indicates that because of lower global demand and lower oil prices, oil exporting countries are likely to lose around $250 billion in revenues across the region. Jihad Azour of the IMF said at a virtual press conference last month that

“Looking at Middle East [West Asia], North Africa, Afghanistan and Pakistan (MENAP), we project the region to contract by 3.1% this year. This comes after an expansion of 0.7% last year. Facing a double whammy, oil exporters in MENAP contract by even more, 4.2%.”

Analysts have warned that the downturn will stall mega projects in the Gulf, reducing the demand for expat labour from South Asia and impacting on expats in the GCC generally. Countries such as Oman are already seeking to limit the number of expat workers in the country and concentrate on local hires as the economy slows down. In In Saudi Arabia, the decline is expected to hit the Vision 2030 project, which seeks to implant a non-oil economy through major investments in areas such as health, infrastructure and tourism. These sectors need high numbers of blue and white collar workers.

However, the IMF does predict modest growth in the Gulf in 2021, despite the hammering that Covid has given to local economies.

The Association of British Insurers (ABI) says that expat retirement savers may be able to stake a claim for a share of billions of pounds in investment vaults if they have lost track of their UK pensions. The ABI estimates that1.6 million savers need reuniting with £19.4 billion of lost pensions. Apparently only 1 in 25 people bother to tell their pension providers when they move home, says the ABI, and the chances of tracking them down is next to impossible for the providers – particularly if those pension holders are expats. The average missing pot is worth £13,000.

The ABI publishes a contact list for 142 pension providers and names of funds online if you can remember where your money might be. The government’s Money Advice Service has a free template letter you can download and use.

You will need to give your provider your:

The UK government also runs The Pension Tracing Service, a comprehensive database of 242,000 workplace and personal pensions which is designed to reunite retirement savers with their funds.

The service is a bridge to finding lost pensions and will not confirm you have a lost pension or the value of the fund, but it will tell you who to contact to fill in the details.

While we are on the subject of pensions, tax advisers Blevins Franks suggest that anyone who has retired to Europe reviews their pension options before the end of the Brexit transition period. They point out that many expat retirees have shifted their pensions to a Qualifying Recognised Overseas Pension Scheme (QROPS). This allows you to consolidate several UK pensions under one tax-efficient scheme, sheltered from UK income and gains taxation, and which is also protected from future changes to pension rules.

Timing is important as the administration of some of these schemes can take several months and as you will be aware, the Brexit clock is ticking: we will soon enter the final six months before the transition period ends in December 2020. It is advisable, before you make changes to your pension scheme in the looming light of Brexit, to talk to a qualified pensions and tax adviser with experience in expat financial matters.

The Telegraph has recently reported on an attempt to plug Covid-related public spending deficits by HMRC. This has led to a 12-fold increase in the number of British expats who have been declaring their unpaid dues. Financial experts suggest that efforts by UK tax authorities will increase over the next few months.

Figures obtained via the Freedom of Information Act show that more than 40% of cases were people living in the Channel Islands and nearly one in ten from those living in the Isle of Man. However, it is to be questioned, perhaps, how much of the public Covid deficit can really by found by focusing on individuals rather than on big multinational tax evaders.

There is some good news, however, for expats who are living abroad but renting out property in the UK: if you are renting your UK property as a holiday let you can now claim bounce-back loans as well as business rate relief under the current government aid schemes resulting from the pandemic crisis. Landlords are allowed to be based overseas or in the UK, and can be individuals or operate under a company or partnership.

Properties must be able to be rented out for at least 140 days in each year and you must prove you are running it as a business – which you will be able to do if you are paying tax on the property. If you are renting out a property in Scotland you may, depending on certain criteria, be eligible for a business grant, which can be up to £25,000.