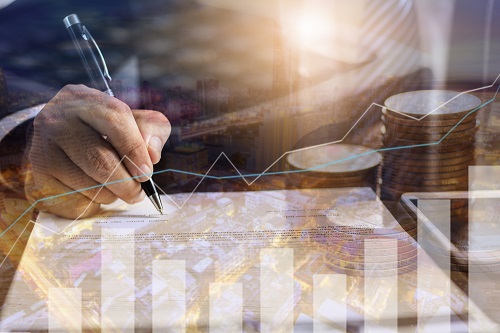 New report on salaries in Vietnam

Recruitment firm Navigos Search has published a Q1 report on expat salaries in Vietnam, suggesting that Vietnamese firms are offering ‘very high salaries’ to attract foreign talent. Monthly expat salaries ranged from US$8,500 to $34,000 in the first quarter of this year, in sectors ranging from tourism and hospitality to the garment trade, which currently lacks home grown talent in specialised areas such as quality control and pattern cutting. Headhunters Adecco Vietnam say that managers in the healthcare sector, particularly in multinational pharmaceuticals, with more than five years’ experience, tend to be the most highly paid. Their findings were based on a survey of 76 MNCs and 24 local companies. Adecco says that this pay rate is 20% to 130% higher than salaries for similar managerial positions in other sectors.

Expats in Ho Chi Minh City tend to be paid the most, and in an InterNations survey in 2021, the city was ranked sixth among top cities for expats. 75% of respondents reported that their income was more than sufficient to cover their expenses, and 77% said that they were satisfied with their financial situation. Expats in Hanoi are also in the top pay bracket in some sectors.

Registering your will in the UAE

There has been some confusion recently as to whether new registration regulations for wills made in the UAE applies to expats. The short answer is, no, they do not, but financial experts in the region suggest that wills relating to your movable and/or immovable assets in the UAE ought to be registered under the new legislation in order to avoid any legal complications later on. Registering your will is going to depend on your religious status, as rules for non-Muslims are different, but there is provision for this in the region’s courts.

The Daily Express recently published its latest figures on the numbers of British expats likely to miss out on pension increases, due to non-reciprocal agreements between their host nations and the UK. The newspaper reports that around half a million British expats will have missed out on the latest increases, and says that this figure is ‘quickly climbing.’

If you have been resident in a country without a reciprocal pension agreement since April 2000, your pension will be short by £42,461, the Express reports. Meanwhile, if you retired abroad last April, your pension this year will see an annual shortfall of £221. If you have emigrated to a country in the European Economic Area (EEA), Gibraltar, Switzerland, or a nation that has a social security agreement with the UK (excluding Canada and New Zealand), your pension should increase in line with pensions at home. Outside these regions, it will not.

In recent months, financial companies and individuals have been moving from HKSAR to Singapore. However, a new investigation by Bloomberg suggests that Singapore might not be as appealing a relocation choice as it initially seemed. Stricter visa requirements and bureaucratic ‘road blocks’ have been slowing the numbers of bankers moving into Singapore, Bloomberg reported in late April. Whilst some have already moved, such as Citigroup and Wells Fargo and Co, others have been getting cold feet. Money managers Atlantic Partners Asia Capital say they are having second thoughts about moving their HQ to Singapore, for instance.

One reason for some companies having second thoughts is the impetus towards local hires. There are conflicting reports as to how far Singapore is taking this policy, but the raising of the minimum salary threshold along with the new points-based visa scheme is a genuine phenomenon. From next year, the Singaporean state will add points for companies making local hires, and employers will have to show how the nationality of applicants contributes to the diversity of their firms. Dependants of expat workers will need a company-sponsored visa, and regulations around tax concessions have been tightened. Bloomberg notes that the number of visas issued to overseas professionals dropped to 161,700 in 2021, the lowest number for about a decade.

Employers report some frustration, noting that Singapore now has both a skills and a labour shortage. Some companies have moved out of Asia altogether. Emerging markets investor Mark Mobius has moved his operations from Singapore to Dubai, for example, as a consequence of Singapore’s response to the pandemic. Mobius says that he foresees Dubai overtaking both Singapore and Hong Kong over the next decade or so in economic terms. Others believe that Singapore may benefit from Hong Kong’s current turbulence – but that will be accidental, rather than deliberate.

Alicante is ‘most popular’ region in Spain for British buyers

The Vilanova Inmobiliaria group say that Alicante is proving the most popular region of Spain for British expat buyers. There’s a focus on buying older properties and doing them up rather than buying new houses. Javea, Benidorm, Altea and El Campello have seen the highest prices, but they are still appealing to British buyers. Valencia is also attractive, even though prices are 4% higher than the Spanish national average. Property experts say that the local market seems to be recovering well from the pandemic, and Spanish properties remain high in the sights of British expats.

Iceland shuts down its Czech operations

Superstore Iceland is pulling out of the Czech Republic, although the company has not yet made an official statement. Two stores in Prague have closed, and employees have told the press that the company will be leaving the region. Both Brexit and the pandemic have hit UK-based stores in the area, with supply chain issues causing unrecoverable problems. Rising energy prices may have been the final nail in the coffin.