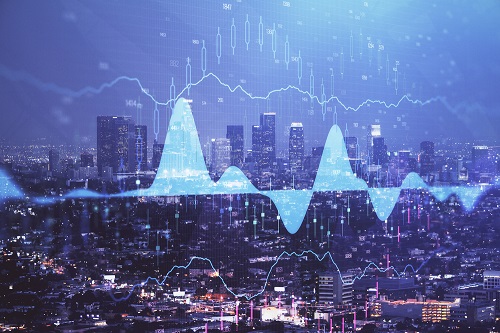 The Business Times of Singapore reports that overseas property investors (led by the Chinese and Indonesians) are increasingly purchasing property that is regarded as a home rather than simply as an investment. Property experts say that the 20% additional buyer’s stamp duty (ABSD) on Singapore property purchases has put the brakes on people buying for quick investment turnarounds. Seller’s stamp duty has also been imposed on sales of homes that have been held for less than three years.

Under the US-Singapore Free Trade Agreement, US citizens buying property in the city state are granted the same stamp duty treatment as Singapore citizens. As a result, there has been a rise in high-end residential property purchases among American buyers.

An amendment to the 2017 Income Tax Act could affect South African expats. It will require expats to pay tax of up to 45% of their foreign employment income, if that exceeds a threshold of R1.25 million (US$1,662,752). This might seem like a generous ceiling, but experts warn that it includes a number of allowances and fringe benefits (such as accommodation, flights, and education), which can quickly add up. Double Taxation Agreements might negate this for some expats, but not all.

To avoid paying a fortune in tax, you will need to undertake the process of Financial Emigration. Apply to the South African Reserve Bank (SARB), via an authorised broker, in order to register your intent to become a non-resident under the Income Tax Act No.58 of 1962. However, you will only be able to do this if you intend to leave the country permanently.

Update on the Accidental Americans Association

Earlier in the autumn, we reported on the developing situation in France, involving the Accidental Americans Association. They have challenged the steep US$2,350 fee that you must pay if you have legacy US citizenship (for example, through parentage, even if you were born in France) or were born in the USA but wish to live permanently in France and renounce US citizenship.

French Assembly members Laurent Saint-Martin and Marc Le Fur, mounting the legal challenge, have pointed out that some of these Franco-Americans do not even speak English. Le Fur has explained that it is not simply a tax issue, but is also affecting day-to-day banking, with some people being unable to open bank accounts.

The AAA’s legal challenge reached its crowdfunding goal, but the challenge to FATCA and the reciprocity agreement has since stalled. Saint-Martin and Le Fur have described this as ‘disappointing’ and say that neither the EU nor the French government is taking the problem seriously.

The issue does not just afflict ‘accidental Americans’ in France. Those in the Netherlands have been similarly affected, with comparable difficulties regarding everyday banking. Dutch lawmakers in the Tweede Kamer considered the matter during a meeting on 24th November and laid the groundwork for future discussions.

Italy and your pension

Developments this year have seen Italy increasing in popularity among expat pensioners, despite Covid-19. Described by some as ‘the new Portugal,’ Italy is now one of the lowest tax jurisdictions for pensioners living in Europe. Exemptions from wealth taxes on assets abroad is an attractive proposition. Meanwhile, changes to the non-habitual residence (NHR) scheme in Portugal have induced expats to start looking elsewhere.

The NHR scheme drew many to Portugal, but recent pressure from some Scandinavian countries on the EU have meant that Portugal has caved in and increased its taxation rate. Sweden and Finland felt that too many of their nationals were moving to the country and drawing a generous state pension tax free, under Portugal’s existing rules. Portugal has raised tax to 10% on foreign assets.

Italy, however, is still sympathetic to NHR, and tax experts have pointed out that comparatively low property prices, combined with a great standard of living in the country, are proving of interest to an increasing number of expat pensioners.

If you are in the UK and have employees that are working from another country, due to Covid-19, check with HMRC about PAYE compliance and other issues. If your personnel are living and working elsewhere for over a year, they may need a no tax PAYE code, which will allow you to pay them without PAYE deductions at source.

Check whether there is a double tax treaty (DTT) between the two countries, as otherwise employees may be subject to paying tax twice. They may, in any case, have to pay income tax in their country of residence. This is time sensitive – usually, it requires around 180 days’ residence in a particular country. Some nations have waved these requirements for the moment, but not all. The same applies to social security contributions, and these payments can have a knock-on effect on pensions and national health insurance.

There are also potential issues with corporate tax. If you have employees working permanently in another country, this can count as the establishment of a base in that country under some nations’ regulations. This would therefore mean that your company could be subject to corporation tax outside DTT legislation.

Furthermore, there may be problems with immigration law. Currently, British nationals, for instance, have the right to remain in EU countries, but this will cease after the end of the Brexit transition period.

In practice, most governments and taxation authorities are aware that these are extraordinary circumstances, and most personnel have not been abroad long enough to attract the attention of the tax authorities. However, as the situation drags on, this may change. Therefore, it is advisable to start making enquiries to circumvent any future difficulties. Hopefully, the advent of a vaccine for Covid-19 will mean that employees can once again move freely soon.