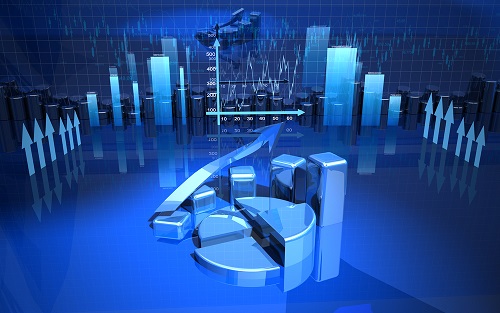 Financial experts warned in early November that HKSAR is becoming ‘increasingly isolated’ as a result of the city state’s draconian policies. We have regularly reported on this issue throughout the latter stages of the Covid-19 pandemic. There is now what news hub Al Jazeera and the Financial Times report as a ‘growing sense of frustration and despair’ among residents. This is particularly the case among those who are still exiled from returning home to Hong Kong, because of the territory’s quarantine regulations, which are currently the strictest on the planet.

Faced with 21 days of hotel quarantine, many businesspeople are simply opting out and looking at other financial hubs, such as Singapore. While this unease has been in place for some time, Hong Kong has become even stricter, with Chief Executive Carrie Lam insisting that opening up the border with China remains a priority, regardless of what the rest of the world might be doing. Quarantine exemptions for diplomats have been scrapped as the rules have tightened, and discharge criteria for Covid-19 patients have also been made stricter

Residents say that Lam is heavily constrained by Beijing, and with China not planning on opening its borders until well into 2022 (possibly later now that it is seeing new Covid-19 outbreaks within the country), Hong Kong has no choice but to toe the party line. The Asia Securities Industry and Financial Markets Association and the Australian Chamber of Commerce are the most recent organisations this autumn to warn of the expat and business exodus and have criticised the restrictive policies.

Meanwhile, American firms, which were abandoning the city even before the pandemic, continue to leave, and the level of Chinese-owned businesses has been increasing. Expat business leaders say that this is a sign of the waning influence of foreign-owned firms on internal Hong Kong policies. August 2021 saw the biggest recorded population decline in the territory.

The study reveals some financial trends. Of the people consulted, 60% are planning to save up for their retirement. Around a third (31%) are trying to build up an emergency savings fund. Another third are saving up to purchase property. Meanwhile, 23% are saving or investing money to finance their children’s education.

Belgium’s complicated tax policies with regard to expats has recently undergone a change for the better. Previously, expats could make a number of write-offs against taxable income, but these have now been removed and replaced with a fixed 30% deduction on taxable income for expenses related to work. This will be capped at €90,000. The country is seeking to bring in an extra €24 million as a result of this new policy, which doubles the minimum annual salary threshold of those who can benefit, from around €40,000 to €75,000. The aim is to limit write-offs to high earners, although if you are working for an EU institution, you will still benefit. In this case, you will remain exempt from Belgian income tax and will pay a “community tax” of 8% to 45% instead.

The financial authorities in Belgium say there will be ‘winners and losers’ and that they are aiming to phase this new policy in gradually, so that people have time to come to terms with the changes. Tax experts say that it’s welcome news, as there is a general consensus that the old policy was not only overly complex, but actually illegal (it was declared to be non-legal as long ago as 2002). This overhaul should make it easier for expats to become familiar with the new policy, while still allowing some one-off write-offs, such as relocation expenses.

However, if you live close to the border, you might find that the rules don’t apply to you anyway; this is a reflection of similar policies in the Netherlands.

Any hopes that Chancellor Rishi Sunak would address the disparity between domestic and expat pensions in the latest budget have been dashed. Many British pensioners can anticipate a rise of 3.1% in the spring, to cushion them somewhat against rising living costs, but expats cannot expect a similar increase. To many, this will come as no surprise: expat pensions in a number of countries have been frozen for many years, even though both Canada and South Africa have seen a steep increase in inflation rates lately. British residents in Australia say the same. Many are expecting rises in electricity and other costs as economies continue to suffer from the impact of the pandemic.

There are more than 100 countries in which expat pensions remain frozen, even though a move to an EU nation, for instance, will see your pension continue to rise in line with domestic pension rates. The freeze includes the countries listed above, but also affects the Windrush generation. If you move back to St Lucia, for example, your pension will be frozen, but not if you move back to Jamaica or Barbados, so pensions of returnees to the Caribbean are not evenly affected. Some expats were continuing to pay national insurance contributions, the Guardian reports, believing that this would secure their pensions; they have now discovered otherwise.

Meanwhile, changes to expat pensions are coming in from January 2022. UK expats in Canada and the Antipodes will no longer be able to count time spent abroad prior to 2001 as a qualification for the state pension. It is recommended that you speak to your pensions or financial adviser about this if you feel that it might affect you. The DWP say that: