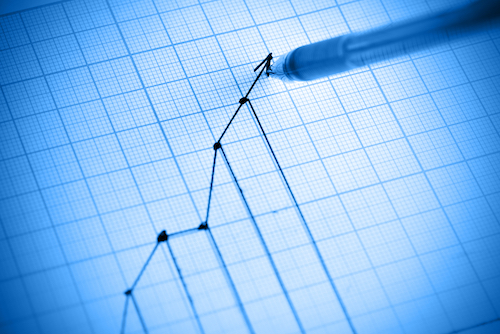 The “expat exemption” act has some considerable changes planned for March 2020. Under the new rules, expats’ income will be taxable abroad, including any benefits and expenses they might have claimed.Companies that employ South Africans abroad are encouraged to keep abreast of the changes, which will make South Africans some of the most expensive employees to retain.

A new move by the Australian government, dubbed a “tax backflip,” is causing concern for some Australian expats who own property in Australia but live abroad.

Expats have until the 30th of June 2020 to decide what to do with their properties back home, before the new rules fully come into effect.

Weakened Pound Has PFIC Implications For US Expats

The UK’s weakened pound in the wake of the Brexit vote and general political uncertainty is having a knock-on effect on passive foreign investment company interests, particularly for expats from the US.

But the effects are not all negative: a weakened pound might give expats the opportunity to limit certain adverse PFIC implications, explains Joshua Ashman in International Adviser:

If the value of a PFIC has appreciated over the years, due to the fall in the value of the pound, the US dollar value of the PFIC investment may have actually decreased (or at least hasn’t increased significantly).

The deemed PFIC sale resulting from the late MTM election should therefore have little to no adverse tax consequences, because there should be little to no excess (of fair market value of the PFIC over its adjusted basis) that can be taxed under the default rules.

This might mean that owning PFICs could be less of a tax liability in the near-to-medium-term future.

400,000 US Expats In Danger Of Having Passports Revoked

US citizens who live abroad have been coming under scrutiny from the IRS in recent months, with almost 400,000 of them currently being actively under investigation.

The US government has started revoking the passports of expats who have large tax debts, in a move which will make it more difficult for them to continue living overseas. No longer having a valid passport limits a person’s ability to set up a bank account, get a visa or travel between countries, so this will have a huge impact on those involved.

The Shura Council of Saudi Arabia – the monarchy’s advisory body – is advising authorities to conduct a study into expat fees and whether they should be frozen.

There are currently fees in place for expat dependents, as well as fees levied from companies who hire expat employees. The fees were introduced as part of the ‘Saudisation’ program, which aimed to ensure that jobs were going to locals rather than to expats. Since the introduction of the program, the country has seen a mass exodus of expat workers.

However, the Shura Council are advising that it might be in the country’s best interests to freeze the fees for expat employees for the time being, rather than putting into place the planned rise. Fees for expat dependants are still expected to rise.

Expats Should Pay "Even For The Air They Breathe," Says Kuwaiti MP

An MP in Kuwait has come under fire from some expats after suggesting that they should pay “even for the air they breathe,” according to International Investment Magazine.

Kuwaiti MP Safaa Al-Hashim says that there should be stricter controls on how many expats are allowed to move to the country, and that they should be required to pay for all of the services they benefit from, even the most basic such as roads and air.

With the average price per square foot gradually increasing, but overall property prices not being prohibitively high, many expats are seeing now as an excellent time to be buying property in the UAE.

Meanwhile the rental trend among expats is declining, having seen a 5% decrease in recent months.

Saffron, a building society based in the UK which specialises in dealing with expats, has cut rates on their expat buy-to-let mortgages by 1.5%.

Expats do not need to be living in the UK to take advantage of the offer, which is also available to first-time buyers.

Expat Properties In London Better Value Than Ever

The decreasing Pound Sterling is having an impact on property values around the country, including England’s capital. This presents an opportunity for expat buyers, particularly those who are being paid in US dollars or linked currencies.

Expats from the US have seen a drop of 1/3 in investment property prices over the last five years, and the pound is predicted to continue to fall over the next few months.