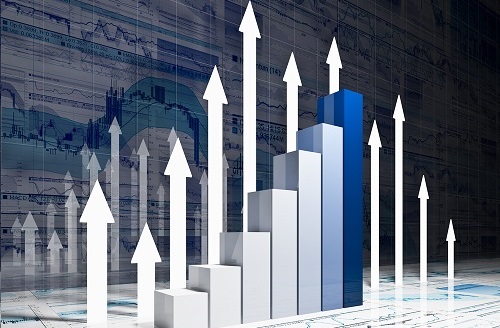 Expats return to the UK – to get divorced

A change in the rules has led to expats returning to the UK to obtain a divorce, the Financial Times reported this month. Law firm Expatriate Law says that the post-transition period of Brexit has made this more alluring (if one can say this about the divorce process). Regulations concerning European maintenance payments are no longer in place. If you’re a British expat and living somewhere like Dubai, for instance, where spousal maintenance can be limited to three months after divorce, you might now find it easier to come back home to sever the marital knot.

British judges have a reputation for ruling on equal settlements in divorce cases, even when one spouse is the principal earner, and London has become known as the ‘divorce capital of the world’ in consequence. Under the ‘sole domicile’ rule, someone who was living abroad but who used Britain as their main residence could see their application to use domestic courts blocked. This regulation has now gone, and British courts can, the Financial Times says, choose to make annual maintenance payments, property transfers, or award a lump sum, without the time limits often imposed on such payments in some other countries, such as France.

Rebecca Hick at Seddons told the FT that:

“It is still early days, but now the floodgates may have opened, we expect to see a rise in maintenance claims being brought in our courts from British citizens living abroad seeking to benefit from the more generous approach to maintenance in England and Wales generally.”

However, as with all things Brexit-related, it’s not all plain sailing. If proceedings are filed in two different countries, such as the UK and France, they can become tangled, because the UK is no longer bound by the Brussels II ruling, which says that a divorce in one member state must be recognised in the others. Lawyers warn that there is the possibility of a ‘race’ between parallel proceedings, perhaps even with competing judgments and a difficulty in enforcing judgments, too, such as any rulings related to maintenance. This issue would have been solved had the UK joined the 2007 Lugano Convention, which states which countries’ courts have jurisdiction over disputes, but Brussels blocked the UK from joining this back in July.

If you’re intending to get divorced, therefore, and more than one country is involved, it’s a good plan to get a lawyer who is aware of the problems that can arise for expats.

UAE: expats are losing out

The Gulf News reports that expats could be losing out in the region, as a result of a rise in the cost of living and a fall in the dollar. Over the last 19 months, expats living in the UAE have lost up to 21% due to fluctuating exchange rates alone. If you’re doing currency exchanges in euros or sterling, you could be losing up to 18.7%. And while private sector salaries have increased, they are still below the rate of inflation. Such problems contribute to skills shortages in the Gulf, and hinder the region’s attempts to wean its economy away from oil.

Expats say that the UAE needs to de-peg its currency from the dollar to prevent an expat exodus. Some expats consulted said that they had already moved their families back home, as it is now cheaper to visit them there than to maintain them locally. Some also point out that rents in Abu Dhabi have doubled over the last year, resulting in further financial strictures, and estimate that middle income earners will be spending 25% to 40% of their salaries on rent.

It’s not just Abu Dhabi which has seen a rise in rental costs. Singapore has been afflicted by this, too. Bloomberg reported this month that expats have taken to cohabiting – rather like students in shared houses. For a start, it’s cheaper: costing S$2,800 ($2,081) for an ensuite room, as opposed to S$3,500 for a city centre one-bedroom condominium. Leases are a lot shorter, too, so if you’re not sure how long you’re going to stay (or going to be able to stay) in Singapore, a three-month or a one-year lease is a lot easier to contemplate than anything longer term.

This is still a minority choice, but it is a developing trend, and property experts are looking at an increasing number of shared living spaces. Coliwoo, a shared-property rental company, says that demand has risen by around 10% among expats over the past year. They say there’s a demand for ‘distraction-free’ living, especially given that many employees are still working from home after the pandemic. But they are not over-confident. Co-living companies had to halve rents in Hong Kong during the pandemic, and co-living start-up Hmlet, which attempted to increase its operations, was obliged to scale back during Covid-19, pulling out of Australia altogether. Bloomberg says that these issues are ‘headwinds rather than deal-breakers,’ but given the recent spectacular demise of WeWork, which applied similar principles to co-working, co-living organisations would be advised to proceed with caution, despite the growth of demand in places such as Singapore.

There are, however, also signs that foreign buyers are returning to the city state after the pandemic, with the Taiwanese Tsai family recently buying into a luxury condominium complex for S$293m. This has been seen as the start of Singapore’s bounce back from Covid-19. With a vaccination rate of 80%, the city-state is apparently now regarding Covid-19 as endemic and here to stay, rather than pursuing its previous zero Covid-19 policy. This is a different approach from regional competitors such as Hong Kong, Tokyo and Sydney.

Dubai: expats win in the Mahzooz

The Mahzooz draw resulted in a life changing win for nine expats, one of whom was British, this month. The expats saw a win of Dh111,111 (around £22K). The winners say that they intend to use the money to pay off mortgages and help family members.