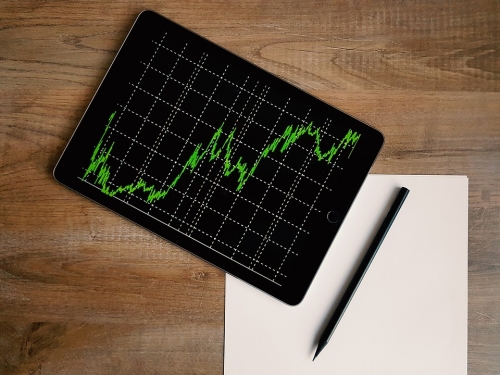 UK government data reveal that there will not be a wholesale return of British pensioners living in EU countries because of Brexit. The figures from the Office for National Statistics (ONS) say there’s no evidence to suggest that expat retirees are looking to return to the UK.It is estimated that there are 340,000 British pensioners living in the EU, excluding Ireland, and the numbers have been rising over the last five years.

In a report, the ONS says that 247,000 British citizens who are aged over 65 and living in EU countries are thought not to be British nationals. The report says these are expats who became British citizens and have returned to their home countries. There are around 85,000 expat retirees living in the UK from other European countries, excluding Ireland.

The report states: “The number of state pension recipients who are resident in other European Union countries has grown steadily over the last five years and continues a long-term trend.”

The data also reveal that there are around 121,000 older British people currently living in Spain and that numbers have doubled in 10 years. The ONS analysis reveals that while numbers moving to Spain have not risen significantly since 2008, there is a small growth in the number of retirees which is down to people who have lived there for years getting older.

The UK government has unveiled its 2017 Finance Bill which brings to an end the ‘permanent status’ for those who are ‘non-domiciled’ – or non-doms as they are better known – in the country.

The UK’s Treasury says the bill will make the country’s tax system fairer and will crack down ‘on avoidance and evasion’. A non-dom is someone living in the UK but who has their permanent home, or ‘domicile’, overseas which means they do not have to pay UK taxes on their foreign income.

There had been plans to reduce the non-doms threshold from April. This aim was scuppered after the general election was called, which left non-doms and their advisers in limbo and made financial planning difficult. Now the Finance Bill will see the permanent non-dom status being abolished and those who have lived in the UK for years will now pay tax like UK residents do.

This will remove the attractiveness for wealthy individuals to live in the UK, with critics saying many of these people will simply move to other countries who will benefit from their creating successful businesses.

Meanwhile, the UK government has published a report that reveals that in the past year non-doms have paid £9.3 billion in tax, including income and capital gains tax, as well as National Insurance contributions.

Expats who are living and working overseas but are classed as being UK tax residents should have been contacted by their wealth manager, financial institution or tax adviser about new rules for holding undeclared offshore accounts. Ignoring the new HMRC rules could lead to ‘life changing consequences’ and their advisers could also be hit with a £3,000 fine.

Advisers have been told to send a ‘strongly worded’ letter to their clients. This must use specific HMRC ‘set text’ which informs the expat to bring their financial affairs up to date. The deadline for sending the letter was 31 August.

The official expat client notification letter can be found on the HMRC website, which also details the penalties that those who do not meet the UK tax liabilities will be facing. Expats with undeclared offshore accounts are urged to contact HMRC.

The information has been provided by the Public Authority for Civil Information and shows that expats in the healthcare sector account for 44% of the government’s total expat workforce; in education, 40% of employees are expats. In comparison, expats in Kuwait’s private sector earn less than KD180 on average and account for 60% of expats employed. Around 27% of expats in the country’s private sector earn between KD180 and KD420 and 13% earn more than KD420 (£1,049/$1,393).

Meanwhile, a Kuwaiti MP has introduced a bill to amend the country’s Civil Service Law that will ensure that expats are only employed in the public sector when there are no suitable Kuwaitis for the job – and then only for five years.

The Kuwait Municipality has announced that in the future it will not employ expats for any of its contracts. The Municipality is also looking at the qualifications of those expats it does employ, with a view to terminating contracts if expats are not qualified to hold their jobs.

Research from Lloyds Private Banking has revealed that the pound has fallen in value against two-thirds of currencies over the past year. That’s an improvement on the previous report from the bank, when the pound had fallen against 56 of the 60 currencies monitored.

The best currencies performing against the pound are the Zambian kwacha and the Icelandic krona, which have risen by 14%. The worst performing currency is the Egyptian pound which fell by 100%, though the currency was devalued at the end of last year to help stabilise the country’s economy.

The bank’s expatriate banking director, Peter Reid, said: “Over the past year, sterling has had a mixed performance and understandably the pound has appreciated against economies facing problems, especially persistent high inflation countries such as Egypt, Turkey and Argentina.”

Expats who want to buy property in Oman can now do so after a new law came into force – the Sultanate says there could be substantial economic benefits from the move. Under the Royal decree, expats can own real estate and land in areas known as ‘Integrated Tourism Complexes’ (ITC).

To help boost opportunities, Oman has also announced it will build more than 5,000 houses in a project worth more than $10 billion in these areas.

A spokesman for Oman’s Ministry of Tourism said: “This is a positive step to open up the real estate market to Omanis, GCC citizens as well as other nationalities. We have already received applications.” According to BMI Research, the new law is the first time that foreign nationals have been able to buy property of any kind in Oman.

The British love affair for French property is unlikely to end any time soon since low mortgage rates continue to attract buyers, says one estate agency. In addition, French banks are resisting growing pressure to hike their lending costs and rates are now at historic low levels. A typical 10 year mortgage rate in France still remains at around 1.7% and favourable financing conditions help to offset the pound’s exchange rate with the euro.

Now estate agents Leggett Immobilier say that a steady stream of British buyers have continued to investigate the potential of moving to France permanently.

The firm’s chairman, Trevor Leggett, said the things that British expats enjoy about France have not changed, with great weather and reasonable property prices being two of the strongest draws. He added: “It’s no surprise that clients are dipping their toe into a new life with their second home and looking to make a permanent move.”

The firm has carried out research that reveals that nearly half of British second home buyers are looking to spend longer periods of time in France before moving there permanently.

A finance expert is warning British expats with buy-to-let investments in the UK about market uncertainty.

Rachel Springall, from finance website Moneyfacts, said some investors with buy-to-let properties are being hit by the falling value of sterling. She pointed to expat pensioners who are relying on rental income as being particularly badly affected.

Springall explained: “The exchange rate could be the difference between facing wafer thin margins or earning enough to pay off their buy to let mortgage. Also, if house prices in the UK fall because of a bad Brexit deal, or if interest rates are increased to curb inflation, then rental income will decline and margins will get even tighter.”

Housing experts in the UK are pointing to a possible correction in house prices in the short-term, with house price growth in the south east of England already slowing down.

However, Ms Springall says it’s not all bad news since those expats who are paid in foreign currency are in an excellent position. In addition, should housebuilding slow down as the UK’s economy weakens, this will strengthen the country’s buy-to-let sector and boost rental demand. Her verdict on the future for buy-to-let comes after Skipton International announced it had arranged 1,000 mortgages for British expats to purchase buy-to-let property in the UK over the last three years.

Skipton’s director of lending, Nigel Pascoe, said that the mutual had seen a big rise in expat enquiries over the past 12 months, partly down to the pound’s devaluation: “Many British expats who have considered investing in property have made the most of sterling’s devaluation to use foreign savings.”

High earning expats are often advised to invest in ‘objects of desire’ such as classic cars, but a report from private bank Coutts reveals that vintage automobiles fell in value by 10.4% last year. On the other hand, antique musical instruments grew in value by 16.4%.

The United Arab Emirates (UAE) has unveiled plans to introduce a value added tax levy from January next year for the first time, though the country claims it will be one of the world’s lowest VAT rates at 5%. The move is being coordinated along with five other countries in the Gulf Cooperation Council, namely Oman, Kuwait, Bahrain, Qatar and Saudi Arabia.

The Danish government has unveiled a plan to improve tax breaks for skilled expats moving to the country. Denmark’s ‘research tax scheme’ enables expats who meet requirements to pay a concessionary tax rate of 26% plus an 8% labour market contribution to cover sickness and unemployment benefits.

In the face of falling value expat relocation packages, one expat in Singapore says those moving there need to earn S$7,000 (£3,919/$5,200) every month to cope with the high cost of living, according to a Singaporean newspaper.

The levy imposed by Saudi Arabia on expats living and working in the kingdom has had a knock-on effect on the property market. According to real estate firm JLL, rents are now 3% cheaper as a result. It has also been revealed that expat remittances from the kingdom in the first seven months of this year fell by 8%.

Expats from Switzerland have backed a reform of the country’s pension scheme which is being voted on by the country. Expat representative organisation the Swiss Abroad Council says the move to revamp pensions will benefit expats around the world. Also, the House of Representatives has backed a motion to guarantee Swiss expats the right to hold PostFinance credit cards.

Energy bills for expat tenants living in freehold properties in Sharjah in the UAE have risen, , where the properties are owned by non-Emiratis; they are now paying a ‘standard’ rate of 45 fils rather than the subsidised rate of 30 fils per unit of electricity.

Despite Brexit, London has retained its position as the world’s most attractive financial centre, the Z/Yen global financial centres index reveals. New York has fallen in popularity over concerns about the trade policies of President Donald Trump, but still remains in second place. Other locations are enjoying the potential of a Brexit boost including Frankfurt, Paris, Dublin and Amsterdam.

Australian media are reporting on an interesting trend of Chinese expats there buying Australian products to send home, to satisfy a growing demand from Chinese people for Australian products. The trend is called daigou, which is Chinese for ‘middleman’, with expats sending home baby formula, confectionery and breakfast cereal among other popular items.