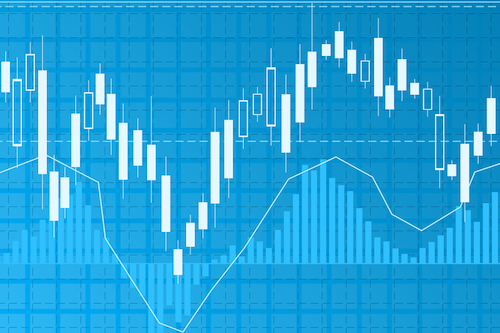 Brits who dream of retiring to sunnier climes are facing increasing difficulties when they try to do so, according to the Department for Work and Pensions.

The main reason for this is the deflation of the pound compared with other currencies, particularly the euro. Popular destinations with British expats, such as Spain, Portugal and the South of France, are no longer seen as affordable by many.Although the UK government has guaranteed that pensions for British retirees abroad will continue rising alongside those who live in the UK for at least three years after a no-deal Brexit, there is still consternation among expats who do not trust the government’s plans to look after them.

Investors from Hong Kong are still choosing to spend their money in the UK, despite fears around Brexit and the depreciation of the pound. In Hong Kong, most houses cost almost twenty times the average earner’s salary, and rates of ownership are among the lowest in the world.

The north of England in particular is seeing an uptick in buy-to-let ownership from Hong Kong investors, as prices in London and the South East are high enough to put them off buying there.

Expat remittances from the UAE have fallen by 8% in the first part of 2019, according to a new report from Central Bank, and the overall value of the remittances being sent has fallen by more than 11%.

India is still the highest recipient of remittances, making up 37% of the total, with Pakistan, the Philippines, Egypt and the UK also seeing high remittance amounts.

Expats from the USA have a new financial option available to them: Universal Access Bonds, provided by Woodbrook Group.

A variety of international financial companies will be managing the funds on behalf of their expatriate clients, with Woodbrook Group overseeing the process.

The Saudi Arabian government has introduced new measures that mean expats working in licensed industrial institutions will no longer need to pay the fees previously levied by a government program which was introduced to encourage companies to hire locals over expats.

However, the program backfired when it transpired that the fees were so high that far fewer expats were remaining in work than were needed in the country, leading to employment shortages.

As the 31st October deadline creeps closer, expats living in Britain and British people living abroad are all feeling the heat when it comes to savings.

What will happen to the money you have saved if the pound crashes? Will your savings remain secure regardless of where you access them from?

Financial website This Is Money has shared some tips to help expats to secure their finances regardless of the Brexit situation. The Financial Services Compensation Scheme is one of the biggest players in the financial security market, and it is important to ensure that any institution you trust with your money is covered by this scheme.

There is less security around pensions, although the UK government has said that it will continue to pay out as normal for expats in the EU until at least 2023; but the long-term plan remains to be seen.

Mortgage holders are being encouraged to look into remortgaging their properties at a fixed rate, since mortgage rates are currently at an all-time low. However, some projections see these falling further still following Brexit, so it might be worth waiting to see what the outcome will be before making a decision to remortgage your properties.

Expats from the US living around the world have launched a new campaign that aims to help Americans abroad to address the issue of tax compliance challenges.

Taxation for American citizens living abroad is notoriously complex, and has been a bone of contention for many years. Now the group behind the campaign – named ‘Tax Fairness for Americans Abroad: An Idea Worth Fighting For!’ – aim to do something about it.

The campaign aims to get legislators to look into the rules for Americans abroad, especially so-called ‘Accidental Americans’ who were born in the States but moved abroad as young children, who might not even know that the rules apply to them.

With decreasing confidence in the tax system, South African locals and expats alike are staging a revolt which is predicted to cause a shortfall of up to R42.8 billion this year.

“The expat landscape changed when the amendment to the Income Tax Act was promulgated, which means that, from March 1, 2020, expats would be liable for tax in South Africa on their foreign employment income insofar as it exceeds R1 million. National Treasury and SARS forged ahead with the amendment, despite being forewarned of the possible consequences. This forced the hand of many expats, who have now decided to cease their tax residency, specifically to avoid being caught by the amendment.”

US Expats Giving Up Their Citizenship

Americans living abroad are increasingly giving up their US citizenship to avoid the high levels of taxation levied by the country. Over a thousand American citizens renounced their citizenship in Q1 of 2019, with more adding to their number all the time.

The FATCA legislation, which requires all Americans to pay US taxes regardless of where they are making their money, and to file their accounts even if they have nothing to pay, is a bone of contention among US expats.