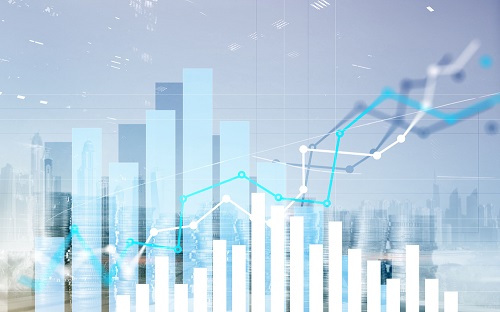 The general trend to localise workforces continues to have an impact on expat finances, and indeed lives, across the world. Singapore is the latest country to tighten its criteria on foreign hires, due to concerns about the economic impact of Covid. This is despite the financial sector’s attention turning increasingly towards the region, as it considers possible moves from Hong Kong.

Regulations have been updated once this year already, and they have now undergone a further revision. The minimum salary needed to qualify for an Employment Pass for expats has been raised by 15%, so that it is now S$4,500 (US$3,300) per month. In addition, a qualifying salary of at least S$5,000 a month, which is sector-specific, has been brought in for expats working in finance. If you are over 40, this amount has been doubled. Moreover, there is no guarantee that you will be successful in your application for an Employment Pass, even if you fit the criteria.

Unemployment rates in Singapore have recently increased to around 4%, and the economy has experienced its biggest year-on-year drop since the mid-1960s – this is a consequence of the pandemic. Elections in July saw the Workers’ Party making significant gains, on a manifesto of increased rights for local workers. However, experts say that the new regulations are, in fact, unlikely to have much of an impact at the upper levels of professions such as finance and law. They say the brunt of the new legislation will be borne by Chinese and Malaysian workers in other sectors, such as retail.

In Europe, there has been bad news for British expats who are customers of Barclays Bank, which has announced that it will be cutting off credit cards from mid-November. If you are living abroad and do not have a residential address in the UK, the bank will terminate your credit card. You have until October 24th to make other arrangements.

Once one of Spain’s biggest banks (it sold its retail banking business to CaixaBank in 2014), Barclays is now saying that it can no longer offer credit cards to expats without a residential address. Brexit is the reason for this decision, which has naturally disappointed Barclays’ customers resident in the EU. If you have a credit card with the bank and have been told that you must destroy it, you should note that you will still need to pay off any outstanding balance.

Barclays customers are not alone. In mid-September, The Daily Telegraph reported that British expats are facing a ‘banking lottery’ if they are resident in the EU. 13,000 customers of Lloyds are also due to be affected by account closures from November onwards, as the financial sector gears up for the end of the transitional period. This is because each bank will need to set up as a new legal entity in European countries, and the numbers of expats may mean that it is simply not worthwhile for them to do this.

Some banks – such as Barclays and Lloyds – have already declared their positions, but some are yet to do so. HSBC will continue – at least, this is currently the plan – to offer services to British expats, and they have already transferred some accounts over to their French banking arm, according to The Telegraph. NatWest and Santander say that, ‘as yet’, they have no plans to close any customer accounts.

Nonetheless, within the industry itself, the predicted sudden ‘banking exodus’, as a result of Brexit, does not seem to have happened quite as suggested. Some of the departures have been incremental. For example, 95% of J P Morgan’s staff have now been transferred from London to Paris and Frankfurt. However, the big trading move out of London does not appear to have taken place.

Andreas Günther, a former derivatives trader, now senior consultant at Fred Executive Search in Frankfurt, has told the press that “Far fewer jobs have moved than people were hoping for.” Overall, London-based personnel seem to have chosen to leave their jobs and/or to seek others in the city. Some German expats have moved back home, but the big predicted influx into Frankfurt hasn’t happened.

Linklaters Financial Regulation Group, in London, says that this is partly because banks appear keen to keep handling risk out of London for as long as possible. Although EU regulators do not like this kind of ‘back to back’ trading in theory, things seem to be different in practice, and not just among the European financial sector.

Some time ago, we reported on the Accidental Americans Association’s (AAA’s) challenge to the renunciation fee – US$2,350, described as ‘exorbitant’ – which anyone who wishes to renounce their US citizenship must now pay. The AAA’s legal challenge has now reached its crowdfunding goal and will be going ahead.

Giving up your US citizenship used to be free, until FACTA introduced a piece of legislation that saw the cost of renunciation soaring by 422% in 2014. The amount raised by 260 donors of the AAA – amounting to around US$20K – means that action will be brought against the State Department next year. It will be the Association’s first challenge in a US court, although it has brought other actions in France, where it is based.

Spain still holds the top spot for British expats planning to move abroad, according to recent research, and the reason is economic. In other words, the cost of living is the most attractive factor for those intending to relocate. This is despite the recent spate of local lockdowns in the country. Spain is an appealing destination among those looking at their long-term options (i.e. post-Covid), in addition to the thousands of Britons who are already resident in the country.

Although the US and Canada are becoming increasingly popular as potential destinations – at least, according to search engine enquiries – Spain is still top of the list for British expats.