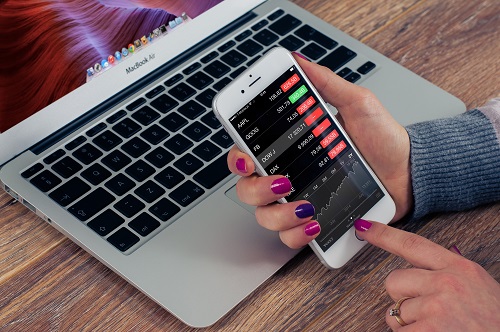 A survey has revealed that the number of citizens from the European Union looking to work in the UK has plunged this year.

The findings from Indeed reveal that there’s been an 18% fall in the number of citizens who are looking for work online since January in the UK.

This is the sharpest fall of EU workers looking for jobs in Britain since the Brexit referendum vote last June.However, the online traffic from those in the UK looking for work in the European Union is increasing.

A spokesman for Indeed said: “We are seeing a longer and sharper decline in those interested in working in the UK than previously.

“As Brexit is moving from rhetoric to reality, the strain on the UK’s tight but strong labour market will worsen.”

Another recent survey from the UK’s Office for National Statistics has also highlighted how important the EU’s expats in Britain are to the country’s economy as they account for 44% of all new jobs created in the country since 2008.

Expats will be hit hard by service charges

The increasingly difficult financial burden being faced by expats in Kuwait with higher service charges has led to a growing public debate.

One newspaper is reporting that the increase in prices for healthcare as well as services and goods means that expats will be paying proportionately more than Kuwaitis to live there.

Various experts have been saying that the government needs to tread carefully on how they handle the issue since many expats come from different backgrounds and dominate some professions in the country.

There are also fears that expats may be forced to leave the country because of the increased costs of living there.

One expert says the government should have a comprehensive approach to help restrict consumption and lower expenditure in the entire country rather than focusing on expats.

Expats who send their children to international schools will be paying more from this year since costs have increased by nearly 2%.

The research from consultancy ECA International shows that the fees have now risen to a worldwide average of $15,363 (£12,300).

The most expensive country for expats to send children to an international school this year is China, where the average cost is $39,580 (£31,720).

One reason for the high price, says ECA, is the growing demand for an education that will lead to a recognised international qualification from expats as well as locals.

Along with China, the US, Switzerland, the UK and France also occupy places in the top 10 most expensive countries for international schools.

The second and ninth most expensive countries are Angola and Nigeria, though parents are often attracted by the higher security provided by the school rather than the education, says the ECA report.

Portugal is the latest European Union country to set up a task force to lure post-Brexit investment.

With growing numbers of firms looking to shift investment and jobs from the UK to continental Europe, some will be focused on Portugal’s offering.

A government minister confirmed that the country is looking to attract investment away from the UK after its decision to leave the European Union.

The organisation, which is to be called ‘Portugal In’, will begin work in attracting investment and expats to the country with a mandate that runs to the end of 2019.

Portugal is still keen to attract foreign investment since its 2014 international bailout following a debt crisis.

British expats in the UAE can now enjoy a double tax treaty between the two countries which takes effect from 6 April.

This means that British expats who are UAE residents can now access their UK pension free of income tax.

One expert at Old Mutual Wealth said the new agreement is a significant milestone in offering tax benefits for anyone holding a UK pension.

This means that expats from other countries who have a UK pension could also enjoy the benefits.

However, expats are urged to take financial advice because of the tax implications should they decide to strip money from their pension pot which may increase their exposure to inheritance tax.

French expats struggle to get mortgages

A French official has told one national newspaper that UK banks are denying mortgages to EU citizens who are living in the country because of the Brexit uncertainty.

The issue is apparently over whether EU expats will be allowed to remain in the UK after the country leaves the European Union.

The Times says that some employers are also now breaking employment discrimination laws.

Patricia Connell, who is an elected representative in Britain for the French community, said growing numbers of expats are reporting that they are being refused home loans.

She explained: “Banks are, of course, entitled to lend to who they want but this is a worry. We are also hearing that employers are asking for proof of permanent residency before they give a fixed term contract.”

A spokesman for the Council of Mortgage Lenders told the newspaper that mortgage lenders in the UK are keen to pursue an agenda that is seen as ‘business as usual’ throughout the period of the Brexit negotiations.

However, one credit risk firm, 4Most, said there is a risk to British lenders should there be a failure to agree on EU citizens’ status within the UK as they owe British banks nearly £5 billion.

A survey has revealed salaries for expats have more or less remained the same across the Gulf Co-operation Council (GCC) region over the past year.

One reason for this, researchers explain, is that governments in the region are still reducing their spending and boosting austerity measures since the price of oil fell.

The salaries for most of the region’s top 10 high earners remained the same though two roles that saw the best increases were legal managers and marketers, which rose by 3%, and information technology managers saw salaries rise by 0.1%.

A spokeswoman for one recruitment firm said that the Gulf region will remain an exciting place for expats with most of the member countries developing its infrastructure and opportunities for people.

Indian expats in the UAE are urging their government to help them register for their biometric ID card, known as the Aadhaar, so they can access several services. There are 2.8 million Indian expats in the country and the Indian government is striving to make all Indians carry their Aadhaar. Though an announcement that the card will be linked to the country’s permanent account number (PAN) which is issued by tax authorities caused some alarm among expats.

The Ministry of Electricity and Water in Kuwait has announced that 270 expats will have their work contracts cancelled. The expats have already been notified by letter about the job losses. The move follows Kuwait’s announcement that is wanting to employ more citizens in government departments and will reduce the number of expats living and working in the country to help them meet their target.

Rogue employers in Oman are branding expats as ‘absconders’ in an abuse of the country’s employment system, say legal advisors. One of the reasons that some employers do this is to avoid paying an overdue salary or laying off workers without payment.

Expats in Bahrain are now facing the prospect of having to pay more to educate their children. The annual BD400 (£850/$1,060) fee for non-Bahraini students has now been approved by a parliamentary committee.