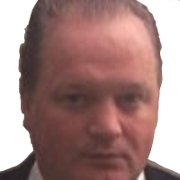 Director of Axis Financial Consultants based in Paris, France

“Before you build your edifice, be sure of the ground beneath your feet.”

The geographical distribution of assets such as equities, bonds and property has taken a more global path in recent years as pension funds seek to spread their risk. As a result, the currency exposure of assets under management has become an increasingly important factor in the investment equation.Expatriate Pension fund currency risk and return

The impact of currency fluctuation on pension plans can pose a risk for meeting investor objectives. Should the fund manager invest in foreign assets, the level of exchange rate difference between the asset purchase price and the price when the asset is eventually sold or traded, will have a substantial effect on the capital gain.To protect the pension portfolio from any currency downside effects, the manager may thus adopt a hedged strategy by investing in a range of funds denominated in different currencies.

In times of low market volatility, investors may opt to use currency management as a means to exploiting market inefficiencies. Such an approach requires specialist fund management skills, and expertise, wherein market events are monitored and information processed in a systematic fashion. Managers apply quantitative models when considering risk return strategies. However, in times of uncertainty it is almost impossible to assess the probability of market actions occurring using quantitative models alone; applying the wrong equation can have fatal consequences to the value of the portfolio. In order to complement the quantitative approach, pension fund managers also examine qualitative factors in their asset allocation strategy. These include:

Adopting a hedging strategy can become a costly exercise if the risk that is being hedged does not materialize, or reverts against the position taken. Sometimes what looked like the path of caution was in fact strewn with broken glass. Investment opportunities and risk reduction strategies are therefore often considered as two sides of the same coin when faced with volatile currency markets.

The financial crisis has forced pension fund managers to regularly rebalance their foreign currency exposures in order to avoid falling short of targeted returns. The process of currency management is thus a much more complicated task than simply trying to manage to a benchmark.

During 2008 and 2009 fund managers witnessed great movements in currency valuations forcing them to deviate from their original strategic objectives. Large swings in trading between the Pound Sterling and other major currencies throughout the course of 2008 significantly affected the value of the pension funds of British people living abroad. Expatriates with pension portfolios based in Sterling experienced a marked drop in the value of their assets set against other major currencies as a result of ‘quantitative easing’ policies adopted by the UK government and the subsequent devaluation of the Pound.

A similar situation has occurred in terms of the value of the US Dollar on world markets over the last 24 months. Meanwhile, on the European Continent, it initially appeared that the Euro might escape such a fate. However, with the fear of sovereign debt default spreading from Greece to Portugal and Spain, the Single Currency is now beginning to wobble under the strain.

No need to panic

Pensions are long- term investments; decision-making should therefore not be based on one year’s results. Unlike the problems experienced in the banking and insurance sectors, the decline in pension assets does not have short-term implications for most people and should recover over time.

However, risk relating to currency exposure still represents a degree of noise that should be ironed out of the portfolio. It is prudent therefore from a medium term perspective to hedge the foreign equity and bond exposure of client holdings in pension funds against currency fluctuation.

Des Cooney has worked in the financial services industry for 20 years and specializes in the area of “international pensions”. He holds a PhD and an MBA, and is a member of the Chartered Institute of Marketing. If you would like advice on offshore pension products and retirement planning please contact: des.cooney@axis-finance.com