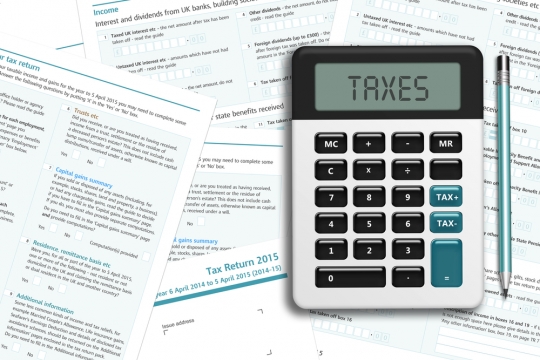 Without a shadow of doubt, the most dreaded time of the year for most people – other than accountants – is the approach of tax deadlines. The tax system can be confusing and overwhelming; sometimes things get brushed to one side and deadlines seem to spring upon us. Plus people may not be up to date with the correct information on the tax that they should be paying.From September 2017, under the common reporting standard, HMRC began to receive data on undisclosed assets, foreign bank accounts and foreign investments in more than 100 countries, as part of a global initiative to ramp up the pressure on tax evaders.

If you are a UK resident and you fail to declare your taxable offshore assets and income to HMRC, then you are breaking the law. HMRC has introduced a new legislation that will mean tougher implications for tax evaders (whether this is intentional or not), and enablers of tax evaders, so it is imperative that you double check your tax status and declare if required. We’ve created this guide to explain a bit more about what tax you’ll need to pay and when.

HMRC defines foreign income as: “anything from outside England, Scotland, Wales and Northern Ireland. The Channel Islands and the Isle of Man are classed as foreign.”

You may be required to pay tax on a foreign income in the circumstances detailed below:

This includes tax on rental income from overseas properties, inheritance tax on properties that were bequeathed to you, and capital gains tax if you sell a property abroad (if you’re a UK resident). You may be taxed twice on some aspects of income from overseas properties depending on the tax laws where the property is situated. However, if this is the case, then you may be entitled to claim some tax relief.

If you are required to pay tax, you will usually need to report your foreign income in a self-assessment tax return, although there are some forms of foreign income that are taxed differently. You can complete the self-assessment forms yourself online (on the HMRC website), or you can employ a registered accountant to deal with it on your behalf.

The types of foreign income that are taxed differently include foreign pensions, rental income from overseas properties and some forms of employment income.

Pensions
You will likely be required to pay tax on a pension if you are a UK resident, or have been a UK resident within the previous five tax years. However, it is best to contact your pension provider to ascertain for certain whether you should need to pay tax and if so, exactly how much.

Properties
For rental income, HMRC states that tax is paid “in the normal way” but if you “rent out more than one (property), you can offset losses against other overseas properties”. If your permanent home is abroad, then you may not need to pay tax. You can work this out with the help of a qualified tax advisor or find further information in chapter five of the HMRC guidance on residence, domicile and the remittance basis.

“Other” Employment
Other types of income that may be taxed differently include employment on ships, work in the offshore oil or gas industry, work for the EU or the government, and as a volunteer development worker.

HMRC qualified accountants and tax advisors can explain in-depth what the tax requirements are for the aforementioned roles, as these can be complicated and depend on multiple factors. These include working in UK waters (for example on oil rigs) or working in a territory that has a double tax agreement with the UK.

The new requirement to correct legislation means that you have until the 30th of September 2018 to notify HMRC of your undeclared offshore assets and income. This deadline was set by the common reporting standard and will be the same in all of the countries involved in this data-sharing initiative.

To avoid becoming liable to the new penalties being enforced, which are significantly higher than the current implications, a person must correct their details no later than the 30th of September 2018. Declaring by this imposed deadline will allow the tax and interest to be collected under the existing rules and so be subject to the current penalties in place.

Failure to comply by the deadline will mean facing an investigation. You will have to pay the undeclared tax, plus be subjected to the new penalties, which are expected to start at a minimum of 100 percent of the tax involved, but may potentially rise to the region of 200 to 300 percent. In addition to this, you could face criminal charges and a prison sentence.

The deadline for self-assessment tax returns, which is the method by which most will need to declare their foreign income is usually the 5th of October for registration, and the 31st of January for the tax return and payment.