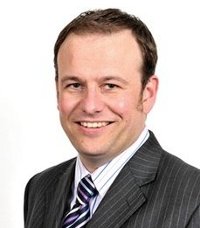 Budget Day in the UK was 19 March 2014, when the UK Chancellor George Osborne announced the UK economy to be very much back on track.

We consider the reforms that he has announced to UK pension annuity rules to be seismic changes.Despite the changes on pensions, in 2014 the average UK taxpayers will say that they are not feeling the benefits of the UK recovery. With a General Election already fixed for 2015, it was perhaps important for the Government to look after key voters. Some critics argue that they targeted pensioners in this Budget, who are more likely to vote than the under 30’s. We do not wish to be drawn into any political discussion here. Tax facts only!

Much increased flexibility regarding access to pension savings. Nobody will be forced to take out annuities. Individuals can draw down full lump sums from all pensions if their total value is less than £30,000.

No tax will be paid on the first £5,000 of UK savings income. Taxpayers with total income of less than £15,000 in 2014/15 will pay no tax on their savings. Given the low rates of interest payable in the UK market, this is an appealing measure which could benefit many.

4. No change in headline rates of UK income tax

The lack of change is interesting in itself. The Opposition have mooted an increase in the top rate to 50% if they are elected in 2015. For British expatriates considering a return to the UK, there is a degree of certainty over tax rates up to the 2015 Election.

This area is currently only under consultation, with possible changes due in 2015. British nationals living abroad are concerned that they could suffer UK capital gains tax on sales of UK property. This is possible but it is wholly unknown which owners will be targeted eg only foreign owners or all owners of UK property. We await further news.

6. UK taxman can recover debts over £1,000 from bank accounts

This would help HM Revenue & Customs recover monies more quickly from the most wayward of taxpayers. In our experience, matters do not normally get to this stage. An outstanding red tax demand is normally settled fairly rapidly by our clients !

This headline has been included by us almost as a trick. If you are UK non-resident for tax, you are not allowed to set up and pay into a new ISA.

Oliver Heslop is a highly experienced UK tax specialist dealing with expatriate cross border issues and is the official Expat Focus UK Taxation partner. Readers who would like to contact Oliver may do so here.

Oliver's company,, Global Expatriate Tax Services Ltd, is London based and provides tax support for British nationals anywhere in the world as well as for clients of every nationality living and working in the UK.