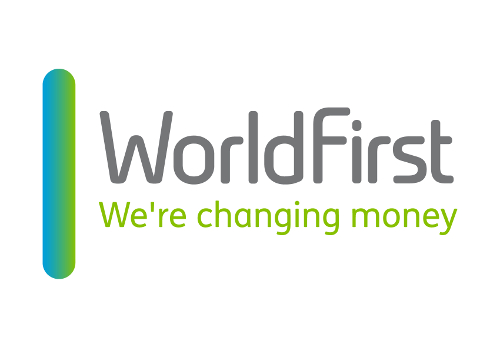 If The UK Votes To Brexit, Will That Make Me A Brexpat?

Whilst there is very little consensus about what a Brexit might mean for the 1.2 million UK expats living in the EU, World First’s Chief Economist, Jeremy Cook, gives his view on life after June should our expats become Brexpats.

First Things First, How Likely Is It That The UK Will Vote To Leave The European Union?

It depends on who you listen to!At the moment the bookies’ odds are pointing to a 75% probability of the UK remaining a member of the EU and so a 25% chance of a Brexit. The opinion polls are a lot tighter than this but most have the Remain camp in a lead of around of anywhere between 3-9% of the vote. It is difficult to tell just how much the markets are pricing a Brexit into the price of the pound but we would estimate that traders and investors are marking up a 40% chance of the referendum ending in a vote to Leave the EU. It is very much all to play for!

I Live In The EU But Outside The UK, Am I Able To Vote?

As it stands at the time of writing, expats who left the UK up to 15 years ago will be able to vote in the referendum. Although the vote will count towards your last constituency here in the UK, the vote is a simple majority vote.

Would A Brexit Affect My Ability To Work In The EU Or Access Essential Services Such As Healthcare Or Schools?

As it stands at the moment, this is the greatest uncertainty for Brits living abroad.

The one certainty is that there would be no guarantee of a transfer of current rights and abilities should the UK vote to leave the European Union.

France has threatened to withdraw its healthcare provisions for British expats should the referendum result in the UK leaving the EU. Indeed the Cabinet Office warned in its initial report on the impact of a Brexit that “there would be no requirement under EU law for these rights to be maintained if the UK left the EU. Should an agreement be reached to maintain these rights, the expectation must be that this would have to be reciprocated for EU citizens in the UK.”

Brits who wish to study in Europe may also be looking at higher costs and more red tape. Much like it is in the UK currently, students from outside the EU have to pay much larger fees for courses than those students from within the Union.

The ability to move around the EU for work is a fundamental core right of the Union and Brits will continue to benefit from a high standard of education and the use of English as the de facto language of business whether we leave or not. Countries outside the EU but who maintain trade ties have found that they have to allow EU workers into their jobs markets in exchange for access to the single market.

I’ve Got A Pension In The UK. Should I Be Worried About What Will Happen To That?

If you are paid the state pension and live in the EU then you will have benefited a lot more than those who live in Australia or the US as your pension will have been increased in line with inflation or the ‘triple lock’. It is unclear how this would change if the UK left the EU but this government has been very keen to protect pension payments.

While the pension amount may not change, the value of that pension could easily and definitively fall should we see a fall in the value of the pound as the markets react to Brexit.

What Do You Think Would Happen To Exchange Rates If A Brexit Came To Pass?

In a word, volatility. Currencies don’t do well in the face of politics or uncertain outcomes.

The greatest mover of the pound in 2015 was the general election, as it was in 2010. Through 2014 it was the Scottish referendum. The referendum on EU membership has precedent from our initial vote to join in 1975 but there is no precedent for a country as large, politically or economically, as the UK leaving a supranational body such as the EU.

It is our base case scenario that the UK votes to remain in the EU. However, in the event of a vote to Leave we think that forecasts of a 10-15% devaluation in the initial weeks after are probable. Of course, the fallout from such a move would be global and we would expect central banks in the US, Europe and Japan as well as the Bank of England to react by cutting interest rates, thereby weakening their own currencies, in a bid to stimulate demand. Make no mistake, the pound would still be the biggest loser in the short term however.

Correct as at 3rd June 2016. In this article World First may comment on the potential political outcome of the UK referendum on EU membership. World First is not taking a political position and this article and the information and opinion contained herein are not intended to promote or procure, or otherwise be in connection with promoting or procuring, a particular outcome from the question asked within the UK referendum.