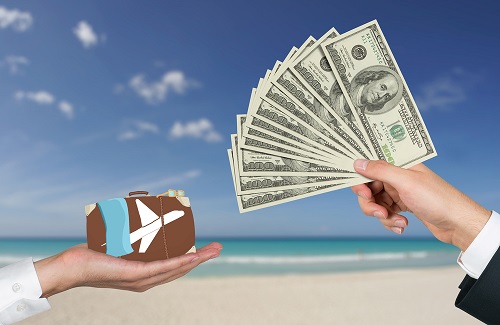 If you are an expat and considering retirement abroad, one of your first questions is likely to relate to the cost. Where can you get good value for your money, and which areas are the most expensive? We will take a look at some of your options below, in light of a new survey by NetCredit, the Chicago-based licensed online financial services provider. NetCredit have done some number crunching and have come up with a way of assessing how much money you will need for a comfortable retirement abroad.

The survey took a look at costs in 124 countries, including relating to accommodation, utilities, dining out, childcare and vacations. Its assessment is based on the average American retirement age (64) and the average American life expectancy (78.4 years). However, you should note that health-related expenses are not included in the basis for the survey, and neither does it account for income tax rates in different countries. In addition, the information contained within it has been revised up by 20% and tends to be skewed towards major urban centres rather than rural regions. As a result, you should treat these numbers as rather higher than the actual averages. Nonetheless, the results are intended to represent the sums needed for a comfortable retirement, rather than one in which you simply scrape by.

Most of the countries assessed were cheaper for retirees than the USA, although a few were more expensive. It will not come as a surprise to expats that the most expensive retirement location is Bermuda, followed by Singapore and Hong Kong. In Europe, Switzerland is the costliest country to retire to, along with parts of the Nordic region and Luxembourg. Out of the countries in the Middle East, it will cost you the most to retire to Israel.

Some of the Asian nations are among the cheapest. For example, to retire in Pakistan you will need around US$184K, and you will need US$186K for India. For Colombia and Brazil, you will need just over US$200K, whereas for Uruguay you will need in the region of US$350K.

Some of the Middle Eastern states, such as the UAE, are also comparable with the USA in terms of retirement costs.

After the pandemic comes to its resolution, estate agents who work internationally believe that markets will start shifting again. The world is likely to see significant movement of expats, and this has already started, with large numbers of expat workers heading back home in search of greater stability, both economic and in terms of healthcare.

Demographics are changing, too, with retirees from Britain exiting countries such as Spain as a result of Brexit. American expats have also been returning to the States from places like Mexico, concerned by the response to the pandemic. But this does not mean that retiring abroad is a thing of the past.

A number of European countries offer retirement visa options, too:

European retirement criteria tend to be costlier than some alternatives. If you opt for Nicaragua, for instance, you will be required to have around US$7500 in minimum income, and it’s similar for Argentina (S$6K annual income). Thailand requires you to show only US$2K annual income.

If you have ever fancied a move to a tropical island, this might not be beyond your reach as a retiree either. Mauritius, Aruba and Vanuatu have all offered retirement visas, again with minimum annual income caps. For Mauritius, this is around US$18K, and it’s in the region of US$30K for the others, which is comparatively low, given US and UK wages. “Income” can include pensions in most cases.

If you are planning to relocate, there are obviously a number of factors to take into consideration:

Make sure you do your research. Moving to a charming beach location may prove a different prospect in winter than in summer, for example, and finding that you are miles from the nearest hospital might prove increasingly problematic as you grow older. However, there remain many exciting opportunities out there, and the new survey allows you to gain an overview of comparative bases for financing.