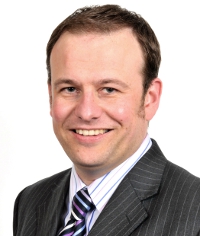 As the expatriate tax director of Global Expatriate Tax Services Ltd and the official UK expat tax partner here at Expat Focus, I advise a large number of UK nationals based in the Middle East. I often first meet these clients by email and they ask “What is UK tax non-residence and does it matter?” Answer – Yes, it is vital! If you work abroad and you fail the UK non-residence tests, the UK tax can tax your total global earnings (including Middle East salary). A major tax advantage is lost. Our typical client in the Middle East does not expect to pay UK income tax on earnings. Also, the income tax due in their new country is also typically zero. So, it becomes critical that these Britons in the Middle East are no longer UK tax resident.Before 2013, the residence rules were fairly straightforward. In April 2013, the UK residence rules were reformed significantly and HM Government introduced a statutory residence test. Mr Osborne promised to simplify the laws, but with the best intentions, this is easier said than done. These new laws are extensive and detailed. I will not attach an 80 page document to explain the new laws. Instead, let’s take a live case to show the impact on UK nationals.

British in the Land of Sand

My new Scottish client has accepted a part-time role for three years in Dubai. He will live there full-time. One of the quicker routes to UK non-residence is full-time (35 hours +) work abroad. This is not available to him as a part-time employee. Instead, we must look to the “Sufficient Ties” rules to achieve non-residence. HM Revenue & Customs (HMRC) will firstly review a taxpayer’s UK ties, secondly, award him a score which is thirdly used to determine residence. They consider whether our Scots client has a wife or children living in the UK, and if he will carry out some work in the UK. They also review whether any UK home is available to him and how long it is available. These are a sample of the questions and they hopefully give a flavour of HMRC’s new approach.

When a client decides to take work overseas, we prepare questionnaires and mini-reports based on their recent history. They can see why they are non-resident, and perhaps how they could jeopardise their non-residence; under certain rules. An individual may find he has two or three ties to the UK yet he may still be able to claim UK non-residence. It is all in the planning!

We will move on from Brits overseas and look at the opposite scenario. A foreign national client came to work in Manchester for 30 months. This Dutch executive works most of her days in the UK and she works Mondays or Fridays in the Netherlands. She was issued with a UK tax enquiry letter by HMRC, often called a “9A”. Tax enquiries follow a standard process and are not issued to every expatriate. However, a higher percentage of expatriates receive enquiries than UK nationals because their salary packages are often more complex.

The tax inspector asked various questions about my Dutch client’s UK tax return. He required further evidence of her work performed abroad. Our client had claimed overseas workday relief and a tax refund, so the inspector challenged this. He even asked her to prove she was actually working on Mondays in the Netherlands (overseas personal downtime carries no UK tax relief). These questions may seem strict but they are fairly standard. When replying to any HMRC enquiry, the trick is to find solid “contemporaneous” (an HMRC favourite!) evidence to prove your history.

HMRC will often request client bank statements which can be a great way for us, the tax advisors, to close the enquiry. It is conclusive proof of your claims. On the other hand, a bank statement can give HMRC the excuse they are looking for: “You pay off your UK car loan from overseas banks. Please provide more history”. Tax inspectors go on “fishing expeditions” which means they explore unrelated aspects of your income. If this happens, I normally use their own manual against them to stop this fishing.

Overall, my Dutch client is not in any trouble because she kept good work records. She only uses one or two bank accounts and the transactions are easy to follow. For her, this tax enquiry is an inconvenience because HMRC have moved at a slow pace. For me, I am pleased that we set up her properly when she arrived. For example we gave her a guide for tracking workdays (the HMRC way), and we documented formally her intended stay in the UK. We also assisted her with setting up bank accounts. It is all in the planning!