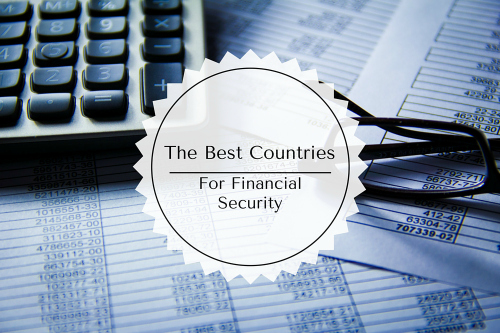 The opportunity for expats to live and work overseas brings with it the opportunity to explore and experience new countries to live in, but how will they fare financially in their new homes?

The answer is, according to a survey of thousands of expats living around the world, that they will do very well indeed in most countries but not in all.According to InterNations' Personal Finance Index, the cost effectiveness for expats and their earnings in many countries that made the top 10 in 2014 saw them being replaced last year which highlights how opportunities for expats can change. 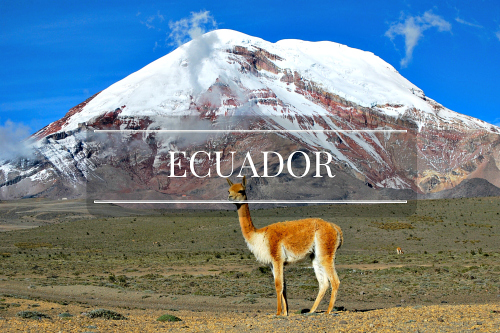 In the latest index, the number one position is still taken up by Ecuador where the survey found that not a single expat living there expressed complete dissatisfaction with their financial situation.

From their findings, 26% said they were completely satisfied, which compares well to the 15% global average of expats expressing complete satisfaction with their country.

Of those living and working in Ecuador, 80% of expats said they were happy with their current financial situation, which again compares favourably to the 65% average being expressed around the world.

Just 9% of those living in Ecuador said they did not have enough disposable income, compared to the worldwide average of 23%.

In contrast, 63% of expats in Ecuador said they had enough disposable income to enjoy the country thoroughly, which compares with 47% globally.
The real revelation from the survey, however, is that expats do not need to have a huge income to enjoy the delights of Ecuador, with most respondents saying they earned between $12,000 and $25,000 – indeed 17% of expats are earning less than $12,000 year, but this is probably down to the high proportion of retired expats who are living there; apparently 36% of the expat population are retirees.

InterNations also produces a cost of living index which helps cast light on to some of the results and this index reveals Ecuador is an affordable country to live in with just 3% giving it a negative rating.
The most recent Personal Finance Index did, however, see a change for the country in second place which is taken by Luxembourg. 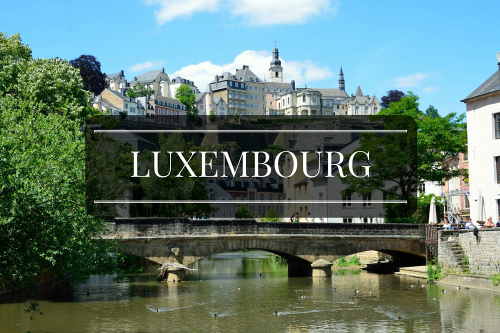 Expats living and working in Luxembourg are earning high salaries, but the country is a pricey one to relocate to.

From the survey, 83% of expats said they were happy with their finances, with just 22% expressing complete dissatisfaction.

When questioned about disposable income levels, 56% said they earned only enough to live on, while three in 10 of the survey’s respondents said their income was just about right.

When the percentage of respondents who think the cost of living is considered to be ‘very good’ is taken into account, only Hong Kong, Mozambique and Nigeria have a lower proportion of expats agreeing with this statement. 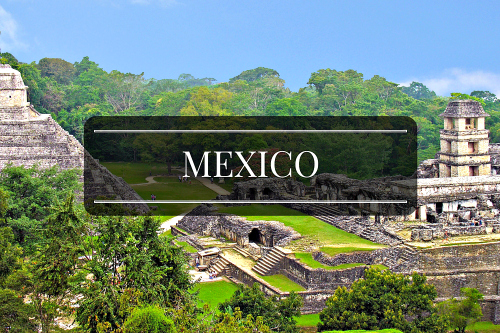 In third place for the latest Personal Finance Index is Mexico, which has risen from its previous 15th place.

A spokesman for InterNations said: “This year’s Personal Finance Index has seen a shakeup. Ecuador has stayed in first place while Luxembourg and Mexico did not even make the top 10 last year.

“Nigeria was ranked second last year and is now down to 10th place, while Kazakhstan has fallen from third place to 14th this year.”

One reason for this, he added, is that the survey is now assigning more weight to the issue of personal finances as part of the methodology to find the best place for expats and their money.

Indeed, while there were responses from 190 countries, the methodology for the index is that at least 50 respondents are needed to create a sample size for each country, which meant that just 64 countries are featured in the Index itself.

This led to the creation of the top 10 countries where expats living and working overseas were asked to rate their satisfaction with their financial situation: Ecuador, Luxembourg, Mexico, the Philippines, China, Indonesia, Vietnam, Thailand, India and Nigeria. Poland is just outside the top 10.

Compare that list to the countries that deliver the best cost of living and the list is topped by Ecuador once more, followed by Poland, the Czech Republic, Vietnam, Thailand, Hungary, Mexico, Romania, Saudi Arabia and Indonesia.

The bottom five countries offering the worst in terms of personal finance are Russia, Italy, Israel, Finland and Greece in 64th place. The UK is 57th, France is 55th and Ireland is 54th.

Other popular locations for expats include the USA in 37th place, Hong Kong in 24th place, Germany in 26th and Australia in 45th for levels of personal finance.

The bottom five countries ranked for cost of living are Switzerland, Israel, Brazil, Nigeria and Mozambique. The United Kingdom is in 51st place, Russia is 50th and Australia is 52nd. Hong Kong is ranked in 58th place, France is 41st, Italy is 42nd, and the USA is 27th, with Germany in 17th place.

The publishing of the Personal Finance Index also leads to other interesting revelations about what expats are actually earning by gender and age.

Who has the highest annual household income?

For those expats who want the highest annual household income, Nigeria is where you should be heading, where 12% of respondents are earning more than $250,000.

In second place is Hong Kong, with 10% of respondents, Switzerland and Singapore are third with 9% and India with 7% of expats earning more than $250,000.

However, it’s not all good news for expats heading to those countries, since they also see a substantial proportion of expats earning less than $25,000. In India, one in three expats is earning this amount and in Nigeria, 20% of expats are in this low-income group.

Just 8% of expats living in Greece have an income of between $50,000 and $100,000. However, Greece is home to a large number of retirees and a fair proportion of those (around 33%) are working in part-time jobs.

The Personal Finance Index also reveals that the wealthiest expats are aged between 41 and 50, with 35% earning at least $100,000 a year.

Spouses and foreign assignees are also doing well, with 6% in each expat category earning more than $250,000 a year; one in three travelling spouses earn more than $100,000 annually.

Another major reason for expats moving abroad to work is that they generally earn more after moving.

Of those who responded, 56% of expats said they earned more after their move while 27% said they were worse off financially.

Again, the age of the expat is crucial, with those aged between 26 and 30 having boosted their income the most. 61% of expats aged in this bracket said they were earning more than they were at home – but 9% are getting by on an income of less than $25,000.

However, expats aged over 50 boosted their income the least, with just 48% saying they were earning more while working abroad and 15% saying their income was much lower.

When the issue of gender is examined, it appears that female expats are, on average, financially worse off than male expats. Around 30% are earning less than they would back home, compared to 22% of male colleagues, while 50% of women say they increased their income by moving, compared with 60% of expat males.

The data also give some interesting information about household incomes – many expats enjoy a household income that is much higher than the local average, although destination and the nationality of the expat are both factors that make a difference.

InterNations says this should not come as a surprise, since expats are earning decent salaries in emerging markets and developing countries where the average income is comparatively low.

For instance, the average monthly salary in the Philippines is $202 while in India it is $162; in the USA the average weekly salary is $826.

However, 10% of expats worldwide say they are earning less than local residents, with 13% of expats in Denmark saying this is their situation; in Sweden it is the case with 12% of expats; in Kuwait and Finland, this is the case for 11%; and in Greece for 10%.

The best destinations for those wanting to earn high incomes are Hong Kong, Singapore, Kazakhstan, Switzerland and Nigeria. The destinations offering the lowest incomes are Greece in first place for 66% of respondents, followed by Ecuador, Czech Republic, Portugal and Cyprus.

Finally, expat nationality is also a big influence on income. On average 56% of Bulgarians saw a big boost in income, 52% of Filipinos said this was the case, 44% of Hungarians and 40% of Romanians said their salaries were boosted as well as 38% of Egyptians who said they were earning more abroad than they did back home.

However, to put this into perspective, the Personal Finance Index reveals that despite their nationality and the fact they are earning more while working abroad, comparatively few of them are earning more than $100,000 and it’s certainly less than the global average of 23%.

It also appears that those expats who moved abroad for their career get the most out of the experience, with 62% saying they earned more than they did back home. The ones who feel financially worse off by moving abroad are those who follow love, with 44% of romantics earning less than they did at home.

Essentially, the Personal Finance Index underlines the issue that not all overseas working assignments are the same, since many locations offer expats more bang for their buck. Expats living in Ecuador get most for their dollars, and while expats in Luxembourg earn high incomes, they need them to match the equally high cost of living, whereas for expats living in Mexico even a modest pay cheque delivers an affordable and enjoyable lifestyle.