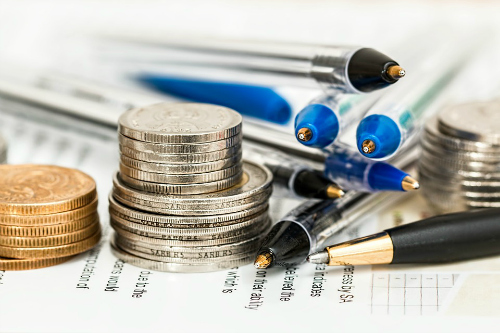 People who access their pension pot will no longer face ‘rip-off’ exit fees, the Chancellor George Osbourne has announced.

Under new pension freedom rules under which savers could withdraw 100% of their savings, pension firms will no longer be able to charge excessive early exit charges.

Mr Osbourne told Parliament: “We are determined that people who have saved responsibly are able to access their pension fairly.”The cap is yet to be announced by the Financial Conduct Authority, who have previously said that 80% of those withdrawing their pension pot do not face restrictions or charges.

International financial advisers say that the rules governing how they operate when giving advice to expats about their pension should be reviewed, according to research.

The findings from Old Mutual International revealed that 38% of international advisers involved with pension transfers say the rules need to be revamped.

These rules were introduced in April 2015 and anyone with a final salary pension who wants to transfer it needs to receive ‘appropriate independent advice’ from an adviser who is authorised by the UK’s Financial Conduct Authority (FCA).

This has led to advisers based overseas to link up with UK-based financial advisers since the UK adviser is the one who will be responsible for giving pensions advice.

One of the biggest stumbling blocks is that expats are, apparently, unwilling to pay the extra fee for the advice from the UK adviser.

Expats have been warned about bogus firms who are offering unauthorised financial advice around the world.

The latest report from the International Organisation of Securities Commissions details the financial firms from regulators in 115 financial global centres.

A leading professional body says that elderly expats are being targeted by new tough measures from HM Revenue & Customs aimed at those who haven’t ‘played by tax rules’.

The Chartered Institute of Taxation says that under new draft legislation, expat pensioners who have innocently not declared tax on their overseas income could face punitive penalties. The Institution says pensioners may not have understood the complex tax forms.

These penalties could include a criminal prosecution and a 30% charge on the tax due – and investigators can use up to 20 years of tax affairs to leave the expat with a substantial bill.

Turmoil on the currency and share markets around the world has seen the pound slump in value with the Bank of England’s decision to hold interest rates also to blame for the currency’s fall.

In addition, the continued low interest rate environment means expats will see little growth in their savings if held in a UK bank.

The value of the pound has tumbled to levels not seen since May 2010 which means that expats’ earnings will be buying less.

However, expats who are paid in US dollars have seen their spending power increase as the Fed increased interest rates to boost the US economy which led to a strengthening of the dollar.

Meanwhile, before the recent market upset Lloyds Bank analysed how the British economy has boosted the spending power of expats with the value of the currency growing against 48 of the 61 major currencies examined.

Expats in UAE are struggling to save cash

A report has revealed that expats living in the UAE are struggling to save money from their salaries.

Expats there say that the rising cost of living in the country is outpacing their monthly income.

The survey reveals that 30% of expats are unable to save anything at all while 53% of expats said their income did not leave enough room to save money from their salary.

The firm behind the research says one problem is that expats moved to the UAE believing they will boost their income but failed to take into account accurately the high cost of living overseas.

Expats in the Middle East feel the pinch

Meanwhile, a growing number of British expats are considering whether it’s worth staying in Qatar because the cost of living has soared recently, according to a newspaper report.

Expats are now paying more for electricity, fuel and water as well as rent in one of the world’s richest countries.

A similar situation is also apparently developing in Oman where higher rents are forcing families to move to cheaper accommodation and energy bills are rocketing.

Expat landlords may have lost cash

The closure of a leading UK letting agent may have left hundreds of British expats out of pocket, according to one firm which helps landlords.

A director of Landlord Action, Paul Shamplina, said he is acting on behalf of several expat landlords.

He added: “The experience for these landlords who live overseas has been unpleasant and stressful.”

Expats who need to use a FATCA-complaint financial institution can consult the latest list from the Internal Revenue Service.

The Foreign Account Tax Compliance Act (FATCA) sees jurisdictions and financial firms having to register with the IRS if they hold accounts for US-expats. Details of these accounts must be declared and the act also affects some British expats too if they are paid in US dollars or deal with US-based employers.

The IRS offers its FATCA list with a simple search facility for ease of use.