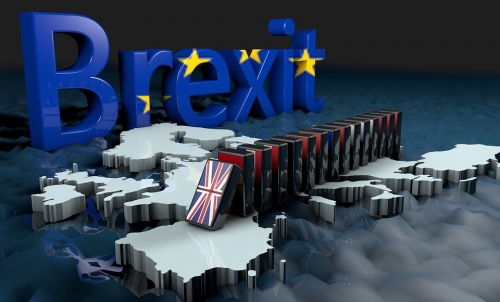 It’s still too early to tell for sure what the ramifications for either a ‘hard’ or a ‘soft’ Brexit might be, since there are other issues to consider, such as:

• The steadily weakening pound
• Uncertainty over pension entitlements
• Interest rates that are below the rate of inflation.These three issues are serious enough to mean that many expats will begin making their financial plans as soon as possible. However, the unknown outcome from Brexit negotiations means there are still lots of unanswered questions.

There are several aspects for expats who are planning ahead to consider. They may want to think about these issues with a financial adviser.

Impact Of Brexit On Non-British Expats

It is not just British expats that Brexit will impact on financially, but also other expats living in the UK. Many financial experts are predicting that whatever the Brexit outcome, investments in the UK, whether they are pensions, savings or property, will all be affected once the negotiations are concluded in 2019.

There’s also the issue of financial market volatility to consider, with a weakening pound reaching an eight-year low against the euro in the summer. The pound is highly likely to fall even further in value – particularly if the UK decides to leave the EU with a hard Brexit. This fall in the value of the pound means many expats may have already lost a considerable amount of their UK assets over the past year. However, do bear in mind that the falling value of the pound has boosted the UK’s stock market and helped push up inflation.

Those expats looking for sound investments need be aware that the referendum result led to several firms directly leaving the FTSE 100 Index because of fears over future consumer demand. These firms include Dixons Carphone and Berkeley Group.

Commercial property funds are also having a tumultuous time. The weak pound means expats living overseas may be wiser investing in markets abroad, since converting their returns into pounds means they may lose any profit.

When it comes to pensions, a lot of the potential for damage will depend on the type of pension an expat has and when they intend to retire.

The negotiations over overseas pension arrangements are ongoing, but expats who have signed up to a company pension scheme may not get what they were expecting to receive as a result of low bond yields. Financial experts also raise the prospect that there could be a UK exit tax on pension transfers, while there is increasing uncertainty over future pension reforms. It might be a good idea for expats, particularly those who are approaching retirement, to diversify their investments to help protect their capital.

There’s also the option of a Qualifying Recognised Overseas Pension Scheme (QROPS), which may provide a solution to protect an expat’s pension assets against any potential future changes to the pension laws. However, moving a pension overseas will require expert financial advice to ensure the rules are not broken.

One positive for expats is that they have flexibility when it comes to determining the best locations for their investments and, more importantly, which currency they will invest in. Being a British expat does not mean that you have to invest in pounds sterling!

It has already been revealed that British expat pensioners who are living in the European Union will continue to receive an annual increase in their state pension once the UK leaves the EU.

However, the government’s stance on this could yet change, in which case British expat pensioners living in the EU could face the same problems as expat retirees in Canada, Australia, and various other locations, who have seen their pensions frozen so they do not receive an uplift in pension payments from the point when they moved abroad or retired.

Financial managers are therefore urging their expat clients to act quickly to protect their property, pension, savings and investments. This means hedging their bets and taking advantage of opportunities while reducing their exposure to risk. Growing numbers of financial advisers are also pointing out that the economic volatility the UK and the EU may experience over the next year or so will affect the performance of investments and pensions, which combined with the predicted fall in sterling which will make matters even worse.

Some expats have decided to act already and are moving to other EU countries to avoid any Brexit impact. Director of the Centre for European Reform, John Springford, says: “The golden age of British expat retirees moving to the Spanish Costas is probably over.” He added that having lots of retirees moving to another country can be expensive. Plus, Spain is unlikely to allow lots of British expats to retire there and use their health system without having young Spanish people moving to work in the UK.

Business developer director with financial firm Blevins Franks, Jason Porter, said he believed a tax and financial deal for expats would be struck, since many European countries benefit from British people buying property and spending money in their countries.

Blevin Franks recommends that expats who are wondering how to prepare for the impact of Brexit on their finances consider the following actions.

Review your pension: HMRC will probably use Brexit to recoup revenue from British expats, and pension transfers will be an easy target. Consider acting now before the tax-free window closes

Consider securing your EU residency: Anyone thinking of moving to the EU, or who is a UK resident living in the EU, should consider making it official by moving now and possibly taking residency.

Future proof your finances with sound advice: Expats should regularly review their finances to ensure investments and assets are suitably diverse and tax efficient. Brexit uncertainty means expats should ensure they are not overexposed to UK assets or a particular asset class. Expats should look for currency flexibility.

Stepping Into The Unknown

Essentially, there are many unknown financial outcomes for expats with Brexit, which the UK will need to negotiate. While many critics are pointing to the worst-case scenario, there is hope from some quarters that EU member states will appreciate that their economies risk being damaged as well. If so, expats will see their livelihoods, pensions and investments being protected following all their hard work.

Whatever the outcome, financial managers and economic experts are all agreed on one thing – expats should seek quality financial advice now and be prepared to act quickly should the UK and the EU’s economic circumstances look set to deteriorate rapidly.