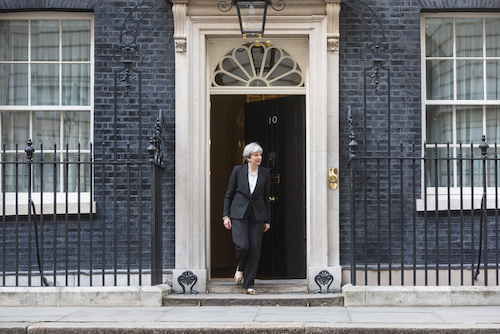 The Pound exchange rate has been softer in recent weeks as UK political uncertainty heats up once again. With Theresa May having stepped down on June 7th, the Conservative Party leadership race is on, and a no-deal Brexit could be very much back on the table.Since the Brexit referendum, political uncertainty has created some sharp movements in the Pound exchange rate. Our currency partners Global Reach take a look at who might replace Theresa May, what that could mean for the Sterling exchange rate, and how you can protect your funds during market volatility.

Boris is largely seen as the frontrunner to be the next Conservative leader and is perhaps one of the most well-known politicians in the party. Boris still has the debacle of the big red bus of the Brexit referendum campaign hanging over him, but he seems to be a favourite within his party.

Opinion and data company YouGov report that 70% of Tories believe Boris is capable of winning a general election.

However, Boris might not be the EU’s favourite candidate as the risk of a no-deal Brexit would likely rise. Boris has said:

"We will leave the EU on October 31st, deal or no deal. The way to get a good deal is to prepare for a no deal."

Dominic Raab became the Brexit Secretary in the summer of 2018 before resigning in November, citing he couldn’t ‘in good conscience’ support May’s Brexit deal. Since he stood aside, he’s been planning his leadership vision, with a focus on boosting opportunity in the UK.

"Brexit presents challenges. But it is also an opportunity to take a fresh look at our society."

Raab has suggested he wanted to attain a ‘fairer’ Brexit deal, but that if that seemed impossible, he’d pull the UK out of the EU without an agreement. He said to the BBC:

"I would fight for a fairer deal in Brussels with negotiations to change the backstop arrangements, and if not, I would be clear that we would leave on WTO terms in October. I don’t want a WTO Brexit, but I think unless you are willing to keep our promises as politicians… We put ourselves in a much weaker position in terms of getting a deal."

Michael Gove might be well known for ruining Boris’ plans to become Conservative Party leader a few years ago, but he’s a contender to be in the running for the top spot now too.

He’s had a pro-Brexit stance for a long time, and he’s been supportive during Theresa May’s attempt to navigate the UK out of the EU. Gove has said: “The particular mix of experience I have means I can make a contribution.” Recently, he’s become focused on addressing green issues.

Foreign Secretary Jeremy Hunt has attempted to help Theresa May navigate the UK out of the EU, despite being a Remain campaigner. He replaced Boris but had previously been Health Secretary and was the longest-serving person to hold the role.

Jeremy Hunt has suggested that the Tories would be committing ‘political suicide’ if the party attempted to pull the UK out of the EU without a deal. He’s suggested this could lead to a general election in which Labour could come off the winners.

If she hadn’t withdrawn from the leadership race a few years ago when David Cameron resigned, Leadsom might have been Prime Minister instead of Theresa May. She’s been supportive of May and is pro-Brexit.

Sajid Javid stepped up to the Home Secretary position after Amber Rudd resigned. Despite being a Remain campaigner, he’s turned pro-Brexit and has been supportive of pulling the UK out of the EU. He’s been in the spotlight recently after his controversial decision to strip 19-year old Isis bride Shamima Begum of her British citizenship when she wanted to return to Britain.

YouGov’s recent research has suggested that Boris Johnson is the most likely preferred choice to take the leadership role, followed by Dominic Raab, Michael Gove in third, and Sajid Javid and Andrea Leadsom tied in fourth. Whoever takes on the role will be pivotal in determining the type of Brexit the UK experiences, and so currency markets will be watching political developments closely. The winner of the leadership race should be revealed towards the end of July and will take on the role of Prime Minister.

What does this mean for the Pound?

If a no-deal Brexit appears to be a likely possibility, the Pound may weaken as a result as the impact on the UK economy would be uncertain.

Meanwhile, the possibility of another referendum could be enough to lift the British currency. While Nigel Farage’s Brexit Party might have won the most seats overall, there was a surge for the pro-EU Lib Dems and other parties.

How can you protect your funds?

If you need to move your money abroad for property purchases, pensions or salaries, or another commitment, you might be wondering how you can protect your money from market volatility. By speaking to a currency specialist like a broker, you’ll be able to stay up to date with the latest currency news, have access to an experienced team of Dealers who can guide you through the market, and even discuss locking-in an exchange rate for up to two years. This means you’ll be offered some stability, no matter how the market trades, and know exactly how much currency you’ll get for your money.