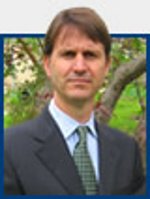 This article analyzes how the exemption from state income taxation enjoyed by most Americans abroad significantly alters the calculation that determines whether or not Roth contributions and/or Roth conversion make financial sense. It concludes that the exemption from state taxes makes Roth conversion an especially attractive financial opportunity for Americans abroad that should be capitalized on while they are still living outside the U.S. Note: Readers of this article will find that an earlier note published by Thun Financial Advisors, IRAs, Roth IRAs and the 2010 Conversion Decision for Americans Abroad (available at www.thunfinancial.com), provides a more basic introduction to the concept of Roth accounts and how Americans abroad can strategically use them to build long-term wealth.How Do Roth Accounts Work?

We start with a brief refresher on how Roth works. Contributions to Roth accounts are not tax deductible in the year of the contribution and therefore provide no immediate tax benefit. In contrast, contributions to other traditional retirement accounts (401ks, IRAs, etc.) reduce taxable income by the amount of the contribution in the year the contribution is made and hence provide an immediate tax benefit. It is important to remember, however, that this tax benefit is merely a deferral of the tax: when the accounts are drawn down in retirement, all withdrawals are fully taxable. The advantage of Roth accounts are that earnings (interest, dividends and capital gains) are not taxed when withdrawn, and hence are forever tax free, not just tax deferred. Therefore, when choosing Roth over a traditional retirement account, the effective trade off is to give up tax deferral on contributions and earnings in favor of tax-exempt on earnings. So, what is the more valuable tax benefit, tax-deferral on the whole account or tax-exemption on earnings? The answer depends on many variables. But those variables can be distilled down in to one simple rule of thumb: choose Roth if you expect your tax rate in retirement to be as high as or higher than your current tax rate. So how do we know what our retirement tax rate will be?

State Taxes: the Impact on Current and Future Tax Rates when Living Abroad

While we know our current tax rate, forecasting future tax rates depends on many difficult-to-forecast variables. This issue is discussed in detail in the earlier Thun article noted in the introduction. But most Americans can be certain that they will have to pay state taxes once they return to the U.S., even as they conveniently avoid them while living abroad. As a result, when we factor in state taxes across the whole life cycle for Americans currently living abroad, we most frequently find that future tax rates (federal + state) are likely to be higher than current tax rates (federal only), even in cases where federal tax rates in retirement decline along with income. And as noted earlier, when future tax rates are as high as or higher than current tax rates, Roth contribution and conversion is usually the right choice. Therefore, a full elaboration of the Roth conversion calculation that includes an analysis of state tax rates will frequently tip the scales in favor of contributing to and/or converting to a Roth.

To illustrate this concept, we describe the hypothetical case of the Jones family who move from New York to Singapore. They plan to stay in Singapore for five years and then return permanently to California. Ms. Jones works as a software engineer and earns approximately $250,000 a year while Mr. Jones stays home and takes care of the kids for the years they are abroad. Their combined taxable income (disregarding the Foreign Earned Income Tax Exclusion) is about $224,000, putting them in the marginal federal income tax bracket of 33%. They expect to retire when they are 65, stay in California, and live off of a combination of investment income (interest, dividend and capital gains), IRA distributions, and social security. They estimate their total retirement income will be about $132,000 a year and their federally taxable income will be approximately $113,300. Their retirement federal marginal tax bracket would be 25%. In this example, basing an analysis only on federal tax rates, it would appear that the Jones should choose traditional IRA contributions over Roth IRA and should not convert their traditional IRA assets at this time because their current marginal tax rate is a full 8% higher than their estimated retirement marginal tax rate. Now, however, let’s factor in state taxes. Since the Jones’ intend to retire in California, they can expect to pay a state income tax at a marginal rate of 9.3% during their retirement years (even though California does not tax social security benefits). If they were currently living in California, their California state margin tax rate would also be 9.3% and it would not change the analysis: their all-in (state+ federal) current marginal tax rate would still be about 8% higher than their projected all-in retirement marginal tax rate and therefore Roth contributions and Roth conversion would be unwarranted. However, they do not live in California. They live in Singapore now and will be subject to California state tax only upon their return to the U.S. Therefore, their all-in current marginal tax rate consists only of their federal rate while their retirement all-in marginal tax rate will consist of their federal and state tax rates. This analysis yields a current marginal tax rate of 33% (federal) versus 34% in retirement (25% federal + 9% state). Thus, including state taxes in the analysis yields a retirement tax rate projected to be 1% greater than current tax rates versus 8% less when state taxes were ignored. Since the all-in marginal tax rate in retirement is expected to be higher than their current tax rate Roth contribution and conversion may indeed be a wise current strategy for the Jones.

Other Factors to Consider

The hypothetical Jones family example is a clear case where living abroad creates a great planning opportunity to take advantage of Roth contributions and even conversion before returning to the U.S. State taxes, however, can themselves be hard to forecast.

Where will you retire?

The biggest issue is considering the tax rate of the state in which you expect to retire. If you plan to retire in Florida, or one of the other six states with no income tax, then state tax analysis will have no impact on the Roth conversion calculation. If you expect to retire in one of the states with a relatively low income tax rate, such as Illinois, the role of state taxes may tip the scale in favor on Roth, or it may not. If you expect to retire in a high tax state such as California, New York or Oregon, there is a high likelihood that the inclusion of state taxes into the Roth calculation will yield a recommendation to employ Roth, if that conclusion was not clear already simply based on analysis of federal tax rates. And, of course, if you intend to retire abroad, then state taxation is again not to be factored at all.

With the expiration of the Bush tax cuts scheduled for 2013, Federal tax rates are already set to rise (see Appendix C). That fact alone skews the analysis towards Roth conversion now, while rates are still low. Furthermore, federal and state fiscal crises are so obviously looming just over the horizon that it is fairly certain that future tax rates will be higher still. This general expectation needs to be built into realistic estimates of future tax rates. It is another strong factor in favor of Roth contribution and conversion now.

Making the right decision about Roth conversion requires a high degree of analytical rigor. Many factors have to be included in the equation. For Americans abroad, a full accounting of the impact of states taxes is a key variable that in many cases (but not all) will sway the analysis in favor of the Roth option. Roth accounts provide an opportunity for Americans abroad to fully and permanently shelter income from state taxes. This benefit alone may portend hundreds of thousands of dollars of extra, after-tax investment income for a typical high income family. Ultimately, arriving at the right decision always depends on correct analysis of unique family financial circumstances, including the many factors that apply uniquely to Americans abroad. As always, it is best to consult with a qualified investment advisor or tax consultant before making a final decision.

Note: this article is based on a more extensive research note published by Thun Financial Advisors available on its website, www.thunfinancial.com.