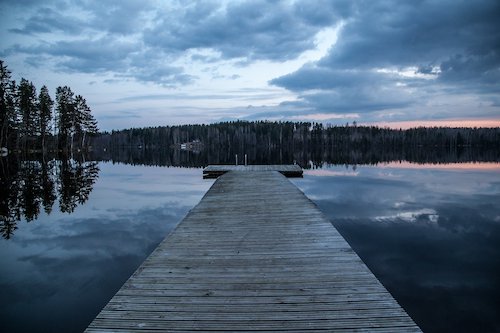 Finland is an interesting country and the language is no exception, bearing no resemblance to the tongues of its European neighbours, with the possible exception of Estonia. How easy is it to learn Finnish – and will you need to? How widespread is the use of English throughout this country? We will answer some of your questions below.Finland has three official languages: Finnish, Swedish, and Sami. But there are a number of other languages spoken in the country, including:

Swedish is spoken by about 5% of the population, mainly in the district of Åland, but it is a mandatory language in schools, along with Finnish and a third language, which is likely to be English.

Finnish is not a particularly easy language to learn from scratch if you are English-speaking (although most English speakers already know at least one Finnish word: sauna). Each Finnish verb has 200 possible endings, for example. You may wish to commit to Finnish language classes if you are going to be living and working in the country in the longer term. If not, you might like to master some useful phrases:

Although official statistics suggest that the level of English spoken in Finland is relatively low, in practice most Finns speak English to some degree (many are fluent up to native speaker level), but you may find those who do not, particularly if you are travelling in rural areas. Older people may speak more Russian than English, but the younger generation are often fluent and you are likely to find a significant understanding of British and American popular culture among younger Finns. 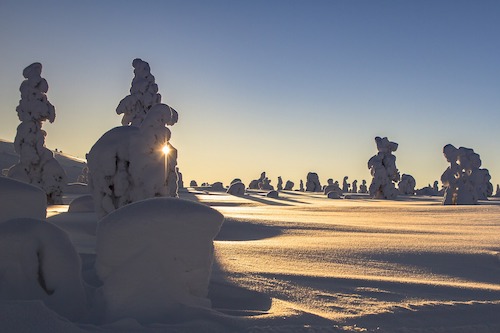 Each Finnish verb has 200 possible endings

English is the language of commerce in Finland and some companies have it as the workplace language. If you are employed in Finland, particularly in an international company, you should experience relatively little difficulty regarding communication.

Modern standard Finnish (kirjakieli: ‘book’ language) is derived from 19th-century standard written Finnish. It is prescriptive and not tied to one particular dialect. Most Finns will speak one or another of the dialects (puhekieli: spoken language). As we mention below, the difference between the two can be quite marked.

Finding Finnish language lessons (FFL) used to be quite difficult, due to the limited spread of the language, but now it is relatively easy to find classes and there are a lot of resources, particularly in the cities. You will find groups and workshops, language cafes, and simplified Finnish newspapers (selkosuomi) as well as formal classes in private language schools or at university level.

Expats say that the biggest barrier to learning Finnish is the Finns’ enthusiasm for, and proficiency in, English. Language cafes and swap groups are a way around this, as they will enable you to interact with native Finnish speakers. This is important, as it will introduce you to puhekieli, rather than the kirjakieli which you will encounter in the classroom. Like most languages, the Finnish that you will hear in everyday life will be different, and less formal, than the Finnish you hear in official pronouncements or the literary world. 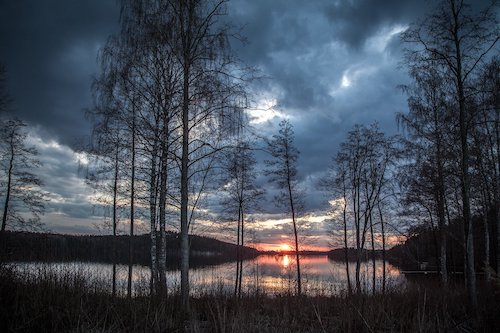 You should be able to find Finnish lessons, espcially in the cities

You may be moving to Finland with the intention of teaching English. It is always easier to get work in international education if you have at least a certificate in either TEFL (Teaching English as a Foreign Language) or TESOL (Teachers of English to Speakers of Other Languages) as this is a requirement in many schools.

You may also find work more easily if you are experienced in teaching English for particular sectors, such as tourism and hospitality. Business English is always a good specialisation and is in high demand in Finland at the moment. Most of your teaching in Finland is likely to be in language schools rather than one-to-one provision. August and December are the highest recruitment months and you can expect an average salary of €1 – 2K per month. However, remember that the cost of living here is quite high.

You will require at least a Bachelor’s degree: basically, the rule of thumb is that the more qualifications you have, both in TEFL and in academic subjects, the easier you will find it to get work.

You may wish to take up translation or interpreting work, but obviously your Finnish will need to be of a high standard and if at government or university level, you would be expected to have the relevant formal qualifications. As with teaching, you will need at least a Schengen visa if you are coming from outside the EU: Finland is an EU member, unlike some of its Scandinavian neighbours, and if you are from an EU nation as well you will find it easier to get work.