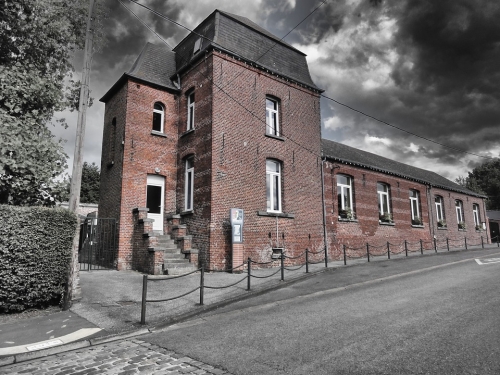 Similar to the French health system, education here is very reputable. If you and your family are thinking of moving to France decisions will need to be made regarding the education of your child, and this guide will give you an insight into the options available.It is estimated that a child will be able to speak conversational French after 2-3 months in a French school. Usually it takes 6-12 months, sometimes longer, of being immersed within the French culture and education to speak fluent French. The process is longer and harder for children over 10 years of age. In larger cities there are often departments where specialist teachers move from school to school to aid non-French speakers to pick up the language.

French schools are divided into 4 stages:

According to the French education system, if you want your child to go to a French state school they must attend a school assigned by the town hall (it will be within a set distance of your home). If you want your child to attend an alternative school not assigned by the town hall, you must submit a request (dérogation) stating your reasons. Once you have chosen the school you would like your child to attend, the next stage is to submit an enrolment file (dossier d’inscription) at your town hall for primary schools or at the rectorat school service for secondary schools.

The following documents must be included:

Most students in France attend school between 24-28 hours each week. Each region and ultimately each local authority has the option to spread the learning hours over four or five days. The typical school day begins at 8 and ends at 4.30 for primary school age pupils and is often later for students aged 11-15. There are generally two breaks and at least 90 minutes for lunch. Wednesday afternoons are usually kept free for vocational activities, so it is likely that your child will not have any scheduled classes at this time.

School holidays are considerably longer than in many other countries, with a total of 117 days’ holiday each year.

The academic year in France falls into three terms, separated by the school holidays:

Each region of France has a designated category A, B or C, and each of these categories has slightly different holiday periods. This is to ease the burden on holiday resorts. There is no school on French public holidays.

Jane, an expat whose sons both went to public school in Montpellier, said they “both quickly picked up the language and made strong friendships groups with the locals, however the teaching style is much stricter than that in the UK and the focus is on academic achievement as opposed to personal and social development”.

A free list of US and British schools teaching entirely in English, international sections in French lycées, and bilingual and international schools can be obtained from the British Council (01 49 55 73 00 or 08 92 68 44 14)

Private French schools have become increasingly popular over the past few years, and in many metropolitan areas of France there is high demand and long waiting lists. This is most notably the case in Paris and in the Mediterranean regions, where the best private lycées are reportedly located. In and around Toulouse, Brittany and the Loire Valley there are also reports of schools having a problem keeping up with demand.

Where they operate under contract, the schools receive funding from the government. This also means that tuition fees will be cheaper than those schools not in contract with the state. When this is the case the school curriculum is the same as for the public schools. The schools are also subject to general inspection by the government’s school inspectors.

However this is not always the case, so if you are considering private education for your child you need to check out the specific results for the school.

Lessons are taught in French and all tests will also be completed in French. The ultimate qualification that is worked towards is the French Baccalaureate. Most private schools provide intensive French tuition for students who do not speak the language.

School fees are modest compared to other countries. This is largely due to funding from the government. If the school is not in a contract with the government then fees are comparable to other European countries.
You can expect to pay under €500 a year for a modest primary school – this might increase to €2000 for a lycée – and up to €4000 for some of the most prestigious schools in Paris.

You can find a list of private schools in popular areas here (please note the website is in French). Search for ‘Ecoles privées’ or contact your local Centre d’Information et d’Orientation (ask at your mairie for details).

International schooling is another option for those relocating to France. These establishments tend to be popular amongst families who have relocated to France for business reasons and are often found in or near major cities. Click here for a detailed list of international schools throughout France (the majority are in Paris).

Some of the advantages of international schools include that your child will be able to continue their education in their language and the same curriculum as their home country. As most international schools tend to follow the same education system, should you wish to travel to another country your child will be able to pick up where they left off.

The main disadvantages of international schools tend to be around the language: since your child is not submerged within a French speaking enviornment, they may struggle to learn the language unless you hire a private tutor. The population of pupils is generally expats and is more transient, therefore friendships may be harder to form. Fees are also something to consider, especially if you have several children.

SEN are widely recognized amongst French schools and educational settings. If your child is to attend a mainstream school, assistance will be given either on an individual or collective basis. More personal provision is given through the use of auxiliaires de vie scolaire, meaning specially appointed staff and the provision of appropiate facilities and equipment. Since 1 September 2015, the schemes aimed at school inclusion for learners with disabilities are all called ‘localised units for school inclusion’ (ULIS). You can find further information here.

At a national level, the government has created the Commission des droits et de l’autonomie (CDA).

At a county level it is down to the Maison Départementale des Personnes Handicapées (MDPH) to determine how your child is taught. You can contact your MDPH through your Conseil Regional. It is recommended that you meet with your local mairie and school to discuss the personal needs of your child.

An assessment of your child’s needs will be made by the MDPH. If you child is unable to use public transport then full reimbursement of transport costs will be made.

Have you lived in France? Share your experiences in the comments below, or answer the questions here to be featured in an interview!