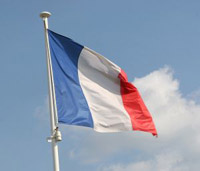 France is one of the most popular expat and tourist destinations in the world because of its rich culture, high standard of living, modern infrastructure and unique cuisine. However, compared to many other countries in Europe, the cost of living in France is considerably higher. One exception is the UK, which is more expensive than France. Comparatively, the cost of living in certain cities of the US may also be a bit higher than France.

Given below are some of the common expenses you should take into account while calculating your approximate monthly expenditure in France:Accommodation & Utilities

If you are paying for your own accommodation in France, this expense should be one of your first considerations.

Though rent in this country is lower than it is in the US and the UK, it will probably make up one-third of your monthly expenditure. You can lease a 1-bedroom apartment in the city-center for about €700 per month (pm) and in a suburban area for around €550pm. A 3-bedroom apartment costs around €1,300pm if it is in the middle of a city and around €1,000pm if it is outside.

If you are planning to buy your own house in France, the price per square foot in the main city is €465. Houses located outside the city are cheaper, at €300 per square foot.

The monthly cost of running a house could be anywhere between €140 and €350 for electricity, water, heating and a garbage disposal, depending upon the number of occupants. Unlimited internet access at home will probably cost you an additional €30 per month.

The amount you spend on your daily commute could raise your living costs to some extent.

Public transportation in France is very good, and expats typically don’t need a car to move around. A one-way bus ticket to most destinations costs €1.60. If you are planning to travel by bus on an everyday basis, you could save money by buying a monthly pass for €49.50. The starting tariff for a taxi is €3, and you’ll pay an additional €2.41 for every mile.

Eating out in France is also a bit more costly than the US or the UK. You’d pay around €12 for a meal at an inexpensive restaurant or €7.50 for a combo meal at a fast food joint. A 3-course meal for two at a mid-ranged restaurant will probably cost around €50 or so. You could get a large pizza meal for two at €17. Restaurants charge around €2.70 for a cappuccino, €2.50 for a soda and €1.65 for a bottle of mineral water.

Don’t expect any bargains on branded clothing, even if you are in the heart of fashionable Europe. Shopping in France is mainly done at boutiques, specialty shops and upscale department stores. Sales only occur twice a year, in January and July. People pay full prices on clothing for the rest of the year.

A pair of regular jeans will cost you around €87.00, which is much higher than the US and the UK. Casual dresses are priced at around €40.00. A pair of leather shoes for men usually costs €110.00 and sports shoes can be purchased for about €90.00.

There is a lot to see and do in France, but it all comes at an additional cost. One of the best ways to keep busy and fit is by joining a health club, which is typically around €50.00 per month. The membership fee at a fitness center will be cheaper if you opt for a yearly package. The cost of a cinema ticket is also on the higher side, at €9.50 for an international release.

These prices may of course change, depending upon the economic situation and inflation rates. Do also keep in mind that the amount you spend in France every month depends on your lifestyle and the city you choose to live in.