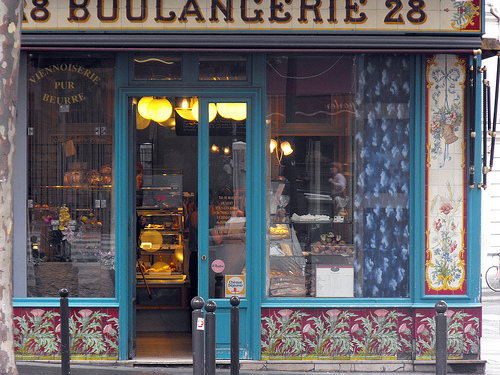 Living in Paris is like a dream come true for many expats. Every year, thousands of foreigners from Europe and America move to the “city of love” to live out their fantasy. The weather, scenic beauty and rich culture are some of the main factors that attract people to this place.

However, Paris isn’t just about romantic walks and drinking wine; like any other place, life in this city has its pros and cons.Many expats take the decision to move here and end up regretting it later. This mainly happens because their expectations of moving to an exotic, foreign location are completely different from reality.

You can avoid this situation by learning as much as possible about the city before you decide to move. Here are five things that no one will tell you about living in Paris.

The language barrier has to be overcome fast

As a tourist, you can easily get around in Paris with just a few French words. However, if you are planning to settle down in this city and make local friends, you need to be fluent in French. Many people in Paris speak some amount of English but they are not very comfortable conversing in it. Therefore, it is best to take up a course in French before you pack your bags.

It is very expensive

It is a well-known fact that the cost of living in France is much higher than the US, Australia and Canada as well as some of the other European countries. However, Paris is the most expensive city in France, especially in terms of rent, eating out, traveling, sports and entertainment. Most expats find themselves saving next to nothing, at least when they first move to Paris, as they do not take the cost of living into account. It is essential that you consider your lifestyle, check how much you will spend each month and look at your source of income before you make the move.

Making friends is not easy

The French, especially the Parisians, are often considered rude by outsiders. This is probably because they do not smile even if they make eye contact with strangers. They are polite to tourists but if they find out that you live and work or study there, they probably won’t be as friendly. Many expats, especially students, who rent out rooms with French families claim that the hosts are rarely more than landlords. People at work (or school) too will be polite during all interactions but are not likely to extend a friendly invitation any time soon. If you are moving to Paris alone, you may find yourself feeling lonely and homesick. However, Paris has several expat groups that should help to extend your social circle and combat this challenge.

The food is rarely close to what you see on TV

Movies have us believing that all French meals include five courses, cheese and (of course) wine. However, an average expat’s meal comprises little more than a deli baguette or soup. Contrary to the common belief, for breakfast Parisians usually have a croissant or baguette with eggs or plain jam instead of French toast, crepes and waffles. Brunch is an alien concept in this city.

People will try to scam you

Like any other major city in the world, Paris has its fair share of pickpockets. However, in addition, be wary of strangers, especially foreigners, who approach you on the streets, no matter how friendly or lost they may seem. Once they get you talking, they will try to extract money from you, with a sob story. For example, you may be approached by a complete stranger asking if you speak English. Do not respond with a “no” as it indicates that you understood the question. If you confirm that you speak English, they will show you a postcard that tells a sad story, before asking you for money. Fortunately, these people are not violent and won’t pester you if you just ignore them. Another common scam is a person bending down and picking up a ring or a bracelet in front of you. They will “generously” offer it to you and if you happen to accept it they will ask you for money.

Above are a few things to be a ware of if you’re moving to Paris. Have you lived there? Do you agree? Share your thoughts in the comments.