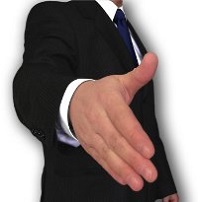 France is a land of great cultural diversity. The heart of the country, the city of Paris, is a perfect reflection of this with its mix of people and ideas. But like every other country in the world, there are some inherent cultural customs that are practised by the locals. These social practices date back many years and foreigners may not always be aware of them. Expats will find that social etiquette and formalities are more emphasized in the north of the country, especially in Paris. They are more relaxed as you travel to the south of France. Here are some common etiquette faux pas that may occur in France and some tips on how to avoid them.Greeting
A possible faux pas when meeting and greeting people in France could be getting the kiss wrong. The kiss on the cheeks is a traditional form of greeting, which is usually reserved for family and close friends. But there are different ways of doing it. For instance, some kiss twice on both cheeks, while others kiss only once on both cheeks. The best thing to do is simply to watch what the others and doing and follow suit. Handshakes are also used when greeting and is it customary to address people by their titles such as Monsieur, Madame or Mademoiselle along with their surname. Another confusing area of etiquette is whether to use the formal vous or the more familiar tu. With friends and family, the informal is the obvious choice. But with others, it’s a good idea to stick with the formal form, unless invited to do otherwise.

Dining
Major faux pas that could be committed here include arriving late, dressing shabbily and showing up empty handed. Fortunately, these concern basic rules of etiquette that most people usually adhere to, even in their home country. If you are held up for some reason, it’s polite to call in advance and inform your host or hostess. When it comes to dressing, the French are known for their well-groomed and fashionable appearance and the same will be expected of guests. Social dinners are also seen as formal events and casual attire is definitely not appropriate here. As a measure of gratitude for your host or hostess, you can present your host or hostess with flowers, a bottle of wine or a box of chocolates.

When dining out, you are expected to ask for the bill, as waiters usually don’t bring it to the table until requested. This practice is mainly observed in restaurants and not so much in the many smaller cafes across the country. The tip is included in the bill, so you don’t have to leave an extra one. But you can do so if you feel the service was really impressive.

Business
Business proceedings in France are conducted in a formal manner. You should dress in a conservative business suit in order to be taken seriously. Westerners may be used to ‘hard selling’, an approach that is received well in some countries. But in France, this could become a faux pas that may also cost you some business. The French prefer to conduct business at their own pace. In the southern areas of France especially, the approach to business is more relaxed and decision-making could turn out to be a lengthy process.

Business meetings follow certain protocols and patience is essential. Decisions are made at the top and only after all the details are examined. Exaggerated claims that are not based on facts will not be received well at all and you can expect to be asked some direct and straightforward questions during the proceedings.

Arriving late for business meetings is a huge faux pas and you may discover that the person you were supposed to meet has cancelled the meeting. The French pay attention to punctuality and you are expected to call ahead and inform them if you will be arriving late for any reason.

In the matter of contracts too, the French exercise formality. They are sticklers for detail and prefer everything to be formalized in writing. Most contracts are in French, so it is best to have a bilingual attorney, or bring along someone who speaks the language.