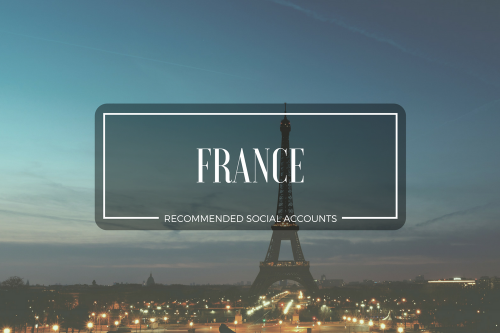 At Expat Focus, we like to be on the lookout for resources around the web that could help prospective expats adjust to their new countries. Today, we’re taking a look at France and some of the social media accounts you should be following if you’re thinking of moving there.Learn French Together
Facebook Page
A Facebook page that is updated with regular words and expressions of the day along with tips and articles on learning the language from their website focusing on vocabulary, pronunciation and learning about the culture. It was started when the founder went to University abroad in Spain without speaking the language, and after realising there was a lot of interest in learning his native tongue, he decided to share his tips on language learning.

French Provence Style
Facebook Page
If you’re looking for a visually endearing page that features stunning interior design inspiration, beautiful scenic pictures of the countryside of Provence and charming rustic farmhouses then this is a fantastic Facebook page to like and keep an eye on!

Paris By Moni
Instagram
Originally from Poland, Monika has lived in France since 2013 where she initially came to study. Monika is very passionate about French culture and cuisine and loves the pace of life in Paris. In Poland she worked as a journalist which is a career she is hoping to revive in her new home.

Fatkittylo
Instagram
Emily is originally from the states and moved from Seattle to Lille over a year ago with her French boyfriend. She is currently a student studying the language and has a passion for French cuisine (her favourite dish is gratin) and travel. The aspects she loves the most about Lille would be the architecture and the central location, which allows easy travel to Paris, Brussels and London.

Desyfely
Instagram
Originally from Rome, Désirée has now lived in Paris for one year working in the luxury fashion business. She loves traveling, music, photography, fashion and cuisine. She is desperately in love with Paris but when asked her favourite thing about it, the first thing that springs to mind are the colours (particularly of the Marais neighbourhood) of the buildings and the Parisian sky.

Curious Provence
Twitter
An English photographer who has lived in Provence for 3.5 years. “Curious” has a wonderful twitter account and blog that shares her passion and knowledge of local food, wine, markets and festivities as well as sharing her renovation project with photos, helpful tips on how to buy property and where to purchase materials for you own DIY renovation.

Deep France
Twitter
Having split his time between France and his home country for thirteen years before living as an expat there for seven years, Richard is passionate about France. He is especially interested in the off the beaten track places to be found. He writes about everything related to the centre of France – Travel, history, food and culture.

Our French Oasis
Twitter
Twitter account and blog by Susan who writes about travel, food and country life in the South West of France. She has lived there for the past 9 years with her husband, five children, two dogs, two cats and lots of chickens. As she says, “life is never dull with five children”, they love going on family adventures to explore more of France, meet the locals and learn about the history and culture of their new home.

Lou Lou France
Pinterest
A writer, photographer and blogger who is passionate about Paris and French cheese. Loulou has lived in France for a decade, from the more rural north to bustling Paris and has plenty to share on her Pinterest and blog about delicious regional food and wine, recipes, scenic photos and advice on moving to France and the cost of living.

Prete Moi Paris
Pinterest
An American in Paris, originally a student for one year who couldn’t bear to leave! Years later she is still in love with the city and all it has to offer. Her Pinterest and blog are all about musings on life in Paris, Parisian fashion, food and travel.

We’re always on the lookout for more accounts to feature – if you write about living in France on social media, leave us a link in the comments and we’ll take a look!