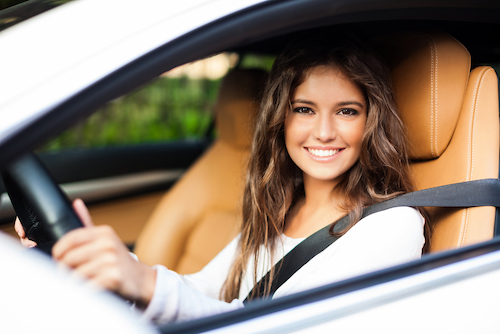 For France, 2019 so far has been nothing but turbulent. Following President Macron’s announcement of plans to increase the costs of petrol and diesel at the end of last year, mass protests ensued that snowballed into violent riots. Of course, the Yellow Vest protests were not solely based on the fuel hikes, but also the high cost of living in France and the government’s tax reforms, which were felt to be disproportionately hitting the working class.This means that the fuel hikes have been put to bed for now in an attempt to placate the Yellow Vests, but there are still numerous changes underway in France this year. There are new laws coming into place that will affect many drivers on the roads in France. From harsher fines and penalties to new government incentives, this article will take a look at the changes in French driving law and how they may affect you.

What Has Changed? New Laws And Rules For Driving In France

Rising costs of breaking down and insurance

The cost of breaking down on a motorway will be go up to around €126.93. Not only this, but the cost rises further if assistance takes longer than half an hour or you have to be towed a distance greater than 5km from the site of the breakdown. You will also have to pay 50% more if you break down between 6pm and 8pm on a weekend or public holiday, while car insurance is estimated to rise by between one and two percent.

Radars tourelles, also known as ‘turret cameras’, are going to be implemented throughout France. These cameras not only will capture speeding, but also a variety of other offences, including whether the driver is wearing a seatbelt or using a mobile phone behind the wheel. Some 6,000 of these cameras will be rolled out during the course of this year.

Ironically, part of the reason for this increase is supposedly to cover the losses caused by the violent protests of the Yellow Vests. However, these price hikes are also for urgent upkeep of the motorways. This will likely not come as surprise for those who have been living in France for a while, as the agreement stands between the operator and the government that the prices increase yearly. The inflation will be between 0.98% and 1.40%.

From the first of July, drivers of diesel vehicles will be subjected to more rigorous tests to classify their vehicles as roadworthy. This was originally going to be implemented at the beginning of the year but was delayed for six months.

Incentives for exchanging cars to increase

The financial incentives for car owners to exchange their old vehicles for new greener eco cars will double for those under a certain household income. The incentive will rise from the original €2,000 to around €4,000 for low income households and for drivers on low incomes who have to commute more than 60km a day. The grant also rises to €5,000 for those who buy 100% percent ecological or ‘green’ cars such as electric or hybrid vehicles.

Penalties for polluting cars to rise

In order to help pay for the eco-car incentive grants, the French government is going to increase the penalties on ‘polluting’ cars. Drivers who own vehicles that emit 117 grams of CO2 per km will have to pay an extra €50 a year.

The Mayor of Paris confirmed that vehicles carrying ‘Crit’Air 4’ stickers will not be able to enter Paris on weekdays. This is planned to come into effect from the first of July, as a further attempt to reduce pollution. This will apply to trucks as well. It is estimated that this will impact some 800,000 vehicles.

The French police will have access to files that will make it easier to detect uninsured vehicles. Those caught driving without insurance could face fines of up to €3,750 which can also carry additional penalties such as the suspension or cancellation of your driving license and/or the confiscation of your vehicle.

Use of mobile phones while driving

The penalties for drivers caught using their mobile phones while driving will get even tougher this year. In fact, you could face losing your license for up to six months, especially if you are caught using your phone while committing another offence such as speeding. Since one in 10 road accidents in France are caused by drivers using their phones, this should help dramatically reduce road accidents and fatalities.