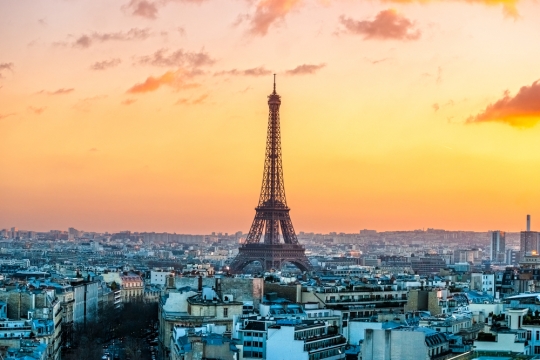 Ah Paris, the city of sophistication. The everlasting location of romance, elegance and good taste. The muse of great artists and writers, the resting place of musicians and philosophers.

The city of lights might have a bright reputation, but the drab reality of daily life can come as a disappointment to new arrivals. Finding out that perfect Paris is actually just as prone to traffic jams and litter as any other big city can cause expats to come back to earth with a bump. Japanese visitors in particular seem to be susceptible to disappointment in Paris, bringing on a state known as Pari shōkōgun, or Paris Syndrome.However, for the majority who explore the arrondissements, the facts of life in the city are pretty much as they are in any other big city. Paris has its own problems, customs, highlights and quirks. Experience and a little guidance can help expats start to settle in and make the French capital feel like home.

Just as London has her unwritten rules – stand to one side on tube escalators, don’t make eye contact, and so on – Paris also has hers. Like so many parts of a new culture, the reasoning behind these rules may not seem obvious. The enforcement may also seem to be non-existent, but some of these rules are backed up by the letter of the law. To fall foul of Paris’ principles can be costly in both euros and embarrassment.

We’ve taken a stroll down the Seine, meandered up Montmartre and toured the tower to bring you the secret rules of life in Paris.

Actually, that’s worse than saying nothing. Make sure you say ‘bonjour’ when talking to retail assistants, or anyone you meet for that matter.

Remember that France was built on revolution. In the process of beheading lots of the upper class, the country promised itself liberté, égalité, fraternité, which means that everyone expects to be treated with respect and courtesy.

As a customer in any shop, don’t expect the sycophantic greetings or ‘have a nice day’ insincerity seen elsewhere in the world. Assistants won’t hassle you as you browse, they will leave you to it.

If you do have questions or need some help, start with a friendly greeting in French.

For a country famous for its wine, France has some strict rules about where and when it can be enjoyed.

Paris is blessed with some spectacular green spaces, which invite a cheese and wine picnic. However, uncorking a bottle at the wrong time in the wrong park can incur the wrath of an angry gendarme. 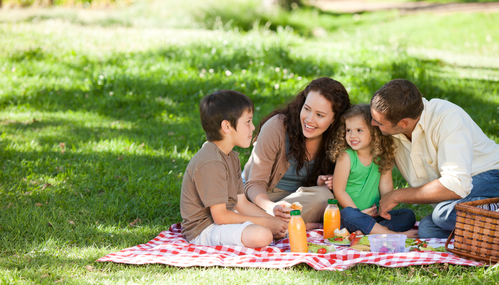 Each park has different rules, so it’s easy to get caught out.

Paris was right behind London when it came to developing an underground railway. And although this aged system creaks and groans, it manages to move more than four million Parisians every day.

With that many people moving through the tunnels, it’s important to have a sense of order. The Metro system has a collection of rules and stipulations that can be enforced with heavy fines.

A pregnant woman was recently given a hefty penalty for walking the wrong way down a corridor, with similar punishments doled out for having a large dog on the train or failing to give up your seat to the elderly.

Learn to tell your tu from your vous.

Although the French take égalité seriously, the boss is there for a reason. Many businesses are managed centrally, with one department’s managers having the final say over some surprisingly small matters. They will also expect to be treated with a level of courtesy and respect that might seem unusual, so learn the respectful forms of greeting early.

Meetings are for meeting

The workplace culture in Paris can be described as ‘meeting mania’. It is not uncommon for meetings to drag on for hours with very little decided at the end.

You may find yourself ordered into a conference room to be part of a discussion on a topic removed from your field of expertise. Don’t worry, you’re not really expected to say anything. A lot of French business is done with existing clients or suppliers, so it may just be that the boss wants to introduce the new faces. 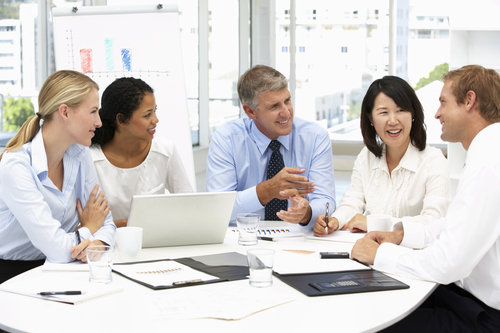 Business meetings can go on for a long time

A lot of meetings are there for the boss to be fed information before going away to make their own decision. It’s unlikely that anything you have to say will have a big impact on the proceedings anyway.

When in France, go Dutch

When dining out with friends, you are there to enjoy their company as much as you are the food and wine.

Don’t upset the good vibes by getting uppity about splitting the bill. In Paris the cost of a meal gets split equally among the group.

If three people sit down to eat, expect to pay an equal third. Ordering a small salad won’t save you money; instead, it will just leave you hungry, out of pocket and feeling cross!

Don’t be afraid of the kiss

A kiss on the cheek is a common greeting in France, whichever genders are involved. The ritual varies depending on who is involved but expect colleagues, friends, new acquaintances and anyone involved in format introductions to lunge lips-first at your cheeks.

In a country addicted to coffee and cigarettes, expect to get a whiff of some pungent breaths, but don’t react as this reflects more on you than the kisser.

Don’t drive, but if you have to, drive bravely

Nobody in their right mind would drive in Paris. The roads are overcrowded, there’s nowhere to park and the driving style is similar to that seen in Mad Max.

The rules of the road are adhered to strictly in Paris, so if the light is green you must go or risk the wrath of a thousand honking horns behind you. Even if this means you block a junction for other road users.

This rush to nowhere precipitates an angry, smoggy gridlock on an almost daily basis.

Hosting is reciprocal… and a minefield

France is famously a foodie nation. Businesses, friendships and great ideas are forged in conversation over cuisine and lubricated with wine.

Only expect to be invited to someone’s home if they are becoming a close friend. But even budding friendships have to follow the rules of etiquette.

Your little get-together may actually be a little more formal than you are expecting. It is normal to dress smart-casual for such an occasion, bearing a gift of flowers or chocolate for the host.

It’s a point of hospitality that guests shouldn’t bring food or wine; that would suggest that the host isn’t generous enough with their supplies.

Paris is a city of style. You don’t have to go out in the chic-est thing you own every time you step outside, but tracksuits and a hoodie are likely to turn heads for all the wrong reasons.

Have you lived in Paris? Share your experiences in the comments below, or answer the questions here to be featured in an interview!