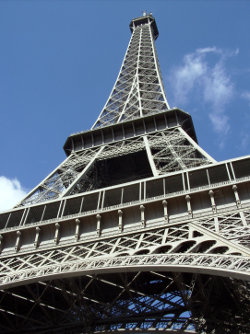 Shortly after moving to Paris, the fascination with the city of lights and the capital of romance can easily wear off. Your twinkling image of Paris can easily become the city of smoke filled bars, bad customer service and pavements covered with doggie doo. But if you move to Paris equipped with the following information, you should always be able to say ‘We’ll always have Paris’.

France is famous for its bureaucracy, so you will quickly become an expert in documentation and paperwork. This takes some getting used to, but it’s critical from the moment you arrive in France.For example, to open a bank account, you’ll need:

– A valid passport
– Carte de sejour (work & residence permit)
– Proof of residence in the form of a telephone or electricity account or a lease document
– Birth Certificate
– Proof of your income, such as a tax return, contract or letter from your employer
– a reference from your home bank, particularly if your account has an overdraft facility.

Often on your arrival, you will still be looking for a place to stay and won’t have the proof of residence documents that you need to open an account. However, your employer can’t pay you, unless you have a bank account in France, which could leave you high and dry in a city that isn’t any fun without cash. So, get all documents in order before you arrive or make alternative financial arrangements for the first few months in France.

If you’re moving to Paris, you will find that property and space is at a premium. As a result, everything in Paris is quite a bit smaller than in the US, Australia, the UK and elsewhere. This is not too much of a problem in France, where ‘big is not considered better’. However, ‘smaller’ might take a bit of getting used to on your part. To make the most of your new living space, travel light.

English might be the most widely spoken language in the world, but it is not always appreciated in France. The French are justifiably proud of their beautiful language and often feel that because you are in their country, you should make the effort to speak their language. Anti-Anglophone, anti-American and anti-British sentiment still exists in France, although luckily not everywhere in France. This means that if you want anything in France, least of all to live a happy existence, speak the lingo. What’s more being able to understand and speak French will enable you to appreciate the cultural experience of life in France much more than with English alone.

Learn as much French as possible before you arrive in France. If you are able to operate in French, even if it is not so perfect, the French will appreciate your efforts and will be much more helpful and friendly towards you.

French culture differs significantly from Anglophone culture and many of the Anglophone ways are not understood in France. In order to avoid offending French people from the moment you get off your flight, take some time to read at least one of the books on the cultural dos and don’ts in France. Respecting the French culture by making a few changes in your ways will go a long way to getting French people to like and help you. As a result, your new life in France will start off on a good footing and you will start enjoying your new environment from the word go.

Quality of life, such as haute cuisine, fine wines and joie de vivre, are key to French culture. None of the finer things of France would exist if the French raced around in a hurry to get things done on time. The flexible nature of deadlines, schedules and appointments in France can cause foreigners a great deal of frustration. However, if you expect that delays are an everyday occurrence and way of life in France, you will be somewhat less disappointed. So, take some time to live and give your new French colleagues and acquaintances time to get to accept and know you. With time, you might just find that they end up being your best friends, making that special effort to do things just a little faster for you.

No matter what fortune holds for you in Paris, the city of lights can always shine for you, so bon sejour en France.