Home » France » Moving » How To Pass The French Nationality Test

How To Pass The French Nationality Test 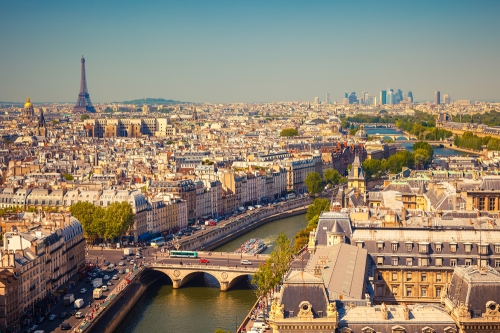 Are you an expat looking to gain French nationality? Do you have questions about what the process entails? Or do you need clarification on whether you are eligible to apply?

Perhaps you’ve already started the process, but need some tips on how to best prepare yourself for the nationality test.We’ve compiled this helpful guide to answer all of the main questions involved with the Test de connaissance du Français pour l'accès à la nationalité française (TCF ANF), or French Nationality Test.

You might wonder what the difference is between permanent residence in France and applying for citizenship. The residence permit will allow you to stay in France for up to ten years. The permit is renewable, so you can continue to re-apply and reside in France indefinitely with this status. However, whilst some of the rights of permanent residence and citizenship are similar in terms of rights to education, work, healthcare and so on, you can only vote in French elections or hold public office if you are a French citizen.

To apply for French nationality through naturalization, you need to be over the age of 18, have been living in France for five continuous years and prove that you speak the language well enough to integrate effectively. Exceptions to this include:

– People who have served in the French military, refugees, or those with other exceptional circumstances may have the time period waived.
– Those who have completed two years of higher education and successfully obtained a qualification in France as well as those who have rendered exceptional service to France through their talents and abilities may have the residence period reduced to two years.
– The applicant’s main source of income must have been made in France during this five year time frame. For those applying outside of the European Union and European Economic Area, a titre de séjour (a residence permit) will be required.

If you are eligible, you can submit an application for French citizenship at your local préfecture. You will need to submit a demande d’acquisition par declaration (declaration request) and prepare the following paperwork:

– Two copies of the French nationality application form, which must be signed and dated
– Copies of your ID, such as passport and birth certificate (with certified translation if not in French)
– Proof of address that details your full name
– Proof that you have acquired a sufficient knowledge of the French language, such as a French language diploma or certificate
– Evidence that you don’t have a criminal record
– Proof that you’ve resided in France for at least five years
– You may also be asked to show proof of employment or financial support.

This website will help you find out where to apply near you.

You can prove French language abilities either by having a diploma or a certificate issued by Français langue d’intégration or that is approved by the ministry of interior, overseas, local authorities and immigration. The certificate should be issued within the last two years by this body to be considered valid. The variations of accepted certificates for a diploma valid as proof of your level in French include DELF/DALF, TCF, TEF, Bulats Francaise and TFI. If you have attended a French university and completed a course in French, you are exempted from this rule.

Applicants who cannot produce a diploma or certificate are subject to a personal interview with an official at their local préfecture. French nationality or citizenship via naturalization will only be successful for those who are able to demonstrate that they have successfully integrated into French society (that is, by having language skills and understanding the rights and responsibilities of a French citizen) and who can show that they respect the values of French society. The applicant must also be of good character, proving to have no criminal offences and no tax avoidance.

Your application will be assessed by the police, mayor’s office and various other government sections. In a case where you are unable to provide a language proficiency certificate, you will be interviewed at the préfecture. In some circumstances you may also be interviewed by the police during your application process. Do not be alarmed if the process seems to be taking longer than you expected, the application process can sometimes unfortunately be quite lengthy, and in extreme circumstances can take up to a year to finalize.

If successful in your application, you will become a French citizen in a naturalization ceremony, where you will be given a French national ID card and a French passport. Any unmarried dependents automatically become French if they live with you.

The French nationality test usually consists of three parts. Firstly, the language test, which includes both a speaking and a listening comprehension section, but no writing test. Secondly, a test that consists of roughly 60 questions on French culture and history. Lastly, an interview will be conducted by an agent.

The French government has mandated that in order to be successful in your application for French nationality, you must provide proof of at least an intermediate level of language proficiency, equivalent to that of a B1 level on the DELF scale. If such proof cannot be obtained, then a candidate must score at least 300 points on the listening examination, and at least 6/20 on the speaking test.

To prepare, look for online tests that will help you ascertain your current language level and give you a feel for what to expect, or look for books, CDs or DVDs on preparation for TCF.

Here are some helpful resources:

Alternatively, you can consider attending a government sponsored language school. These tend to be either low cost or free, and include associations such as:

Such establishments offer cours de français pour étrangers or cours de français langue étrangère (French courses for migrants), which are usually subsidized or paid for by the government. If you already have some knowledge of French, then you can consider préparation du DELF Remise à niveau et alphabétisation.

Other options include classes at your local mairie (town hall). Many town halls arrange French classes for expats at reduced rates or for free. If you reside in Paris, see if any classes are on at La Mairie de Paris.

We spoke to some expats who have taken the nationality test in the past to find out what to expect. The listening test generally lasts for around 25 minutes, and the spoken part approximately 12 minutes. The spoken test is recorded so that your performance can be evaluated in the centre and then sent to the CIEP for a second evaluation.

You begin by introducing yourself for two minutes, then you take part in a role play based on a practical situation. This could be anything from asking for details of accommodation at a tourist office to responding to an invitation to a birthday party and enquiring what you can get as present. After this, you are given a subject to discuss, such as describing a recent event or dream that you have had.

Results can be collected from the centre or can be sent to your address if you come prepared with a self-addresses and stamped envelope.

If you fail, you can approach the préfecture, which is authorized to offer you an individual interview with an agent to check your language level without having to retake the test.

It’s free to lodge the application yourself (not including timbre fiscal of €55.00 that must accompany the application), but some expats choose to pay a consultant, which can come with a price tag of anything between €2,000 to €8,000. Different language centres that host the test are free to charge at their own discretion, which can range from around €80-100.