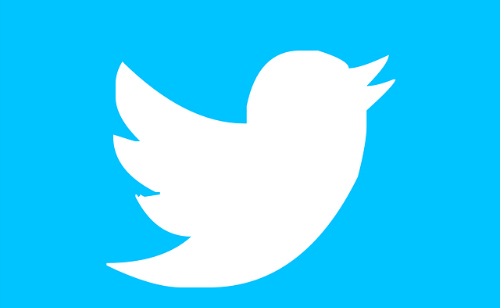 For many people today, social media is an invaluable, irreplaceable source of information. Twitter in particular is very useful for a number of different reasons, one of the most important being that it allows you to expand your network of sources and converse with people who are experts in their fields. For expats, Twitter is an unbeatable tool – not only can you read the best-written and best-researched articles and guides on your new home, but you can also find a community of expats on the ground.There is so much information available from people who are tweeting about their daily lives, often available to answer questions, and even willing to offer more personal, practical help. Twitter is also a great source of news, which is particularly important when you’re living in a new country.

Here are 20 Twitter accounts that we love, for a variety of reasons, ranging from the insight they offer to their humor to their hard advice, and often some very interesting and useful retweets too.

Emma Freud is a broadcaster and presenter who recently moved from London to New York City, and writes a charming, often hilarious column about her expat life for The Telegraph. Her tweets span a wide range of topics, from routine, day-to-day experiences, expat complaints and joys to celebrity-spotting in New York.

Nancie is a Canadian who is now based out of Daejeon, South Korea, where she teaches and writes. She describes herself as “a longtime expat and traveler, experiencing the world one country, one photograph, and one chili pepper at a time”. Her Twitter account is a great source of information on expat life in South Korea, but because she’s such an avid traveler, there are also always interesting comments and links on almost every part of the world.

Ali Meehan is the founder of the Costa Women network in Spain, a great social and business networking group for women who are already expats there, as well as those who are considering the move. Meehan posts some great tips and links on Twitter, and in addition, she’s extremely engaged and always eager to help.

Russell Ward is an expat, a traveler, and a writer. He was born in the UK, then spent a few years in Canada, and now lives in Australia. However, his focus is much bigger than just expat life or even travel. A few years ago, he quit a corporate career to build the kind of life he really wanted to live, and now a lot of his tweeting, writing, and blogging is about encouraging and inspiring other people to do the same. He has been on radio, television, a number of expat websites, and most recently on the cover of Global Living magazine.

Christine Cantera is an American living in the South of France. Among other things, she says she “confounds locals by speaking French with an Italian accent” – the result of living in Italy for a couple of years before falling in love in the South of France, and now splitting her time between Rome and Montpellier. Cantera has clearly lived an exciting life, and she’s a fun and informative presence on Twitter.

As the Deputy Editor of Index on Censorship magazine, Vicky Baker writes and tweets a great deal about the crucial issue of freedom and censorship in the world today, but she’s also an expat in Argentina, and has travelled widely in the region and in other parts of the world.

Your Expat Child is run by Carole Hallett Mobbs, the founder of the website of the same name. Mobbs moved with her husband and their child from the UK to Japan, then Germany, and now South Africa. Her Twitter presence isn’t personal – it’s an extension of the site, and is a fantastic source of information for expat parents. Having children to think of dramatically changes the expat experience, and even though a huge percentage of expats move with their families, it’s difficult to find sources with a focus on this facet of expat life. With advice on everything from teaching children new languages to staying in touch with family back home, Your Expat Child is an invaluable resource for expat parents. Those looking for a more personal touch and insight can check out Mobbs’ blog, which is also on the Your Expat Child website.

21st Century Mummy provides an intimate and fun look at life as an expat parent. The Mummy is Janine Clements, who started blogging when she was still living in London. When she moved to Singapore, the focus changed to life as an expat mum there. Most recently, she moved from Singapore to New York. Clements’ blog, about “the life, loves and lessons of an expat mum in Singapore”, doesn’t seem to be updated any more, but she’s still quite active on Twitter, and was featured by The Telegraph as an expat to follow in 2013. She’s also a freelance writer, avid traveler, and wine enthusiast, so those following her get a fair bit of commentary on those topics too.

Most of the people we’ve listed here are writers of some sort or the other, but Kyle Hepp is a professional photographer. She specializes in wedding photography, and is based out of Santiago, Chile, where she lives for roughly half the year (and where she also recently opened her own CrossFit gym); she spends the other half of the year traveling for her photo shoots. Hepp’s Twitter feed is full of fantastic photographs of her life in Chile and the places she visits across the world.

DrieCulturen is run by Janneke Jellema, who also blogs in English and Dutch under the same name as her Twitter handle. She describes herself as an adult Third Culture Kid (TCK), defined as someone who “has spent a significant part of his or her developmental years outside the parents’ culture”. Jellema is Dutch, but grew up in various parts of Africa, and now lives in the Netherlands. She’s a great source of insight into questions of culture, identity, childhood, and expat life, and will be of interest to both expats who are raising their children in a new culture and expats who were themselves TCKs.

Go Arabic is a fantastic resource for expats in the Middle East, especially in the United Arab Emirates. It was started by an Indian man living in the UAE when he realized how little Arabic he spoke in spite of being born and raised in the country. Every day, he tweets words and/or phrases in Arabic (both formal Arabic and the Emirati dialect), along with their English translations. It’s a great way to learn Arabic in small, manageable increments, one tweet at a time.

Stephen Lioy is an American travel photographer and writer who’s now based out of Bishkek, the capital of Kyrgyzstan. It’s rare enough to get the kind of perspectives on Kyrgyzstan that only someone in his unique situation can provide, but in addition, since he’s a travel photographer, you can also take a peek at all the other places he visits, from Vienna to Nepal to Jordan.

Most of the people on this list tend to be quite young. Dubai-based expat Mita Ray however is, according to her Twitter bio, “an atypical, globetrotting, food loving, social drinking, geeky, almost 60, Indian granny.” She’s definitely atypical, to put it mildly, and she’s also incredibly vibrant, articulate, and engaged with the world and with the Twitter community. Expat or not, you won’t find too many cooler grannies on Twitter.

Neil is an American who moved to India in 2010 along with his wife, started his own business, and then worked with a medium-sized, family-owned company. He’s not a particularly prolific Twitter user, tweeting mostly only when he’s got a new post or podcast episode on his blog – but quality is more important than quantity, and Neil offers some unique, intelligent, and nuanced insights into and advice on living in India that you won’t find anywhere else, including things like “14 Indianisms You Should Start Using Now” and “How to Squeeze a No into a Yes”.

Mrs Dubai is a British expat and blogger living in the UAE, and she describes herself as a “housewife, mother, plate-spinner, retired careeroholic, and lover of fine handbags”. She started the Mrs Dubai blog initially as a way to deal with giving up her career to be a full-time parent in Dubai, but by now she clearly enjoys her new life, in spite of the occasional frustrations.

Lynette Birrell is proof that you can live a rich, exciting, and fulfilling life in Saudi Arabia, and it needn’t be about spending all your spare time in shopping malls. A look through her Twitter timeline and her website, Living in Jeddah, should be enough to convince anyone that life there needn’t be dull and boring, even with all the restrictions.

Renée Veldman-Tentori is an Australian who married a Dutch man, moved to The Hague in the Netherlands, and considers herself equally Dutch and Australian. She also runs the Dutch Australian website and Twitter handle, which form an online community for expats and other people who have strong connections to both countries. Her personal Twitter handle focuses on her own day-to-day life as an expat, and includes links to articles and other online resources for expats.

Sarah Mastroianni
https://twitter.com/s_mastroianni
Sarah Mastroianni is Canadian, but has Italian ancestry that she always felt strongly about, and eventually she moved to Italy, which she now considers her second home. In short, she’s a Canadian in love with Italy and all things Italian. Follow her for a look at expat life in Italy – the food, the language, the culture, and travelling around the country, as well as some good-natured comparisons with her first home, Canada.

The expat life has plenty to enjoy and plenty to be grateful for, but it has its share of annoyances too. The person behind Expat Problems understands that apart from sharing and looking for information and advice, expats sometimes just need to vent too, and Twitter is a great place to let off a little steam. Follow them for a few daily laughs and for the reminder that you’re not alone when you’re suffering in a strange country. Use the hashtag #expatproblems when you tweet, and they might just retweet your expat problem too. It won’t solve your problem, but it’ll certainly make you feel at least a little bit less alone.