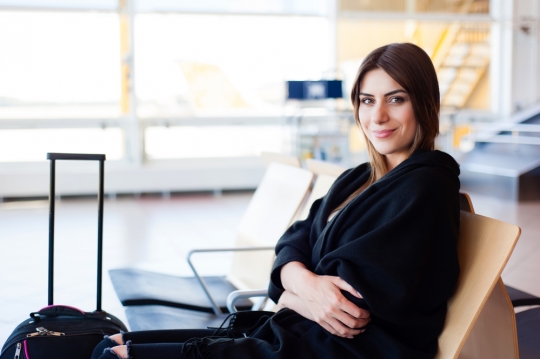 Another month has dragged by with yet more confusion about the future of the UK. Whitehall continues to bicker about the options for hard, soft and medium-rare Brexit, with the different factions promising that their favoured options will cure all ills.

Although vague promises have been made that both sides of the Channel will respect the rights of the expats living within their borders, there are bigger issues still afoot. These promises can easily be overshadowed by the details currently dividing the corridors of power. The Bank of England is complaining that relations with the Treasury are “very, very bad.” And Scottish First Minister Nicola Sturgeon is launching her own negotiations with chief EU negotiator Michel Barnier.As the Brexit deadline edges closer, details of what the split will entail seem less and less certain. Mr Barnier for one is frustrated, saying in a speech in Lisbon last week, “time is and will remain tight”, and going so far as to accuse London of playing “hide and seek” by refusing to spell out exactly what it wants Brexit to look like.

Potential expats will always have a ‘should I stay, or should I go’ moment. Long before bags are packed or visas are applied for, there is a period of time spent mulling over the pros and cons of abandoning the familiar for a life overseas.

Sometimes this calculation is based on the opportunities available for work and advancement, while for others the call of adventure rings loud and clear. Whatever the outcome, the decision should not be rushed. However, for the UK’s younger citizens, Brexit feels like it is forcing their hand.

Whilst the negotiations flounder, the question of freedom of movement still lies unanswered. Will future generations of Brits have the right to visit, live in and work in EU countries? Will EU citizens have the same rights in the UK?

As we saw in another of our Brexit articles, the number of EU citizens heading to Britain is falling to record lows. The UK just isn’t an enticing prospect for many Europeans, who fear being isolated in an island nation that is trying to transform itself into a fortress.

For Brits, the fear is the opposite – that they will miss their chance to live overseas. Those who have ambitions for a future life abroad are having to accelerate plans in case the future sees closed borders and limited options. For younger Brits, this fear of lost futures is even more pressing.

A survey of 2,000 British people by Moneycorp showed that 15 percent of UK citizens are likely to emigrate since the Brexit vote. However, for 16 to 24-year-olds, this number is almost doubled.

Young Brits with concrete plans to head overseas make up 27 percent of those surveyed. One person we spoke to was considering a move to France, willing to leave a well-paying job in project management for engineering firms to make the move. He cited a ‘now-or-never’ feeling, as well as a nagging urge that Brexit may rob him and his partner of the plans they had made for the future. By the time Brexit is truly settled, and the terms agreed for working expats, it may be too late to move. He and his partner agree that they would rather be settled in France before any new policies come into effect.

The survey showed that British people of all ages are increasingly considering a move overseas, citing a range of economic reasons. However, the wanderlust urges are strongest among the youngest.

Not only are this group feeling the pinch of the economic ‘push’ factors, but they are also more likely to benefit from the ‘pull’ factors beckoning them to foreign shores. They are also the group least likely to be tied down with mortgages or family commitments.

Across the board, respondents cited increases in cost of living, inflation and a weakening pound as turn offs from staying in the UK, whilst the attraction of better quality of life abroad appealed to all. In every case, the 16 to 24 age group found themselves more strongly drawn to foreign shores.

The Moneycorp survey drilled further into the motivational factors for potential expats. Career prospects are a big concern for the 16 to 24 age group, with nearly 60 percent agreeing that working overseas boosts a CV, making it more attractive to potential employers.

This international outlook on working life is echoed in other parts of the survey, with 47 percent of 16 to 24-year-olds believing that employers should be doing more to encourage overseas working, compared to just 37 percent in other age groups.

Moneycorp believes these stats reflect the EU-friendly beliefs of the younger generation. “Our research shows that for 16 to 24-year-olds, Brexit has contributed significantly to the appeal of working overseas,” says Zoe Dawson-Williams, managing director of the Private International Payments division. She says the survey results should not be a surprise to anyone, “considering 75 percent of this age group voted to remain within the EU.”

The survey shows the age group remain open to life abroad: “although push and pull factors will change as the Brexit deal takes shape, young people remain the most open-minded section of society regarding global mobility, in both Europe and further afield,” says Zoe.

The Brexit story still has time to run, with plenty of scope for more twists, turns and government-level spats to contend with. Ultimately the UK has another year to decide what the future should look like, how to implement it and get our EU neighbours to agree to it.

It looks many young Brits feel that that time will be best spent packing bags and upping sticks overseas. As negotiations drag on, they fear that their future rights to move, work and live in countries of their choosing with diminish, and ‘home’ will just not be as welcoming as it once was.