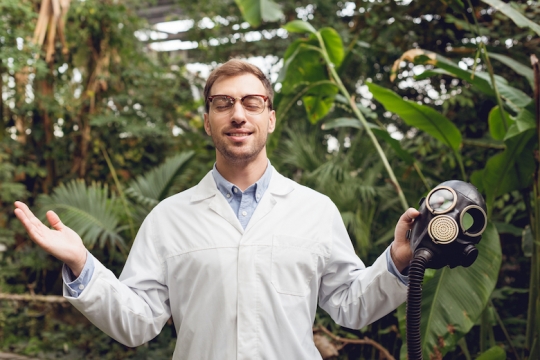 There are many reasons for relocating – employment, finances, family, and simply a desire to explore more of this wonderful planet of ours. But let’s suppose that you’re in the great position of not being tied to a particular location and you’re wondering where to go. If health plays a role in your choice, and you’re concerned about issues such as climate change, pollution, and the environment, which countries could you be considering? Which country might be healthiest for you?Before we give you a list of some healthy nations, however, let’s take a look at how we might evaluate ‘health.’ What does it actually mean? Some statisticians work on things such as gym availability and life expectancy, but what if you’re concerned about air quality? It’s a big consideration: anyone who has travelled to London from the provinces will be aware of the change in air quality as you approach the capital, and asthmatic Brits – or simply those who’d like to breathe more easily – have been leaving the city for the smaller, cleaner towns across the nation. Air is important! – we can choose what sort of food we eat or what kind of exercise we take, for instance, but none of us have the luxury of refusing to breathe. And increased levels of fine particles in the air have been linked not just to respiratory diseases, but also to heart disease and some cancers. We’ve probably all seen images of workers in China wearing face masks for their daily commutes.

There are lots of ways to measure air pollution, but one common measurement is referred to as ‘PM 2.5.’ That means ‘particulate matter’ (the particles found in the air) of 2.5 microns in diameter or smaller. The World Health Organisation says that we should aim at keeping PM 2.5 levels at approximately 10 micrograms per cubic meter. If you go above 35 micrograms, then you have a serious problem. If we reflect that Chinese cities have been registered at 500 micrograms, then we get some idea of the scale of the issue. But although China has some of the highest estimated death rates from air pollution, due to its population density, it’s not even in the top ten countries which are listed by the WHO as having the most serious air pollution problems. That dubious honour goes to Saudi Arabia, closely followed by Qatar, Egypt, Bangladesh and others, several more of which are in the Middle East (it varies according to which list you look at, and what they base their data on, of course, but there are broad areas of agreement).

This obviously isn’t good news if you’re about to be hired by a Saudi company or if you’re regularly obliged to work in urban India. But what if you do have a choice and can go more or less where you please? In that case, you’d best take a look at the Antipodes: New Zealand is estimated to have the cleanest air in the world, along with Australia, but Sweden and Brunei are also in the top five and Canada, Finland and the US are not far behind. The United States has one of the lowest global air pollution related death rates, but one of the highest carbon dioxide emission levels per capita.

If you’re thinking of moving to a city, Honolulu will fit your clean air remit here, and so will Auckland, Brisbane and Anchorage. Tallinn also scores highly on some lists, as does Zurich. But it’s probably best to avoid cities in India, all of which rate badly when it comes to clean air quality. Of the world’s most polluted cities, it’s been estimated that 9 out of the top 10 lie in India. If you want an at-a-glance map of where to head for or avoid, then the World Air Quality organisation has a handy website (link below) which will show you a range of air quality across the world, from ‘good’ to ‘hazardous’ (for the record, the UK overall scores as ‘good,’ with ‘moderate’ being reserved for Belfast and London). It doesn’t have data for every country, but it provides a useful indicator. And obviously, it’s going to depend on the state of your personal health: if you have asthma or allergies, you’re likely to suffer more in a moderately affected area than others who don’t have existing respiratory problems.

Plume Labs give a city-by-city indicator and you can check on the air quality in your city on a daily basis via their site, which gives advice on whether it’s advisable to eat out, or take your baby for a walk (it’s not just adults who suffer from poor air quality). If you’re seriously worried, or just curious, you can invest in a personal air quality meter.

Where does all this pollution come from? Exactly where you’d think – from industry, vehicle emissions, agricultural pollutants, and oil. Changing weather patterns also contribute. Many developing nations don’t have the strict regulations that are currently in place in the West – and it’s only relatively recently that we’ve cleaned up our act, too. Remember those old Sherlock Holmes films taking place in a pea souper fog? Those were commonplace until legislation ruled against emissions and that didn’t happen in the UK until 1956, in response to the Great Smog of 1952 which killed – by conservative estimates – some 4000 people and possibly three times that number. It’s not that bad now in Europe, but anyone inhaling a lungful of London air even today couldn’t be blamed for looking at the clear, fresh skies of New Zealand and contemplating a literal change of air.