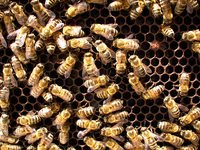 Leading international relocation specialist, Robinsons Relocation, has released a list of the most ‘in-demand’ vocations for Brits wanting to start a new life overseas – as well as some of the more unusual roles currently sought.

Based on data gleaned from Robinsons’ 15,000 international relocations completed in the last 12 months, it has cross referenced its most popular emigration destinations – Australia, America, Canada, New Zealand and Spain – with the most in-demand jobs in each country.* And while medics, engineers and the professional services are in high demand across the board, there are also a few surprises, with New Zealand needing bee keepers and wine makers, Canada in short supply of chefs, and Australia wanting map makers!Most ‘unusual’ jobs across five most popular destinations

For those considering Australia, the most in-demand sectors are currently medical (including doctors, sonographers, nurses, dentists) the professional services (accountants, lawyers), engineering & construction (architects, project managers, surveyors), as well as teaching, telecoms & IT, and skilled-trades.

However, there are also some more unusual roles making the list, including Cartographer (a map maker), locksmith, shipwright (specialist ship builder), lift mechanic, forester and stallion master (horse trainer). And with the average Australian wage currently around $72,000 (£42,700), it’s a lot more appealing than the UK equivalent of £28,000.

Meanwhile, in America, the currently most in-demand roles are for pharmacists, who can expect to earn an average of $113,000. However, software engineers are also in demand, commanding a median annual income of $90,530, while physical therapy and speech language pathology also make the list.
Heading further north to Canada, the most in-demand roles are for Restaurant and Food Service Managers, medical professionals, construction workers in a variety of sectors, and chefs or cooks.

New Zealand, the furthest-away destination on the list, is geared towards agricultural roles, as well as construction, nursing and engineering. However, it is also after a more niche skill-set, including Apiray (bee keeping), Arborary (tree surgeon), beef and chicken cattle farmers, and wine makers.

Finally, for those considering a move to somewhere closer to home, then Spain is currently after professionals with engineering, customer service, IT, finance, online marketing, skilled trades, and language teaching experience.

Ian Brown, Head of International Moving at Robinsons Relocation, said: “Last year, more than 153,000 people emigrated from the UK, many of whom were pursuing careers overseas. Whatever you’re planning on doing for work, it’s worth checking out the latest Government guidelines for the most ‘in-demand’ skills and of course, going through the correct Visa procedures. And whether you’re a bee keeper, boat builder or bio engineer, Robinsons can help you move all your stuff and make the whole process simple for you.”

How many are moving overseas?

The number of British people moving abroad is rising and in 2011 alone, around 150,000 British citizens moved overseas; most were of working age and the majority were leaving for a job position that had already been offered. About 30,000 emigrants were in search for employment and some were simply moving to be closer to family and friends.

A recent report has also revealed that laid off Britons are seeking further employment abroad. Findings published by TIGA, the trade association that represents the UK games industry, showed that 40% of employees who were made redundant between the years 2009 and 2011 moved overseas to work. The report, dubbed “Making games in the UK today: a census of the UK develop and digital publishing sector” disclosed that nearly half of Britain’s game industry workforce has shrunk 10% because they’d relocated to a foreign country to find work.

It’s also thought to be the case for students, as more move overseas after their university course has finished due to Britain’s difficult economy. Findings by the Student Loans Company (SLC) reveal that many students are moving abroad for job opportunities given the present tough economic times and high tuition fees.

Robinsons is one of UK’s top five specialists in International, European and UK moving and relocation, providing a professional, efficient, cost effective and reliable service. Visit www.robinsonsrelo.com or call 0800 833 638 for more information.