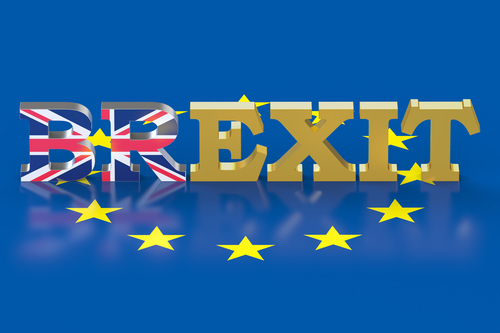 A recent survey has shown that around a third of British businesses are considering moving some (if not all) of their operations abroad. This comes in the wake of Honda announcing that it will close its UK plant in Swindon by 2021 and move its production elsewhere, a move which will result in the loss of 3,500 jobs. Unfortunately, Honda could be just one of many large corporations that make this decision. Whilst Honda insists that their decision to pull the plug wasn’t determined by Brexit, it seems likely that the UK’s impending withdrawal from the EU had a part to play in their relocation.Several other goliath companies have already made plans to jump ship, with both Sony and Panasonic announcing that they will be shifting their headquarters from the UK to the Netherlands to “avoid disruption from Brexit”. Dyson has also announced that they will be moving their headquarters from the UK to Singapore.

The question is, could your company move abroad after Brexit? Many business owners are wondering if, particularly in the event of a no-deal Brexit, this would be the smart move in order to protect their assets and to continue operations and trading smoothly.

Of course, whether or not you decide to make a move does largely depend on if we leave the EU without a deal or not. Whilst that seems quite simple, the problem is that none of us know, even now we’re almost at the March 29th deadline, what the outcome will actually be.

In The Event Of A No-Deal Brexit…

Towards the end of 2018, the government issued an advice paper for businesses who felt they would have to restructure in the event of a no-deal Brexit. The paper advised that “companies incorporated under EU corporate law”, meaning companies operating under the ‘Societas Europaea’ system, should consider moving operations to another EU member state if the UK left without a deal. This is because, in the event of a no-deal Brexit, European companies will not be able to legally operate in the UK. They will have to either legally operate from another country or convert to a British-only public limited company (PLC). However, companies can only register to convert to become a UK PLC if they have been registered as a ‘Societas Europaea’ for a minimum of two years, and have the backlog of accounts to prove it.

“The government will ensure that the UK continues to have a functioning regulatory framework for companies and that, as far as possible, the same laws and rules that are currently in place continue to apply. This will be done by using the powers in the EU Withdrawal Act 2018 to correct deficiencies in our statute book arising from our exit from the EU.” Gov.UK advice on restructuring your business in the event of a no-deal Brexit.

Another consideration is the worrying trend in the strength of the pound, which has remained largely unfavourable from the moment Brexit was announced. Whilst this does pose a threat to businesses, it could also bring forward the unexpected benefit of cheaper exports. Some companies have been turning their attention to Dublin as a viable possibility, as once the UK leaves the EU, Dublin will be the majority English-speaking nation in the EU and can offer at least some continuity to businesses. Not only this, but the low corporate tax rate and the extension of tax relief for foreign investors relocating staff to Ireland adds additional appeal.

However, following many back and forth negotiations over the Irish backstop, people are unsure of the outcome that Brexit could have on Ireland as a whole. Paris has also been extending a hand to appeal to British-based companies, with the French Government announcing that some paperwork can now be filed in English and even offering extensions on tax breaks for high-skilled international workers.

If you don’t operate under the ‘Societas Europaea’ system, you won’t necessarily have to worry about whether or not you can operate in the UK. However, if you buy in goods from the EU, you will have to carefully consider how Brexit will affect your buying and trading. In this circumstance, it’s best to seek professional financial advice.

You can read the full government advice on restructuring your business if there’s a no-deal Brexit here.

To summarise: If your business functions under the ‘Societas Europaea’ system, then you should seriously consider moving your operations. If you are such a company and have been operating under the system for less than two years, then you may unfortunately not have much of a choice in the matter, if we crash out without a deal. If you qualify to convert to a British PLC, do take into account the potential for more prohibitive restrictions in terms of trading.

If your company does not operate under the ‘Societas Europaea’ system but you are still considering moving your operations, you will need to research the countries that you consider individually, and contact a local expert who can further advise you on the company registration, new trading laws and so on.