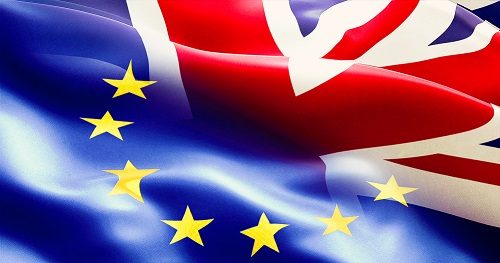 Brexit has not dominated the news recently (that dubious honour continues to be held by Covid-19), but the end of the transition period continues to have an impact, particularly on Northern Ireland, on exports and imports, and on the lives of British citizens resident in the EU. We’ll be taking a look at those repercussions below, as well as post-Brexit life more generally.

The Office for National Statistics released trade figures in mid-April, which showed that trade with the EU has picked up since its deep dip in January. However, it’s not entirely a positive picture. For example, Germany’s imports from the UK dropped significantly in February, by a rate of over 26%, and some sectors, such as seafood imports, continue to suffer.

The Quarterly Economic Survey, released by the British Chambers of Commerce (BCC), has shown that, out of over 6,000 companies, 41% have experienced decreased sales in the first quarter of 2021. However, bear in mind that this may partly be due to Covid-19. The BCC has warned that “export sales are at some of the lowest levels ever recorded” and that the export situation “is continuing to deteriorate.” Many small businesses report that they have ceased trading with the European bloc due to increased expense and bureaucracy.

Unrest in Northern Ireland has also been a factor of post-Brexit life, with ongoing civil disturbances resulting in part from Unionist anger over trading rules. Again, excessive bureaucracy has led to disruption of trade.

If you are a British citizen living in the EU, however, how is Brexit continuing to affect your life?

Portuguese expats in the UK, and British citizens who own second homes in Portugal, are facing an unexpected financial threat from the post-Brexit need to appoint a ‘fiscal representative.’ This is obligatory if you hold a NIF (Portuguese fiscal number) and have a tax residence in another country, or if you have been out of Portugal for more than six months.

If you don’t hire a representative by the end of June, you could find yourself facing a penalty of over €7K. Lawyers are apparently charging up to €600 to act as fiscal representatives. Moreover, if a property is owned by multiple people, each person must appoint a representative, and if you don’t have one, then you might face problems with taxation and liens. If you don’t pay your rates, for example, your property may be seized. Bank accounts could be closed, as well.

A representative has no financial responsibility, but they are supposed to communicate with you regarding income and contributions. There have been protests about this, since you will effectively be paying someone to give you advance notice of contributions that you already know about. Christina Hippisley, director-general of the Portuguese Chamber of Commerce in the UK, says that around 15,000 British citizens who have ties to Portugal could be affected, and there are approximately 400,000 Portuguese people resident in the UK who may also be subject to this new legislation.

The ruling is due to be challenged, but if you think that you may be affected by it, it would be wise to keep an eye on developments.

The press in the UK has seized on the impact that Brexit has had on British citizens resident in Spain, with reports of British Leavers being obliged to depart from the country as they are no longer entitled to live there. If you either don’t want to apply for residency in the country, or do not qualify, then you will have to adhere to the 90 days regulation, rather than being able to stay indefinitely. Residency needed to be granted by the end of March. The Independent noted that Spanish police were facing the deportation of around 500 British citizens, but the Guardian said in late March that the Spanish authorities had denied this. What the Spanish authorities have said is that if British citizens without residency remain in the country beyond the 90-day period and are picked up at a check point, they will be subject to the same regulations as other third party nationals.

“Yes, I voted out, but I didn’t realise it would come to this. My application has been rejected, and we are on our way home – the wife is in tears, she’s distraught if I’m honest, and I’m not too happy at the prospect of returning back to the UK. I’ve loved living on the Costa del Sol and, after five years, can’t believe it has come to this. We applied but got rejected and so have no choice, although long-term I think the Spanish will regret chucking us out of Spain.”

Spain is home to the largest number of British citizens in the EU: around 285,000 people. Bremain in Spain, an expats rights group in the country, says that a number of people have been ‘flying under the radar’ without proper registration for too long. Chair Sue Wilson urges people to regularise their status if possible, and not to operate on the assumption that the Spanish authorities will simply turn a blind eye. Other commentators in Spain have said that expats who have made no tax or social contributions to the country “won’t be
missed.”

“The rights of UK nationals to continue living, working and studying in Spain are protected by law. Anyone legally resident in Spain before 1st January 2021 can stay but should register their residence and obtain the new TIE residency card to prove their rights. British tourists and business travellers are able to visit Spain and other EU countries for up to 90 days in a rolling 180-day period without a visa.”

They recommend checking the revised regulations on the government website.

Blevins Franks have pointed out that the EU is bringing in new digital border controls next year, and that ‘flying under the radar’ will not be possible for much longer. They advise British expats to take proper financial advice, in order to avoid paying tax in both the UK and their host nations.