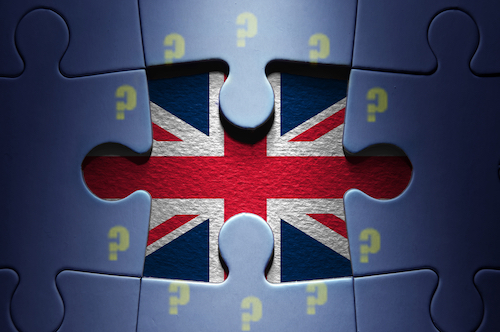 The summer of 2019 has obviously seen major ruptions in British politics, with Theresa May finally departing in a cloud of ignominy and, after a brief leadership tussle between Jeremy Hunt and Boris Johnson, being replaced by the latter. Max Hastings, of the Daily Telegraph and a friend of Johnson’s, said years ago that if this ever came to pass, he’d pack his bags and leave the country, but it remains to be seen where Hastings could actually go, given the state of limbo in which many of Britain’s expats across the EU still find themselves plunged.At the time of writing, Johnson – who faces a cross-party attempt at a political coup should we crash out of Europe – is heading for Brussels to endeavor to wring a last-minute deal out of the European Union. Whether or not he will be successful is also up for grabs although the smart money is on a ‘no.’ It’s perceived even within the Tory party as being too little, too late, and it seems clear that the new Prime Minister’s heart is set on a no deal scenario, too. The UK government website tells us that “it remains the government’s preference to leave with a deal” but there’s a difference between a preference and a reality.

So where does all this change and confusion leave British expats who live in the EU?

Brussels has called upon nation states to implement the No Deal Contingency Action Plan and it must be said that most members have actually made moves towards safeguarding the rights of British expats, to varying degrees, as we will see below.

First of all, it’s critical that you take on board the UK government’s advice relating to your passport:

“If there’s a no-deal Brexit, you must have at least 6 months left on an adult or child passport to travel to most countries in Europe (not including Ireland). If you renewed your current passport before the previous one expired, extra months may have been added to its expiry date. Any extra months on your passport over 10 years may not count towards the 6 months needed.”

Across Europe, expats have been encouraged to apply for resident status (though as we reported last month, many Brits living in France have not yet done so. If this applies to you, it really is time to get your skates on to avoid complications down the line). It’s a spectrum. Some countries (including Cyprus, Iceland and Ireland) have pretty much guaranteed the rights, including residence, of those Brits living in the country.

Most EU nations (such as Finland, Estonia and Denmark) are allowing Brits to remain throughout a transition period, but insisting that expats register under new residency rules. Some countries (France is one of them) are also allowing a grace period, but again, you must register, and this will ultimately be contingent on reciprocity: depending on the same rights to remain for EU nationals resident in the UK. The good news is that EU citizens here are being granted settlement rights. The less good news is that in some nations, for example Germany, it’s not straightforward: the Germans are implementing six different kinds of residence permit.

Healthcare-wise, hang onto your EHIC card in case there either is a deal or a reciprocal arrangement with EU states. If there’s no deal, however, it is advisable to make sure that you have travel insurance as well: a belt and braces approach to avoid any complications if you do fall ill when abroad. If you have public health insurance cover in your adopted nation, and are concerned about Brexit’s impact on that, then contact whichever organization is responsible in your host country for national insurance.

You should not have problems driving but do check out the UK government’s advice about obtaining an IDP (International Driving Permit) for your host country. Theoretically you should not need to re-take your test, but if there’s any doubt, contact the relevant organization in your host nation and ask if there’s a likelihood of this. IDPs are easy to get hold of, either online or at your local Post Office.

The UK government website says that you should continue to receive pensions, child benefit and disability benefit. It seemed a couple of years ago that it had reached an agreement with EU states to ensure that pensions won’t be frozen and will continue to be triple-locked (i.e. they’ll rise in line with inflation). This was obviously reassuring news for British retirees in EU member states, but financial journalist John Fitzsimons cast some doubt on this back in March, and the Conservatives were angling to reduce pension payments to a double-lock. If you’re a retired expat, keep a close eye on the pension situation and contact your provider or the Department of Work and Pensions if you’re unsure. Kristy Pryma, writing in Currencyfair Ltd, says that a recent survey showed that

“Compared with respondents living at home in the UK, expats have started saving more money, focused on paying off any unsecured debt, and have already reviewed their current mortgage rate in light of Brexit. They’re also more likely to have moved investments to a lower risk fund, switched both banks and investment advisors, and hired an accountant than their fellow citizens still living in the UK.”

She adds: “From a personal finance perspective, expats seem to be taking a mindset of hoping for the best and preparing for the worst, while UK citizens living at home are more focused on keeping calm and carrying on. Until Brexit is settled, it’s unclear which strategy will be best.”

One might extend this financial strategy to life under the looming shadow of Brexit more generally: in a time of substantial uncertainty, keep yourself informed, focus on securing what you can, and see how things develop at the start of the winter. A helpful resource can be found on the website below, with the UK government trying to cover a number of contingencies in the event of a no deal: for instance, what will happen to air travel, broadcasting, road haulage and medicines. There are just under 200 documents on the list so far.

For more guidance on business after Brexit, take a look at the UK government's website.