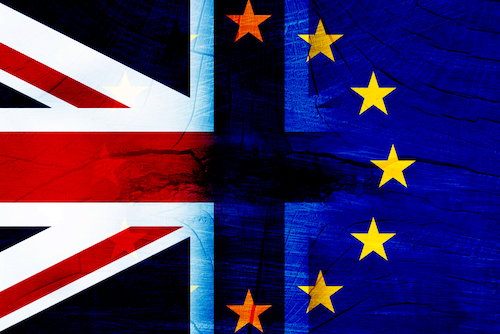 The astute observer will have noticed that, now we are well into the summer, Brexit is once more creeping up to rival Covid in the headlines, at least in the UK. Downing Street announced, at the time of writing, that it was confident of a deal manifesting next month (September) as talks in Brussels enter their seventh round. Competition rules, investment regulations, police co-operation and fishing rights remain a thorny issue, but Frost and Barnier are meeting to continue negotiations. Mr Barnier has asserted that the UK has exhibited an ‘unwillingness’ to break the deadlock and has also stated that any deal needs to be well and truly on the table by October in order for it to be ratified by the end of the transition period in December 2020.New research shows that the number of Britons aiming to jump ship has increased by around 30% since the referendum, and it also suggests that the traditional view of expats tending to vote Conservative is changing, too. This is perhaps unsurprising in the light of successive right-leaning governments’ failure to ratify the call for ‘votes for life’ among expats, and has meant a level of disillusionment with regard to Tory rule among Conservative expats abroad. The London School of Economics refers to a ‘Brexit-induced antipathy’ among British voters elsewhere and this could affect future elections if Britons are allowed to vote.

However, other studies suggest that at least some of those retirees intending to leave the country are having a re-think, after the uncertainty of the pandemic and the confusion over Brexit, although Spain remains at the top of the list.

Meanwhile Simon Sutcliffe, speaking for tax and financial advisers Blick Rothenberg, told the i newspaper mid-month that the Government’s Border Operating Model (BOM) will lead to ‘thousands’ of British businesses being blocked from making exports to Europe after the transition period. Despite assurances of a six month grace period, Sutcliffe says:

“The BOM launched by HMRC is not what it seems and is contradictory, and thousands of companies who thought they could use it will not be able to. The whole plan is a muddle.”

He warns that businesses will need either to be pre-authorised or be in the process of applying before the full customs entry falls due. The HMRC seems to suggest that this is not the case, but if you have a UK-based business which deals with exports, it is highly advisable to double check.

As before, if you are already resident in the EU and have done your paperwork, or are planning to move before the end of the year, you will be in a stronger position, with guarantees of a pension triple lock, for instance, and assurances of being able to access public healthcare. However, after the end of the transition period, the picture is less clear, as much will depend on what kind of deal is struck with the EU.

If you are already resident, then you may be aware that the EU is considering whether to allow Britons in the bloc to have freedom of movement to move to another EU nation, just as existing EU nationals do. Fiona Godfrey, co-chair of the British in Europe campaign, says that further to a meeting of the EU-UK Joint Specialised Committee on citizens’ rights, increased mobility rights for Britons could be on the way. There may be some strings attached, such as a requirement to demonstrate that you have lived in the EU for 5 years, but this development is encouraging and worth keeping an eye on.

In further news, the UK government has launched an initiative to support British expats in Spain, and is currently running a multiple channel information campaign to make sure that Britons in the country are not only aware of their rights, but that they fill out the necessary paperwork as Brexit looms.

Age in Spain (covering Cataluyna and the Balearic Islands), Bebelia (dealing with Alicante) and the Organizacion Internationale para los Migraciones (for Madrid, Andalucia and Murcia) will be in receipt of some €3 million from the British government to ensure that these aims are carried out. British Ambassador Hugh Elliott says that supporting vulnerable British citizens in the country, such as the elderly or disabled, is a priority for the Embassy.

IOM is not just working in Spain, but has also been planning to reach 30,000 at-risk Britons through the UK Nationals Support Fund (UKNSF), in France, Poland, Slovakia, Germany, Italy and Portugal.

More worryingly, the latest ‘draft UK negotiating document’ for a UK/EU social security coordination agreement does not mention the old S1 form – which guarantees your access to public healthcare if you are a state pensioner in other EU nations – although it does discuss the replacement of the European Health Insurance Card. Again, your rights will be protected if you are already resident in the EU – but may not be the case after the end of December. In addition, the UK has not asked that disability benefits should remain ‘exportable’ by expats.

As you will know if you are resident in France, Covid has caused significant difficulties for the French residency application system. French authorities say that they are encouraging prefectures to be flexible and helpful once the new system does come online, and also that it should not make any difference if your EU card has expired and not been renewed as a result of the pandemic. Some Britons trying to buy property in France have expressed concern over the delays caused by the pandemic: some advisors suggest that one solution might be to rent property – with an official rental contract – before the end of December, to establish a foothold in the country which will allow you to apply for residency and, eventually, to purchase your property.

As always, it’s crucial to keep an eye on the news and make sure that you’re abreast of any developments, both at home and abroad.