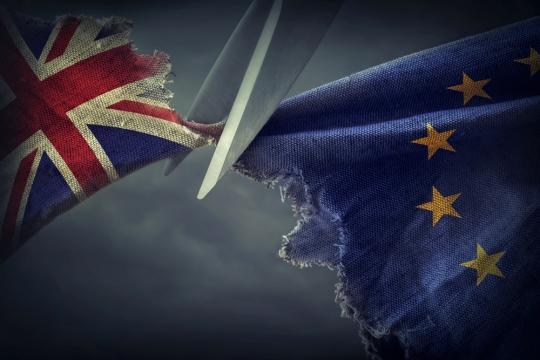 The Brexit negotiations may charitably be described as being in complete disarray this close to Christmas, with Theresa May having been subjected to a Parliamentary coup engineered by her own party, and her deal’s journey through Parliament being postponed to an unknown date.Suggestions for alternatives are running rampant: the PM should step down, should re-negotiate, someone else should renegotiate, there should be a second referendum or a cancellation of Brexit altogether (apparently possible according to EU authorities). With a handful of backbenchers pushing for a no-deal, and an alarmed group of MPs across the political board insisting that any deal is preferable, what does this deeply uncertain situation mean for British expats within the EU?

A recent High Court challenge seeking to overturn the result because of corrupt practices by the Leave campaign – crowdfunded by British expats in the EU – has failed to gain traction. Mr Justice Ouseley refused to allow the hearing, based on “want of merit” and the time taken to get the challenge through. The Independent has described this as ‘a bitter blow’ to expats hoping to halt Brexit.

A lot still depends on whether May might still be able to push her deal through the Commons. There is a general consensus that the attempt to dislodge her, led by the European Research Group of Eurosceptic MPs, has failed: since a ‘no confidence’ vote in the PM has now not gone through, the Government is stuck with May until another year has passed, unless a general election takes place or she goes voluntarily. At the time of writing, May has returned to Brussels to try to wring further assurances on a range of points from the EU; the primary sticking point remains the Irish customs backstop. On December 17th, May expressed grave concerns about holding a second referendum, stating that it would be unlikely to confer any further benefits, and that it would cause “irreparable damage to the integrity of UK politics.”

We don’t as yet know when the deal (which, if passed, will become the EU Withdrawal Bill) will now be presented to Parliament: originally, this was due to be returned to the EU on December 18th if it successfully gained a ‘meaningful vote’ in the Commons. However, since the deal and its future have now been plunged into limbo, this won’t be happening.

Meanwhile, that state of limbo is doing nothing for the peace of mind of UK expats across Europe. A recent consultation with British expats in Spain reveals deep anxiety.

“Brexit has created such anguish and stress for people such as myself, because we have no (assurances) that our healthcare will be covered following Brexit,” says resident Meryl Elmusrat, who bought her Spanish property in 2015.

"We do not know whether there will be a reciprocal arrangement between Spain and [the] UK, we do not know whether our pensions will be frozen or whether they will continue to be index-linked, the pound is devaluing all the time, so it is causing a huge amount of stress. If we leave the European Union with no deal, then essentially overnight we will become illegal immigrants in Spain. So we will not have any protection.” – Victoria Westhead, lawyer

The town in which these expats live is also concerned. The British community is important for the local economy, since it fills the gap between tourist seasons. Juan Carlos Maldonado, the Mayor of Mijas says, “It allows us to fight against the seasonal idea, generate employment all year and also [have] quality jobs.”

Residents who have retired, or who have moved elderly relatives over to the continent, are also concerned about rising healthcare costs if we crash out of the EU, or if an existing deal fails to give them adequate protection under the current EHIC insurance scheme or a renegotiated, similar, agreement. Like many other Brits in Europe, the people of Milas have formed a ‘Brexpats’ association to meet and discuss their concerns – difficult to do when the situation is so up in the air.

Those concerns are still as follows, especially as the prospect of a no-deal looms larger:

• uncertainty over right to remain
• a fall in the pound
• limbo over pension schemes: will these remain index-linked or will expats see the value of their pensions plummet due to a freeze followed by inflation?
• uncertainty over the cost of healthcare in their host nation
• issues over property and bureaucracy

Jason Porter, Director of Blevins Franks, has pointed out that anyone thinking of moving to the EU should have started sorting out their residency issues six months prior to the proposed exit of March 2019.

And there are additional concerns over travel to and from Europe, with the possibility of flights being cancelled and ports disrupted.

“The underlying reality is probably that it is difficult to believe that Spain and other countries with significant British populations would allow such a position to prevail as a mass exodus plus any impact on tourism would be very damaging for their economies. It is, however, not satisfactory that the uncertainty continues at this late stage.”

And they go on to say:

“With time running out there is nothing that has given us faith that the two sides will not allow this drift to disaster continue. However, there must remain a good chance that if no overall deal is possible, there will be compromises that will allow short term arrangements to be put in place to alleviate the worst consequences.”

With the Brexit Ministry in London and British Embassies in the EU working overtime to answer the unanswerable, the situation for British expats remains confusing and concerning. Leigh Turner, the British Ambassador to Austria, reports that Brits living in Austria have expressed grave concerns about their right to remain in the country: “I always say that Britain has made it clear that, even if there is a no-deal Brexit, EU-27 citizens can stay in the UK, and we would also like to hear that from the Austrian authorities loud and clear.”

British expats throughout the EU will be hoping for similar assurances across the board this month.