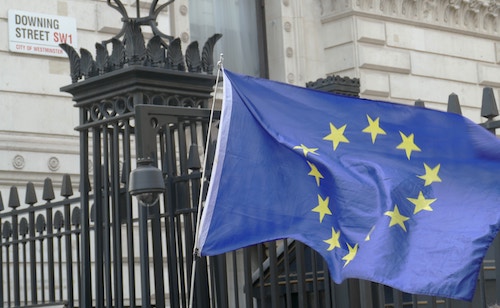 Now that the general election is over, with the Conservatives returned (in England, at least) with an overwhelming majority and thus a mandate to leave the EU, the government says that Brexit will now definitely go ahead.

Whatever you may feel about leaving the EU, at least there is now an end date in sight and a reduction of uncertainty with regard to the possibility of another referendum. Yet there is still a lack of clarity in some significant areas: the British government’s insistence that freedom of movement would end on the day after Brexit, for instance, followed by a climbdown once there was a threat of a legal challenge.With the Conservatives now firmly in place, therefore, and with Brexit on the horizon, what do these events mean for you as an expat in the EU? In the preceding months, Britons abroad have been subject to a very high degree of uncertainty relating to their position in EU nations.

Some countries, such as Spain, have started to make noises about playing hardball: Britons living in Spain will only be eligible for Spanish benefits, such as public healthcare, if the British reciprocate by securing the rights of Spanish nationals in the UK. Given that there has been an amount of sabre rattling on both sides, with new Home Secretary Priti Patel being bullish about immigration quotes and citizens’ rights, you can be forgiven if you are a British expat in Spain for being nervous about what’s likely to come to pass in early 2020.

Basically, for Britons abroad, however, nothing has really recently changed as far as the actual terms of the deal are concerned. This was set out a year ago, in the Citizens’ Rights section of the withdrawal agreement. The transition period – December 2020 – remains the same, too, so you will have a year in which, if you want to move to Spain, for example, you can do so, and if you want to move from Spain to another EU nation, you will be able to do that, too.

As long as the rights of Spanish citizens are secured in the UK, then your residence in Spain is now secured under the Royal Decree. However, you will still need to apply formally for residency and some countries, such as France, are tightening up their insistence on economic self sufficiency: you may need to prove that you can support yourself financially and the ceiling for this will vary from country to country.

Similar legislation is now in place for other EU states, too. You will have a right to stay if you arrive in most EU countries up to the end of December 2020. You will only then lose your right if you spend more than 5 consecutive years out of the EU. You won’t have to meet any conditions for your first 3 months, but after that you will only have the right to remain if you are employed, self employed, a student, self sufficient, or are a dependent of someone who fits into one or more of those categories.

However, this general principle may differ between EU nation states: the situation in France, for instance, is currently unclear because a new residence permit was introduced to replace the previous cartes de séjour citoyen UE. But the new permit was designed to cover Britons’ residence in the event of a no deal, and since that is deemed unlikely to happen now, British residents of France are seeking clarification as to whether the new permit will now apply. No deal is not entirely off the table, either, so to some extent the situation remains up in the air.

Under the current terms of the withdrawal agreement, however, the situation is more positive than a no deal scenario.

With regard to healthcare, if you are currently covered under a S1 form, or are applying for one, you will continue to be covered: the UK will pay for your healthcare while you are living in the EU.

Your pension will also be secured: this will continue to rise with the rate of inflation and will not be frozen.

Taxation regulations will not change either, as these are individually negotiated with member states.

If you are a ‘frontier’ worker – for example, if you live in Luxembourg but work in France, or live in Gibraltar and work in Spain – you will still be allowed freedom of movement with regard to your employment. However, once the UK leaves the EU, you will not be automatically entitled to move country for employment: for example, if you work in France, you will not be allowed to simply go and work in Germany without going through the immigration process again.

The issue of qualifications is difficult to get a grip on: some countries will recognize some qualifications, but this may change. For example, if you are a lawyer, your professional qualifications may be accepted now in your host nation, but may be subject to revision once Brexit comes to pass.

Your EU spouse may not be automatically entitled to join you once you return to the UK. You may need to consult an immigration lawyer with regard to any of your dependents if you choose to move back to Britain.

It is also still unclear as to the rights currently held by EU nationals resident in the UK. These may not be guaranteed – the Prime Minister has said that they are, but the legislation is not in place.

It’s important, therefore, to keep an eye on the situation from now until the end of January, and make sure that you’re abreast of any new legislation in your host country. You may also choose to campaign. Britons in Spain are calling for a Minister for Expats: someone who will be responsible for the fate of Britons abroad after Brexit. They are also calling for an end to the disenfranchisement ruling, as many British expats were unable to vote in the election even though the outcome may have a significant effect on them, and even though many continue to pay taxes in the UK.