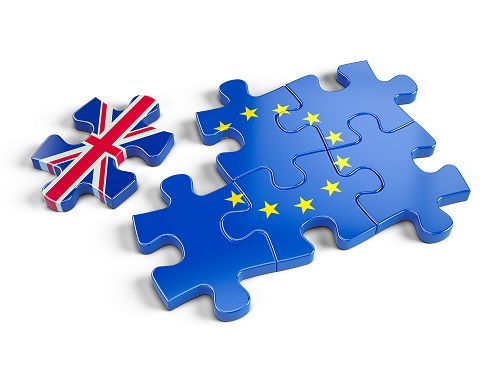 Six weeks after the end of the transition period, some of the effects of Brexit are beginning to become clear. Fishing remains in the spotlight, with older and smaller fishery operations complaining that they did not get the deal they were promised and that many will be forced to close. The music industry also has some significant complaints: under the current legislation, Brexit has put an effective end to British companies being able to run music tours in Europe.

The Road Haulage Association’s chief executive is similarly unhappy, and has written an irate letter to Michael Gove, complaining that UK exports have fallen by 68% in comparison to this time last year, and pointing out that 65% to 75% of trucks coming into the UK from the EU have been returning empty, due to a drop off in exports and excessive and unclear paperwork.

So, these are some of the impacts that the withdrawal has had. But what’s the situation like for British citizens resident in the EU?

Some lenders, including Newbury, Saffron and Marsden building societies, are refusing to lend to British citizens in Europe, saying that financial passporting issues do not make it worth their while to offer mortgage products. They add, however, that they hope that this will be a temporary issue and that a deal covering lending will be hammered out by the end of March.

Marsden is said to be an affordable lender to British citizens abroad, but even high earning clients with solid financial histories are now being turned away. Financial experts say that lenders would be ‘fools’ to exclude themselves from this market and that it is likely that some form of provision will be put in place.

Conversely, EU, EEA and Swiss nationals who have not yet applied for settled status in the UK may also find their relationship with their lenders adversely affected.

We have also heard from expats in Spain, who say that problems are looming, as they have not yet applied for residency. Their delay is due to the fact that they are waiting to sell property in the UK and run the risk of paying two lots of capital gains tax. However, lack of residency is likely to cause problems of its own when their 90-day ‘grace period’ ends. For some, the clock is ticking.

Overall, property experts expect the market to bounce back, in terms of British citizens buying property in the EU, but they point out that the market has taken a double whammy, as a result of both Brexit and Covid-19.

The British press, reporting on figures from the Department of Work and Pensions, recently revealed that nearly 11,000 pensioners have returned home from the EU since the referendum result. Difficulties with residency, and uncertainty over status and healthcare, are likely to have been causes of this exodus, which has reversed a trend of outward migration.

May 2020 alone saw around 3,000 people returning to the UK, mainly from Ireland and Spain, although there are many British pensioners still resident in the latter nation. Some British citizens, according to the Daily Express, say that they are ‘furious’ about being treated like second class citizens, while EU nationals remain resident in Britain with few problems. However, the foreign expats that we interviewed in the UK reported significant difficulties in applying for citizenship and extending visas. For example, they have been obliged to travel during the pandemic in order to re-submit biometric data that the authorities already possessed. However, the perception of British expats abroad is that there is not an equivalence between the approach taken by the UK government and that adopted by their host nation. Some expats also reported anti-English sentiment in their host countries.

Pension advisers say that British expats should be aware of some potentially costly changes coming their way. While pensions were triple locked at the end of the transition period, the Qualifying Recognised Overseas Pension Scheme, which allowed British expats to transfer their UK pensions tax free into qualifying structures in their host country, may still face additional taxation by the EU.

As well as that, pensions in the UK itself may see the triple lock being chopped. Although this was an election manifesto promise, the Chancellor may use Covid-19 as an excuse to tinker with pensions. It could, for example, be changed to a lock to average earnings. We advise that you keep an eye on the March budget and on any potential alterations to your pension under the legislation of your host country.

Getting your Covid-19 vaccination abroad

If you’re a British expat in the EU, you will be able to access your Covid-19 vaccination from your host country’s national health service. If you are based in France, Spain or Portugal, you can find additional guidance on this on the Expat Focus website.

Expats in Brussels have become used to the taste of home, thanks to British-run supermarkets that import UK foodstuffs. Well, they used to, but their shelves are now empty, as a result of import confusion after the end of the transition period. Stonemanor have even been forced to close at the weekend for the first time in 40 years. However, the Irish have come to the rescue. Stonemanor has now been able to order bacon and sausages directly from Ireland. The company that has supplied them says that it has doubled its pallet loads to the EU.

Other companies in Belgium, such as M&S, report similar difficulties to Stonemanor, saying that increased quantities of paperwork, complex customs forms and significant supply chain delays have all contributed to working around the UK when it comes to ordering in British foodstuffs. Hopefully, these are teething problems and will be ironed out. Nonetheless, in the meantime, Irish exporters seem to be saving the day.